Churchill paintings to remain at Chartwell 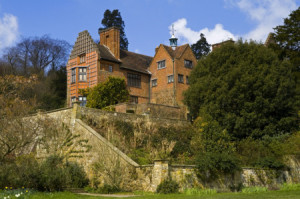 The south front of Chartwell, the home of Sir Winston Churchill between 1922 and 1964, Kent

Royal Oak is pleased to announced that the UK Government has accepted a major collection of paintings by Sir Winston Churchill in lieu of inheritance tax. Most of the paintings have been allocated to the National Trust and will remain at Chartwell, where they had been on long-term loan.

The paintings were part of the estate of Lady Soames, Churchill’s last surviving child, who died last year. The inheritance tax liability was less than the tax settlement value of the paintings, but the executors of Lady Soames’s estate generously agreed to forgo the difference. In addition one further painting by Churchill was donated directly to the National Trust by the executors.

Apart from being a soldier, writer and politician, Churchill was also a talented amateur artist. As Lady Soames herself wrote of her father: ‘… in his 41st year [1915] painting literally “grabbed” him, thereafter playing an increasing and abiding role in his life, renewing the source of his great inner strength and enabling him to face storms, ride out depressions and rise above the tough passages in his political life.’

This allocation is yet another example of the hugely important role of the Acceptance in Lieu scheme in safeguarding important works of art and heritage objects for the benefit of the public. Over the last five years the scheme has brought items to the value of £150 million into public collections in the United Kingdom.

The Royal Oak Foundation is pleased that these works will remain at their home in Chartwell, and that our members will enjoy continued access to them and the jointly American and British legacy Churchill forged.