Looking for a place to gaze up at the stars, or even just explore the outdoors? Royal Oak members enjoy unlimited access to the National Trust’ wealth of countryside and coastline, perfect for unobstructed views of the night sky. Join Now 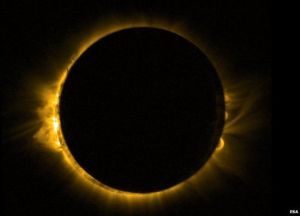 The European Space Agency caught this image of the eclipse

This was a big week for sky watchers in England, as we were treated to an incredible show with Friday’s solar eclipse. Thanks to a combination of remarkable visibility (the weather was better than expected) and the totality of the eclipse (it approached 100% in some areas), much of Northern Europe enjoyed rare access to the phenomenon.

Few places offered better sightlines to the eclipse than National Trust properties across the UK. Places like Polesden Lacy, Surrey waived visitor fees while the eclipse was going on, allowing viewers to settle in on the lawn, throw on the appropriate eyewear, and settle in.

Whether it’s an eclipse or a night of sky watching, gazing up at the stars simply goes best with a National Trust scone and beautiful countryside settings. With that in mind, here are the Top 5 National Trust properties for sky watching.

The list has been adapted from the always-excellent National Trust Press Office. Find them and other excellent Anglo-blogs in our sidebar to the left.

With the Lake Districts varied landscape as a backdrop, you’ll be hard pressed to find a more picturesque earthly location to look at the stars. 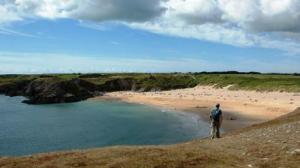 Ideally situated along the coast, stargazers can relax, listen to the waves crash ashore and take in the secluded bay, which can only be reached by a cliff path.

Another coastline reachable only through a special path, it offers a view of the coast and the sky that ranks among the most beautiful in Cornwall.

This Eduardian estate’s garden contains exotic plants. Wander through it, then lay down a blanket on a clear spot of grass and take in the sky. 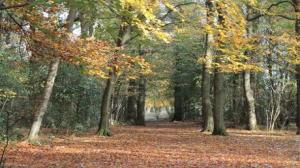 Find a clearing in these woods after a day of hiking and enjoy a night of gazing at the stars from your camp site.

This low-tide beach provides breathtaking views of the Cornish coast, and this former industrial area is now home to beautiful, clear skies.