A Beacon of US History in London

Royal Oak members enjoy half-price admission to the Ben Franklin House in London. Learn more about this storied house with roots to our colonial history, and plan your visit today. Join Now 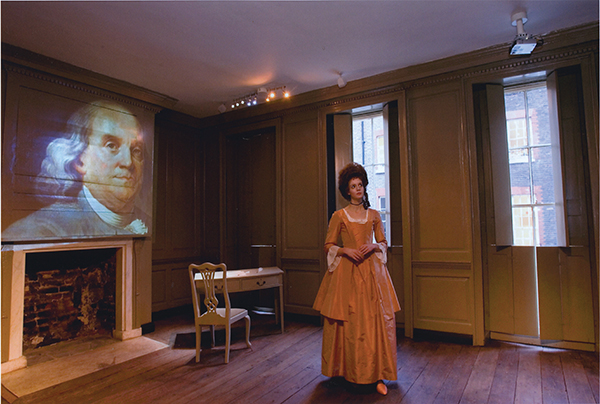 Logic dictates that history buffs in search of Ben Franklin should head directly to Philadelphia, Pennsylvania, a city undeniably chock-full of Franklin connections. But if you’re looking for Franklin’s house, Philadelphia is off target by almost 4,000 miles.

Leave behind the roar of traffic and the crush of tourists on Trafalgar Square. When you venture down tiny Craven Street it’s like escaping modern London and traveling back 250 years. The unassuming row house at number 36 was Benjamin Franklin’s home from 1757 to 1775. Franklin was here as a diplomat, trying to negotiate on behalf of Colonial America. Never one to give up scientific investigating and tinkering, while in London Franklin invented a 24-hour clock and bifocal glasses. When his efforts at diplomacy failed, he beat a hasty retreat from London, just ahead of war between Britain and the American colonies.

During Franklin’s 17-year residence, the house operated as a de facto American embassy. An echo of that function remains. The Benjamin Franklin House offers programs and events tied to American history and culture. From scholarly lectures to Thanksgiving dinner, the Franklin House serves up an array of special programs weaving together threads of American and British history.

The Tower of London, Buckingham Palace, the British Museum…London is filled with marquee cultural and historical icons. But the city also boasts a myriad of smaller, less well-known attractions competing for visitors’ attention and attendance. “The London Partner program has been wonderful for us,” explains Franklin House director Dr. Márcia Balisciano. “We are a small, independent, and relatively new site in the city. To be recognized as ‘National Trust caliber’ is very gratifying.”