Ightham Mote: An English Jewel, Donated By An American

Charles Henry Robinson, Jr. of Portland, Maine purchased the 14th-century manor in 1953 and knew it was meant for anglophiles around the world. 2015 marks the 30th anniversary of his donation of Ightham Mote to the National Trust. 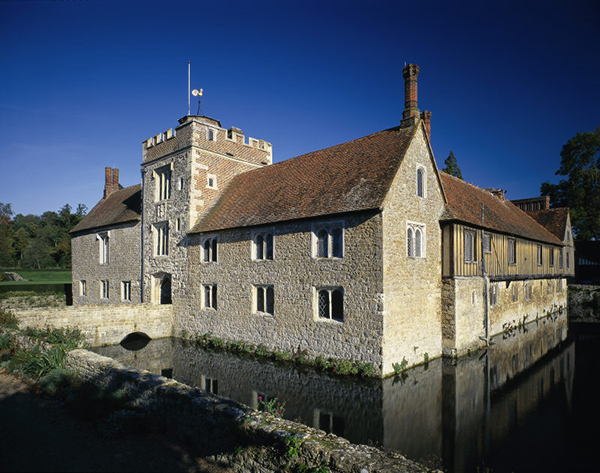 As a nephew of Charles Henry Robinson, Jr., donor of Ightham Mote to the National Trust, my wife and I had the privilege of visiting my uncle more than fifty years ago at his magnificent and historically important moated manor house. When we arrived, we had only made brief acquaintance with the place, but from this visit on, our affection grew and for a very long time Ightham Mote has occupied an important place in our lives. We now visit Ightham Mote three times a year and stay in one of the cottages on the property, enjoying the beauty of the house and gardens just a few steps away.

Ightham Mote was a great love for my uncle and became a home for him during the final years of his life. He had first seen the house in the 1920s when it was owned and occupied by the Collyer-Fergusson family and he was immediately taken with it. Thirty years later in the 1950s, he spotted a notice in Country Life that the property was to be sold. He made an offer, had second thoughts and withdrew it. Then, confidence restored by family encouragement, he made the offer again and it was his.

The span of time between Henry Robinson’s acquisition of Ightham Mote in 1953 and today, roughly sixty years, can be divided in two nearly equal parts: the period when it was owned by my uncle himself and the period under the management of the National Trust. The first thirty years and the last thirty years stand in great contrast in many ways; but two important themes run throughout: the love of the property and the conviction that this 600-year-old house is of enormous historical importance. 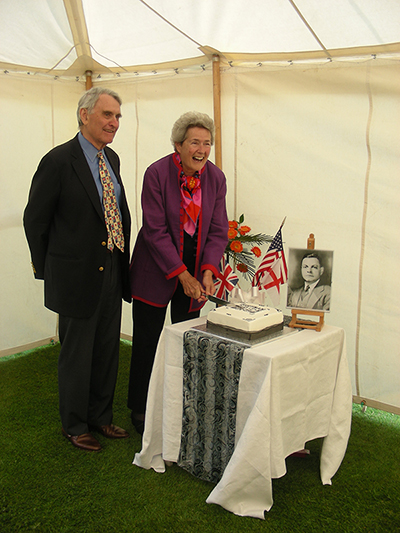 The author Tim Robinson and his wife, Maren, in front of a picture of Charles Henry Robinson, celebrating the 25th anniversary of the National Trust’s acquisition of Ightham Mote, Kent in 2010

From the very beginning, Uncle Henry believed deeply that Ightham Mote belonged to the English people, and arranged for it to be donated to the National Trust upon his death. It was his plan to make it his home, adding appropriate furnishings to suit his tastes and needs. He attended to repairs and maintenance as required during his lifetime. Any changes of significance during his ownership were undertaken in consultation with the National Trust so that the interests of the English people and, indeed, people from all over the world were well-served.

In 1985, upon Uncle Henry’s death, the National Trust assumed responsibility for the care of the house. During this period, the National Trust began a massive conservation program that involved the entire property. Thanks to a special fundraising appeal and a donation from Sir James Collyer-Fergusson, who owned Ightham Mote before my uncle, the National Trust was able to make unexpected discoveries about the house.

Ceilings above ceilings and walls behind walls revealed that successive owners had different tastes and styles and possibly different ways of life, giving us a glimpse into English history.

One must marvel at the extraordinary work the National Trust has done over the last thirty years and at the way this moated manor is now managed. More than 130,000 visitors came last year and these visitors, both casual and scholarly, come from many parts of the world. Henry Robinson would be pleased if he could know what has happened these last years—secure in the knowledge that Ightham Mote has been rescued and that it is treated with tender, loving care.

While I believe we as a family are entitled to a bit of pride, all appreciators of British history owe a debt of gratitude to the National Trust, which, inspired by its devotion to the task of conservation, has brought Ightham Mote to life and ensured that it will live on for centuries to come.