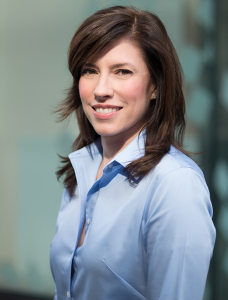 “Lori is an ideal fit for the Foundation and we are excited to bring her on board,” Lynne Rickabaugh, Royal Oak chairman said. “Royal Oak’s focus over the next several years will be on increasing our visibility, growing our membership base while improving service to current members, and further enhancing our development activities in support of the National Trust.  Lori is uniquely positioned to contribute in all three of these areas.”

Ms. Brittle received a B.A. from Agnes Scott College in 1996, with degrees in French and History, and in 2006 earned dual MBAs in International Management from the University of South Carolina’s Moore School of Business and the Vienna University of Economics and Business in Austria.

“I am delighted to be joining The Royal Oak Foundation. The importance of preserving history and cultural exchange in today’s global context cannot be overstated,” Ms. Brittle said. “This is an exciting time in the Foundation’s growth, and I look forward to working with Royal Oak’s dedicated board of directors and staff.”

Ms. Brittle succeeds Sean Sawyer, who resigned in May after almost five years to become the Washburn & Susan Oberwager President at The Olana Partnership in Hudson, New York.

The Royal Oak Foundation was established in 1973 to support the National Trust’s mission of historic preservation and promote cultural exchange through scholarships and internships. The National Trust was founded in 1895 and today has more than four million members in the UK. It is the steward of more than 350 historic sites of outstanding interest and importance as well as 610,000 acres of countryside in England, Wales and Northern Ireland and over 775 miles of coastline.