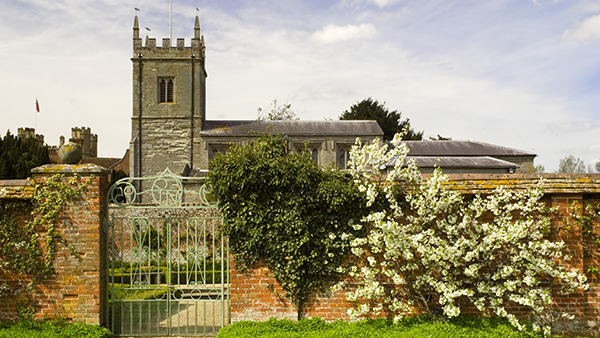 The Church of St Peter and the gates to the Walled Garden at Coughton Court, Warwickshire

We caught up with one of our speakers, Dr. Tessa Murdoch of the Victoria & Albert Museum, before her lecture at New York City’s Explorer’s Club. Watch the video below to learn more about Tessa’s research on Catholic art and life in Protestant England.

Don’t miss out on any of our upcoming speakers. Learn more

Dr. Tessa Murdoch is Deputy Keeper in Department of Sculpture, Metalwork, Ceramics and Glass at the Victoria & Albert Museum. Previously, she worked at the Museum of London. She was awarded the 2002 Getty Curatorial Grant for research on 18th century English giltwood furniture. Dr. Murdoch has written and edited several books and articles for noted publications. Her most recent work is Going for Gold: Craftsmanship and Collecting of Gold Boxes (Sussex Academic Press, 2014). Following a Curatorial Research Fellowship at the Yale Center for British Art, Dr. Murdoch’s lecture will reveal new research on Secret Catholicism in the British Isles, which forms part of a joint project with Alexandra Walsham of Trinity College, Cambridge.

The English Reformation began in 1534 with The Act of Supremacy in which King Henry VIII declared himself ‘the only supreme head on earth of the Church in England.’ Any display of allegiance to Rome and the Catholic pope was deemed treasonous and had deadly consequences. Indeed it was under this act that Thomas More and Lady Margaret Pole, Countess of Salisbury were executed. During the 16th-18th centuries, those who refused to attend Anglican services were known as recusants and were subject to new taxes, fines, and land seizures. Dr. Tessa Murdoch will reveal that despite religious and political obstacles, recusants made great artistic contributions through patronage of art, music, and architecture. Her lecture will feature portraits, chapel furnishings, and furniture, plus Grand Tour collections that reflect the English recusant travel to 18th-century Catholic European cities. Treasures from important National Trust houses such as Coughton Court and Oxburgh Hall—still in private family ownership—will be featured.