Where to visit now that Downton Abbey is over 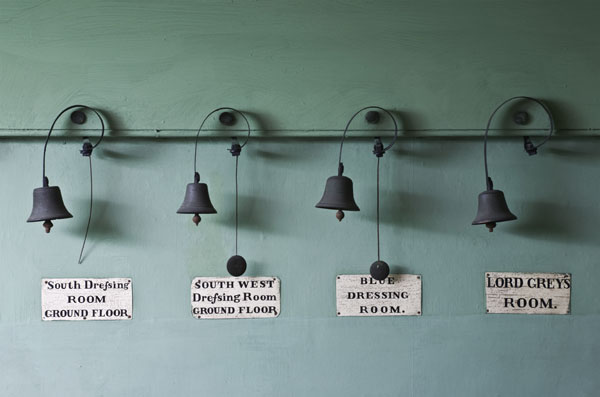 Many Royal Oak members will recall meeting journalist and historian, Tessa Boase, who traveled through the US revealing the stories she uncovered in her research about the upstairs, downstairs culture in Britain’s finest country estates. Tessa has agreed to share her stories here on Royal Oak’s online AngloFiles Magazine. If you’d like to learn more about Tessa’s research, you can purchase her book ‘The Housekeeper’s Tale’ from her website.

You can visit Highclere Castle – but you can’t, alas, visit the servant quarters of TV’s Downton Abbey. All ‘downstairs’ scenes were filmed at Ealing Studios, West London, where a perfect set was created to transport us to the basement of a great house. Perhaps too perfect… one looks in vain for rising damp and black beetles, the bane of every country house cook.

Where should we go for the real thing? Many servants’ quarters were turned into storage rooms and offices during the latter 20th-century, when the National Trust took on many of its properties. These gloomy basements weren’t thought to have anything of interest to offer the visitor – but all this has now changed. British country houses are scrambling to restore their service wings, as it turns out that the public has an insatiable interest in sculleries, roasting jacks and boot rooms.

I’m firmly in the sculleries camp. After four years spent researching the lives of real servants, I found it thrilling to walk the real flag-stoned corridors and imagine my women going about their business. Sunlight deprivation preoccupied me. The distances they walked was surprising. I could see there was plenty of scope for below-stairs flirtations – but also for hazardous accidents… To me, these quarters have as much (if not more) relevance as the splendors of ‘upstairs’. 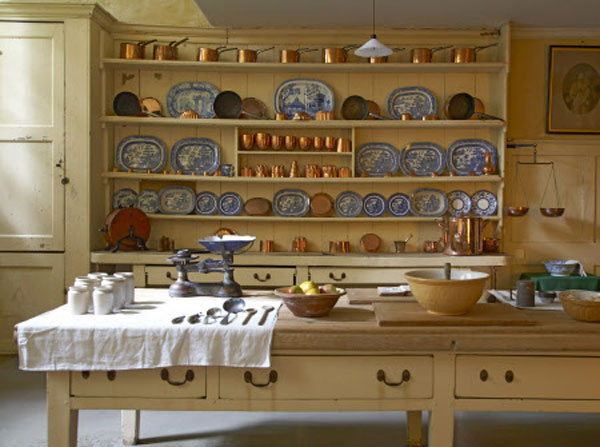 The dank, underground nature of these servants’ quarters proved the perfect protection against a devastating fire in 1989. This is a time warp thrilling to visit. Pushing through the red baize door and descending to the basement, you get a panicky sense of claustrophobia. Tunnels connect the kitchen with the basement rooms. Here Mrs. Wells, mother of the writer H.G. Wells, reigned as High Victorian housekeeper. It was not a job she enjoyed – as I was to discover. 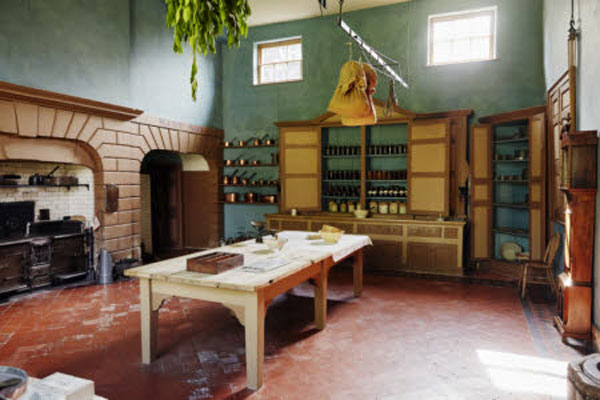 Some of the most perfectly preserved servants’ quarters existing, including a vast kitchen with soaring ceiling and royal blue walls. ‘Waste Not Want Not’ reads the intimidating inscription above the hob, a stern command for each new cook-housekeeper (and there were many at Erddig). I used these rooms to help reconstruct the story of Edwardian beauty Ellen Penketh, the overworked ‘thief cook’ who ended up in court. 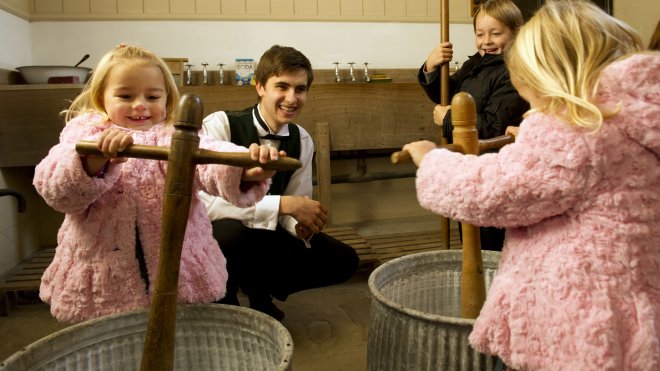 Not the Crawley family, but the Cawley family inhabited this neoclassical mansion in sumptuous grounds.  Designer Henry Holland came up with the perfect solution to hiding away Berrington’s army of servants: a hidden staircase, an underground tunnel and various hidden doorways. Servants were meant to remain unseen – and here you can trace their footsteps, trying to make yourself invisible. Dairy, laundry and pantry are brought to busy life with costumed volunteers. 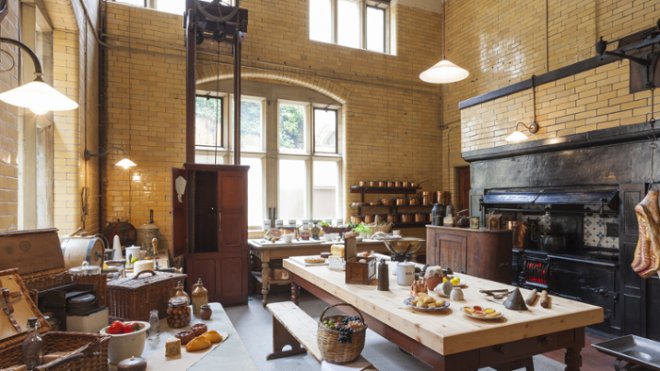 The words ‘technology’ and ‘English country house’ rarely sit together, so these 19th-century servants’ quarters are fascinating for their unusually modern gadgets. Cragside was the first house in the world to be lit by hydroelectric power; the Prince of Wales himself visited to see ‘the palace of a modern magician’. There’s a hydraulic lift for the lucky servants, early versions of a gas stove – even a dishwasher, created by madcap Victorian inventor Lord Armstrong. 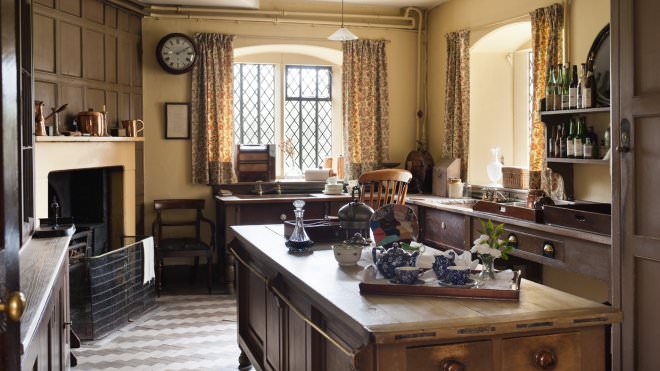 A Georgian estate, and a full complement of kitchens, sculleries, butlers’ pantries and serveries. So complete are these rooms, and so detailed the archives, that it’s a favorite with historians. (Particularly fascinating is Pamela Sambrook’s A Country House at Work). The kitchen has an ‘inspection gallery’ where guests could view the work of servants toiling red-faced down below, and marvel at the newly constructed ‘kitchen court’ of 1720. All remains intact today.

And if you can’t travel this year…

You can now paint your own ‘service quarters’ in the exact shades used on the Downton Abbey basement set at Pinewod. Amber Grey (Mrs Patmore’s kitchen) and Empire Grey (Mr Carson’s pantry) are available via www.mylands.co.uk – a very posh English paint shop dating back to 1884.

Learn more about the High Victorian housekeeper or the ‘thief cook’ in Tessa’s The Housekeeper’s Tale. Make sure you include your Royal Oak membership card on your next Downton Abbey-inspired trip!