Hidden History: "A Pavilion is Never Just a Pavilion" 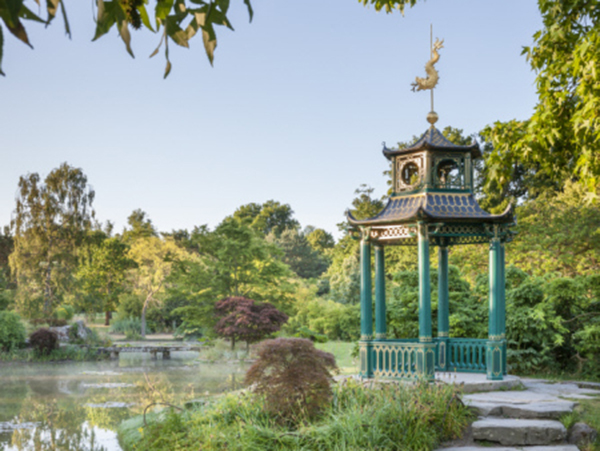 The Japanese pagoda in the Water Garden at Cliveden, Buckinghamshire. 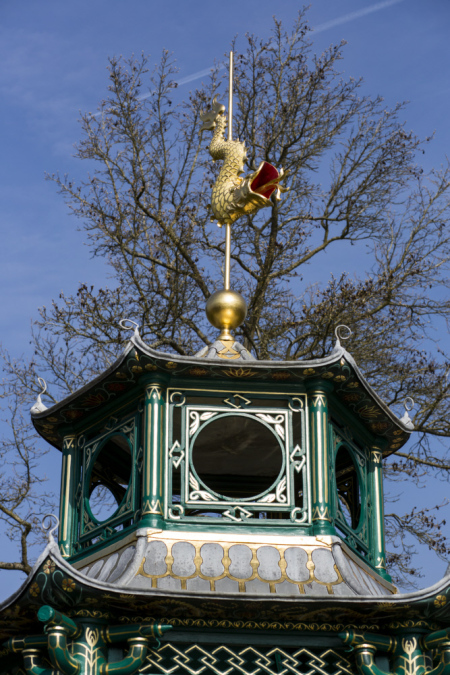 Golden Dragon Weathervane on the top of the Chinese Pagoda in the Water Garden at Cliveden, Buckinghamshire

The garden pavilion called the Pagoda, at Cliveden in Buckinghamshire, has recently been restored. Its stone pillars had become eroded, the paint was flaking and its dragon finial was corroding.

Investigation of the paint layers by Lisa Oestreicher had revealed six successive decorative schemes. It was decided to recreate the third one, which was thought to date from shortly after the pavilion’s arrival in Cliveden in 1900.

Decorative artist Saskia Huning was commissioned to recreate the painted decoration and gilding. Several tones of green were used, as well as polychrome decoration, to give the Pagoda back its delicate sparkle. The colouring of the trompe l’oeil fluting on the columns was graded

The sinuous zinc dragon (or is it a sea monster?) on the roof was repaired by conservator Anna-Lena  Adamson and its tongue welded back in place by Rupert Harris Conservation. The restoration is described in detail in the winter 2013-14 issue of ABC Bulletin. 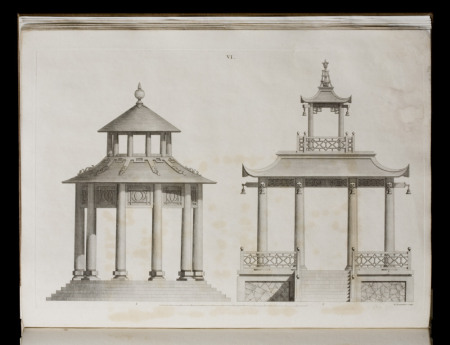 As I mentioned previously, the Cliveden Pagoda was originally part of the Exposition Universelle in Paris in 1867. After the close of the exhibition it was purchased by the Marquess of Hertford and set up in the garden of his Paris residence, Bagatelle, in the Bois de Boulogne. In 1900 it was bought by William Waldorf Astor, 1st Viscount Astor, and brought to Cliveden to provide added oriental ornament emphasis to the newly created Water Garden.

In fact its history goes back even further, as it is a copy of a pavilion that was erected in the garden of the château de Romainville, near Paris, in the 1780s. That pavilion, in turn, was based on the designs of ting-type garden pavilions in William Chambers’s book Designs of Chinese Buildings, published in 1757.

Discover the hidden histories protected by the Trust at Cliveden and beyond. All you need is your Royal Oak membership and passport. Join Now