Enjoy below Emile’s recap of the most recent conference he attended on Chinese wallpaper in the west. 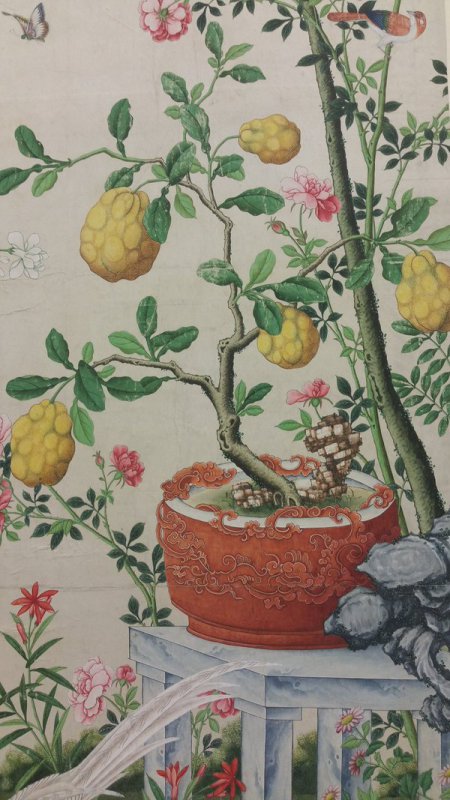 I am just looking back on the conference on the subject of Chinese wallpaper in the west that took place between Thursday 7th and Saturday 9th April. It has been a frenetic but extremely productive and enjoyable few days.

It was the first ever conference looking at Chinese wallpapers in the round, presenting some of the groundbreaking work and research now being carried out in this area. It is becoming more and more clear that Chinese wallpaper wasn’t just a form of Chinese export art, or a just form of European chinoiserie, but that it was (and is) a global product firmly rooted in both east and west. 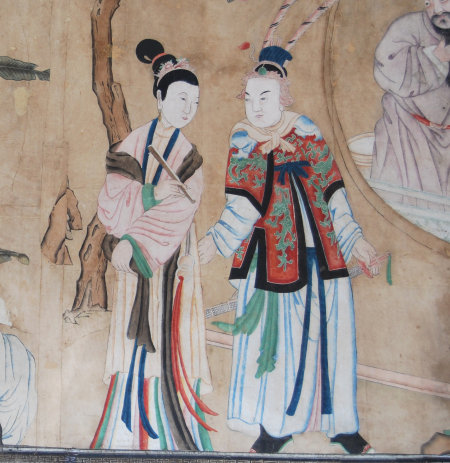 Chinese prints used as wallpaper in the Chinese Dressing Room at Saltram, near Plymouth (NT 872998). The shading on the clothes, trees and architecture is a stylistic feature adopted from western art.

Coutts & Co generously hosted day one of the conference, at their premises at 440 Strand in London. The conference delegates were given guided tours of the Chinese wallpaper originally acquired by banker Thomas Coutts around 1800.

The focus of this day was on the taste for and trade in Chinese wallpapers. We were fortunate in having been able to secure speakers from Europe, America and China. The subjects ranged from the earliest uses of Chinese pictures as wall decoration in the west all the way to the continuing popularity of Chinese wallpaper today. 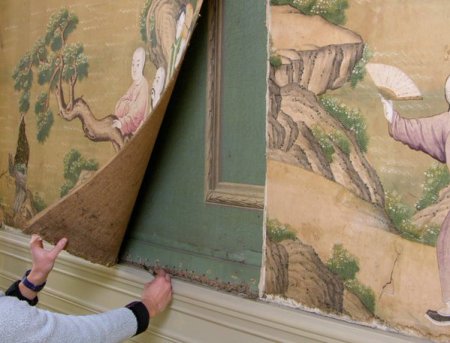 Conservation work revealing a European wallcovering underneath a Chinese landscape wallpaper at Oud Amelisweerd, near Utrecht, The Netherlands. This discovery helped to date the introduction of the Chinese wallpaper.

The second day of the conference was held at the Victoria and Albert Museum in London, where we were the guests of the Asian Department. During the morning there were talks on the technical side of Chinese wallpapers, with insights into how they were made and examples of how they have been conserved, provided by some of the foremost conservation practitioners in the field. 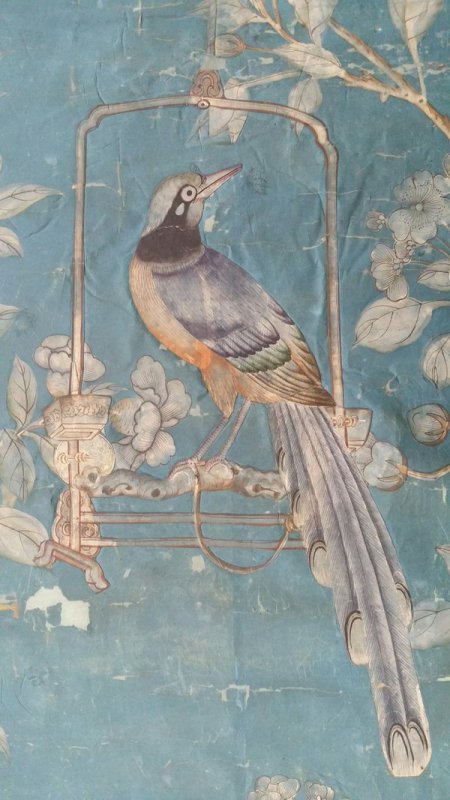 A section of the Chinese bird-and-flower wallpaper from Moor Park, Hertfordshire, now in the Victoria and Albert Museum (E.533-1937), which was being treated as the conference delegates visited the conservation studio. It is closely related to Chinese wallpapers at Houghton Hall, Norfolk, and Temple Newsam, Leeds.

Then in the afternoon the colleagues at the V&A made a number of Chinese wallpapers from their extensive collection available to view. It was hugely exciting to see these beautiful and fascinating wallpapers up close and to discuss them with so many knowledgeable people. We also had the privilege of being able to witness one section of wallpaper being worked on in the paper conservation studio. 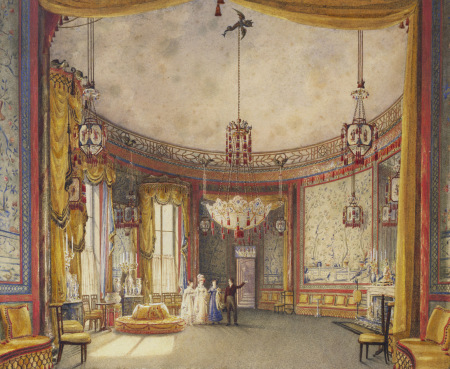 The Saloon at the Royal Pavilion, Brighton, with the Chinese bird-and-flower wallpaper on a cream ground that hung there between 1816 and 1822. After Augustus Charles Pugin, Royal Collection, RCIN 918161. Royal Collection Trust/© Her Majesty Queen Elizabeth II 2016

On the third day there was an optional excursion to the Royal Pavilionin Brighton. This was a chance to see an actual example of the use of Chinese decoration in a British historic interior. Although the Pavilion is unique in its exuberance and opulence, the creative use of Chinese objects and materials is a thread that runs through the history of western design and decoration between the sixteenth century and the present. 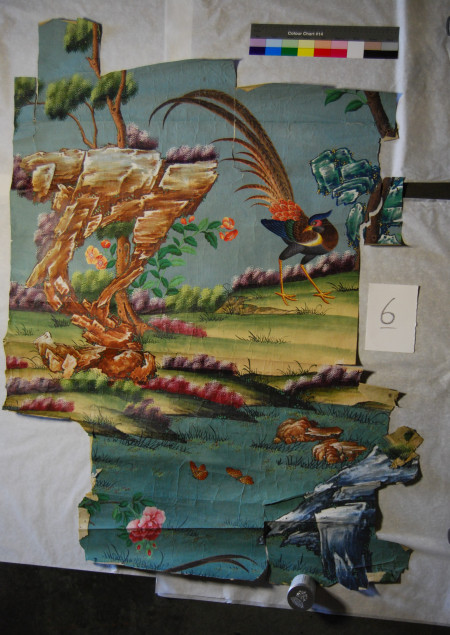 Unused section from the Chinese bird-and-flower wallpaper hung in the Lower India Room at Penrhyn Castle, near Bangor, in the early 1830s. The unused sections have been kept in store at Penrhyn ever since and retain their original, almost shockingly bright colours. ©National Trust/Andrew Bush

We are extremely grateful to everyone at Coutts, the V&A, the Royal Pavilion and the National Trust who have made this event possible. The speakers have been very generous with their time and expertise. And personally I want to pay tribute to my good-humoured, indefatigable and generally brilliant co-organisers Andrew Bush, Alexandra Loske and Anna Wu.

A few more images and conversations relating tho this conference can be found on Twitter via @ChineseWP2016.