Exploration of the Folly

A brief but energetic exploration of the architectural phenomenon that will be celebrated on October 5th. Tickets available here.

A folly is a whimsical or extravagant structure built to serve as a conversation piece, lend interest to a view, commemorate a person or event. They are found most often in 18th century England.

The best explanation of a folly is an example. 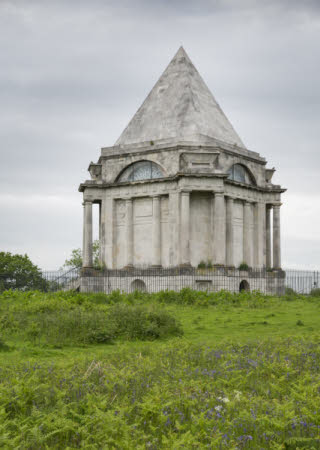 Our celebrated folly was originally intended to be the eternal resting place of the Earls of Darnley and family. Although it was completed in 1786 it was never consecrated and could not be used for burial. With it’s prominent pyramid visible above the tops of Cobham Park, landscape designer Humphry Repton suggested it be converted to a viewing platform.

The Gothic Folly at Wimpole 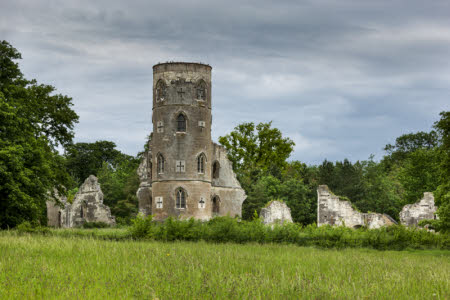 The Gothic Tower on Johnson’s Hill on the Wimpole Estate, Cambridgeshire.

Built after a design by Philip Yorke, 2nd Earl of Hardwicke’s father for their castle. ‘Capability’ Brown oversaw the construction of this folly which features panoramic views of the parkland and country. 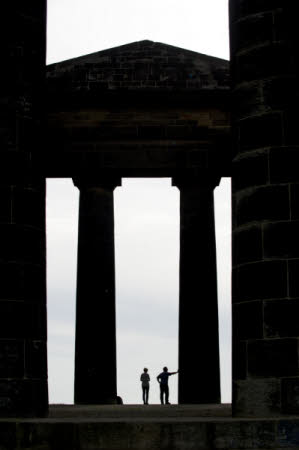 This grand monument was built in 1844 in memory of John George Lambton, the first Earl of Durham. At 30 metres (98ft) long, 16 metres (52 ft) wide and 20 metres (66 ft) high, it is rather imrpessive and well worth a visit. You can enjoy far-reaching views and some peace and quiet. 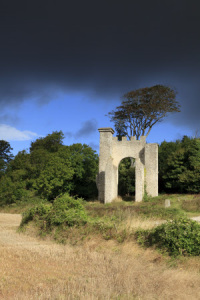 The Folly in September on the Slindon Estate, South Downs, West Sussex

This flint archway known as The Folly was built in 1817 at the request of Anne, Countess of Newburgh. The design was taken from an old Italian print, and originally had a thatched tea house on the south side. The Countess would drive here in a four horse wagonette to take tea and enjoy the view. It’s still a lovely place to picnic, with tremendous views down to the coast.

If you’re in the U.K. Currently on view folly! in the water garden at Fountains Abbey & Studley Royal Water Garden 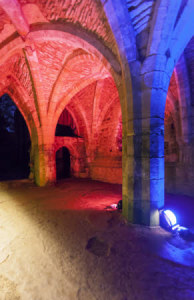 Fountains Abbey lit up with colored lights at Christmas time, North Yorkshire. Built in 1132, Fountains Abbey is one of the best preserved Cistercian monasteries in England, and is now recognized as a World Heritage Site.

The original designers of the Studley Royal Water Garden, the Aislabie family, created many follies on this vast and beautiful estate to surprise and delight their eighteenth-century guests.

Featuring work by artist, Mat Collishaw, one of the UK’s most thought provoking contemporary artists, two new installations have been co-commissioned with London Gallery Blain|Southern to play with your senses and trick your eyes! 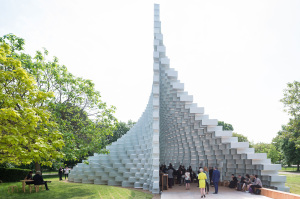 Image from the Serpentine Gallery

The Serpentine Gallery sponsors the creation of a folly by an architect. Past follies designers include Zaha Hadid,  Frank Gehry, Herzog and Meuron with Ai Weiwei,  Oscar Niemeyer, Jean Nouvel and SANAA. This year’s artist is Bjarke Ingels. http://www.serpentinegalleries.org/exhibitions-events/serpentine-pavilion-and-summer-houses-2016  This inverse replica of Queen Caroline’s Temple is on view until October 9th. Maybe you can fly over and catch it after FOLLIES.

Join us, bid on our folly models in the silent auction and revel in our Indoor Garden Party celebrating this niche element of architectural amusement, FOLLIES.