Set upon the leafy and meandering banks of the Thames, Ham House is a jewel in the crown of National Trust properties. Ham not only boasts a substantial collection of art, textiles and furniture dating back to the early seventeenth century, but the property itself is also an architecturally-compelling tour de force of Jacobean, Caroline and later Restoration design. 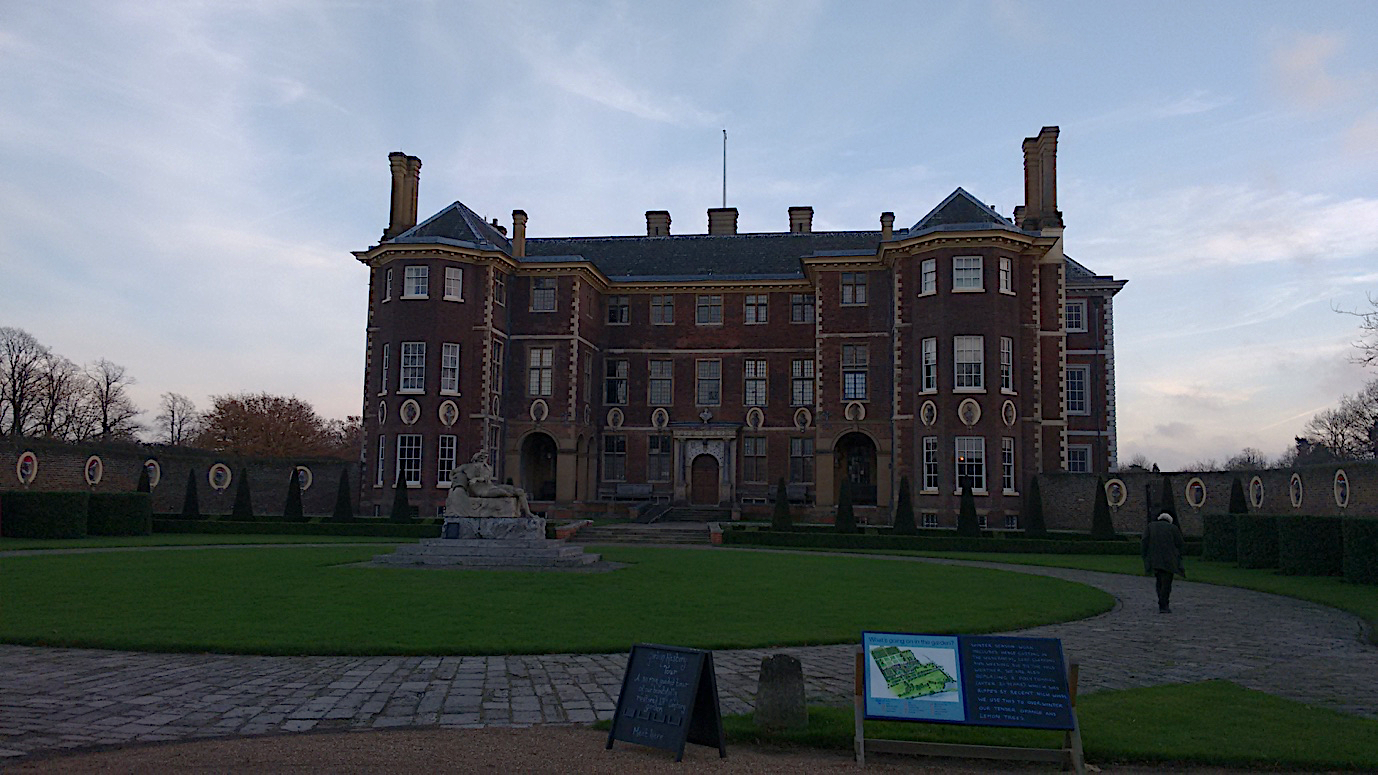 A view of the older, Jacobean wing of Ham House, Richmond (National Trust).

These features, along with a beautiful courtyard garden, make for a pleasant and delightful visit. Indeed, Ham is a much cherished National Trust property and a known favourite of Royal Oak’s friends and members. It is therefore a great privilege to be part of a project that is working to transform the way visitors engage with Ham’s rich history.

The ‘Story Intervention’ project between the National Trust and the University of Oxford aims to offer short, focused reinterpretations of specific parts of Ham’s story, using one or several objects in their collection.

My ‘story intervention’ focuses on the John Hoskins portrait of Catherine Murray (c. 1638), which will be redisplayed for the first time in several decades. 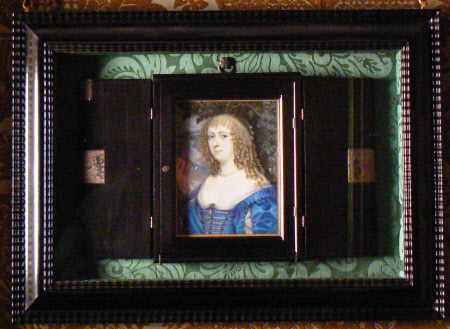 The Hoskins portrait of Catherine Murray (née Bruce), in its original ebony case,
as it is currently displayed at Ham House.

I have chosen this striking and beautiful image of Catherine to shine a light on this fascinating and lesser-known character in Ham’s history.

Catherine was the wife of William Murray, groom of the bedchamber to Charles I. As such, she participated in the cultural milieu of the Caroline court in the 1630s. Charles I and his queen consort, Henrietta Maria, were famously enthusiastic patrons of the arts. In many ways it was not until Charles I’s reign that the English court fully embraced the artistic and cultural products of the Continental Renaissance.

The Hoskins portrait of Catherine was painted at the height of the Caroline era and stands as a testament to the tastes and fashions of the courtly elite. Catherine is richly adorned with pearls, a prominent symbol of fertility, and she boldly presents herself as a woman of perception and taste.

But the portrait also reveals the darker and turbulent history of Ham during the chaotic and violent Civil Wars that gripped the British Isles from 1639 to 1660. This was a time of violent overhaul of the status quo, when King fought Parliament for governance of the Church and State; a time when political revolution entered even the quiet reposes of country houses. 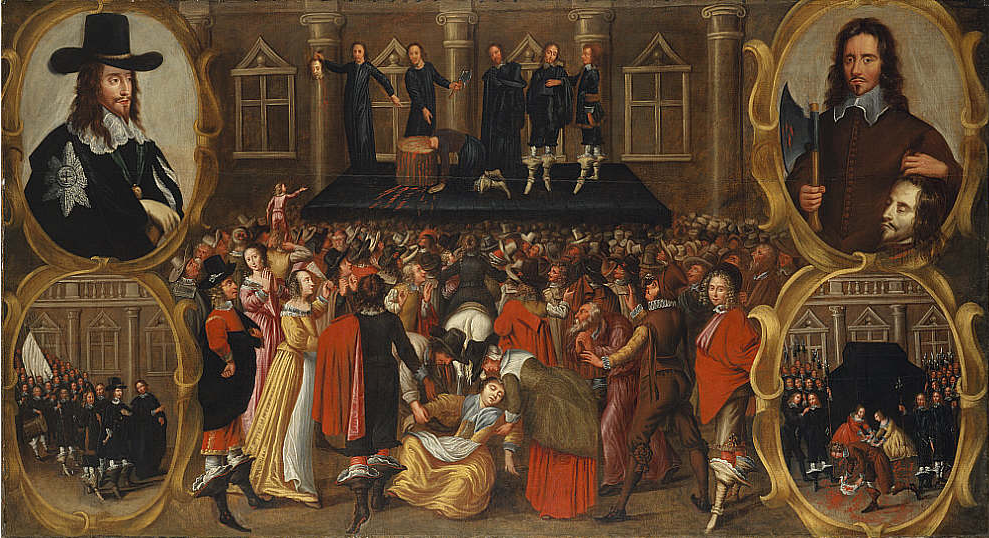 William Murray, as a close confidante of Charles I, became an active royalist messenger during the Civil Wars; a service that took him across the country and overseas to France, the Netherlands and even Rome. With William away from Ham for long periods, Catherine was often left to protect her children and defend the family’s property. 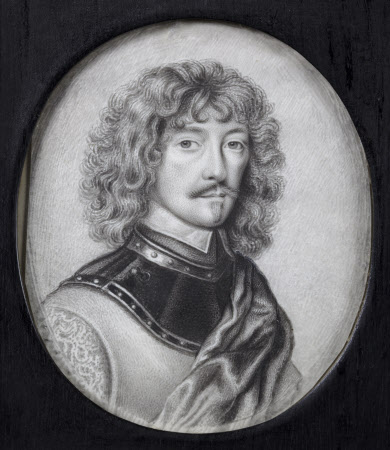 Catherine protected Ham Home from sequestration by Parliament, the process by which royalists were deprived of their lands and goods. She petitioned Parliament several times during the 1640s, significantly in the spring of 1646, when her husband was detained in the Tower of London as a royalist spy. The loyalty to Parliament of her relative, Thomas Bruce, first Earl of Elgin, who as a Scottish Presbyterian was fighting against the King, may also have helped bolster Catherine’s case.

Catherine’s story was in many ways axiomatic: it encapsulates the real struggle for political agency fought by women during the period that has become known as the English Revolution. During these two decades of crisis, both royalist and parliamentarian women bravely defended their homes and protected their children from the armies that swept across the country. The portrait of Catherine, in a beautiful ebony case, may well have journeyed with William on his royal missions, as Catherine stayed behind to fight the political battles that saved her family and its property. 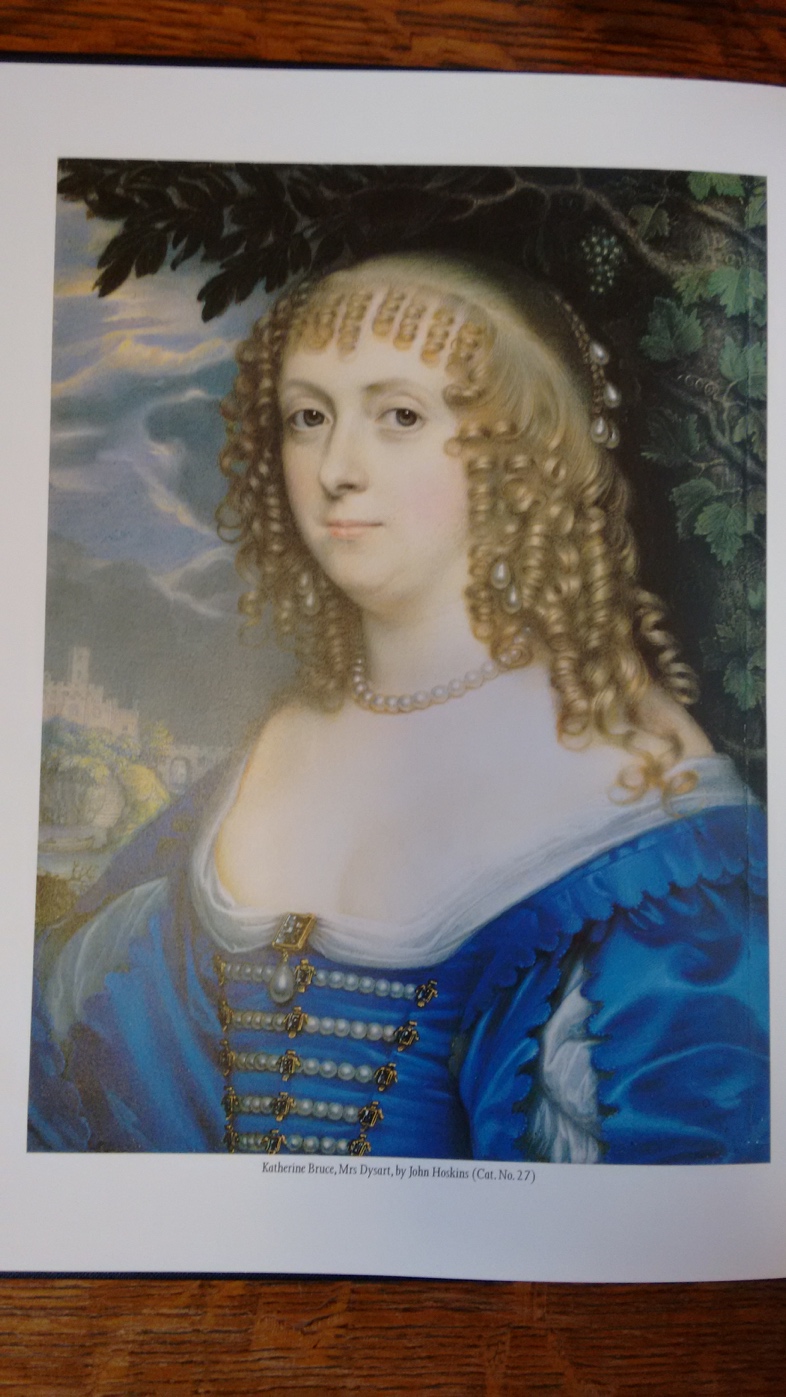 You can see this exquisite portrait of Catherine in a new display from August 2016. Any trip to Ham House is special and memorable, but I hope that this ‘story intervention’ will introduce visitors to the fascinating and formidable woman behind Ham’s Civil War history, and leave you wanting to discover more about her and about Ham.