A Northumberland tree made famous by Hollywood is going head-to-head in an international poll to be crowned Europe’s favorite tree. 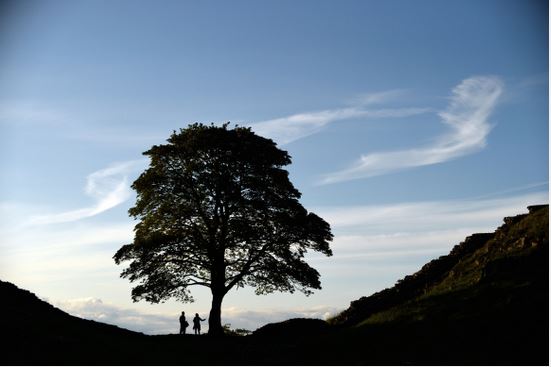 The tree, which stands beside Hadrian’s Wall, is now up against 16 trees in a bid to be named European Tree of the Year. People have until 28 February to vote for their favorite tree.

Known as the ‘Robin Hood Tree’ following a cameo appearance in Robin Hood: Prince of Thieves, Sycamore Gap is cared for by rangers and volunteers from the National Trust.

Andrew Poad, general manager at the National Trust, said: “We would like to say a huge ‘thank you’ to everyone who voted for Sycamore Gap to make it England’s Tree of the Year.

“I was born and brought up along Hadrian’s Wall. I’ve lived here all my life and worked here for the National Trust for 25 years.

“I’ve noticed recently is that we’ve got local plumbers and electricians and they’re driving around and they’ve got Sycamore Gap on the side of their van.

“It’s become such an icon of this part of the world. It’s amazing to see how one tree can have such an impact.

“With the help of members, visitors and donors, the National Trust cares for many fantastic trees for everyone to enjoy.

“Hopefully, everyone who has visited or taken pictures of the tree will vote to make Sycamore Gap European Tree of the Year.”

Vote for the European Tree of the Year at www.treeoftheyear.org.

N.B. European Tree of the Year Contest is a non-profit project that is not sponsored by the Royal Oak Foundation or the National Trust.