A flock of Hebridean sheep on the Isle of Wight

You may think there’s nothing unusual about seeing sheep grazing on the Isle of Wight but some are a little bit different. Let us introduce you to the black sheep in our family.

Hebridean sheep are an ancient breed of medium-sized black sheep, which came from the islands off the west coast of Scotland. They’re often known as St Kilda sheep.
The first feral animals, small and hardy with hair coats, were domesticated by Iron-Age farmers. Their thick black fleece is a result of selective breeding, and it turns greyer with age.
Had it not been fashionable to keep them in the parkland of country estates, they may well have died out.
But in the 20th century they were brought back from the brink of extinction and now they’re widely used by conservation organisations.
We first bought them in the early 1990s from an Isle of Wight rare breed farm.

What makes them special?

Spot our Hebridean sheep grazing in the meadow National Trust

We chose Hebridean sheep because they’re excellent at scrub control, preferring to browse coarse vegetation rather than flowers such as orchids and cowslips.
And they’ll happily eat docks, thistle flowers and nettles.
They’re a low-maintenance breed and are hardy – they don’t seem to mind bad weather conditions or a poor diet, unlike some other breeds.
So we use them to restore and maintain areas of chalk grassland where we want to encourage the return of delicate wildflowers. They’re also effective in restoring lowland heath, where they reduce the scrub that shades the heather.

How do we use them?

We move the sheep around quite a bit, using small flocks in places that are too small or unsuitable for cattle.
So you may often see them grazing on St Helens Common, at Bembridge Windmill, on Culver Down and Ventnor Downs, and alongside the Tennyson Trail at Freshwater Bay.
They also help maintain sites owned by the Wildlife Trust such as Bouldnor Heath Forest. We’ve a small breeding flock at Newtown and Clamerkin, which provides replacements for the ‘satellite’ flocks.

Caring for our sheep

Our rangers and volunteers are responsible for looking after the sheep and moving them around the Isle of Wight to wherever they’re needed.
We shear them in early spring to reduce the risk of ticks and fly-strike, a particularly unpleasant condition that occurs in hot, wet conditions.
But, generally, they’re quite self sufficient, enjoying the environment and playing an important part in our family. 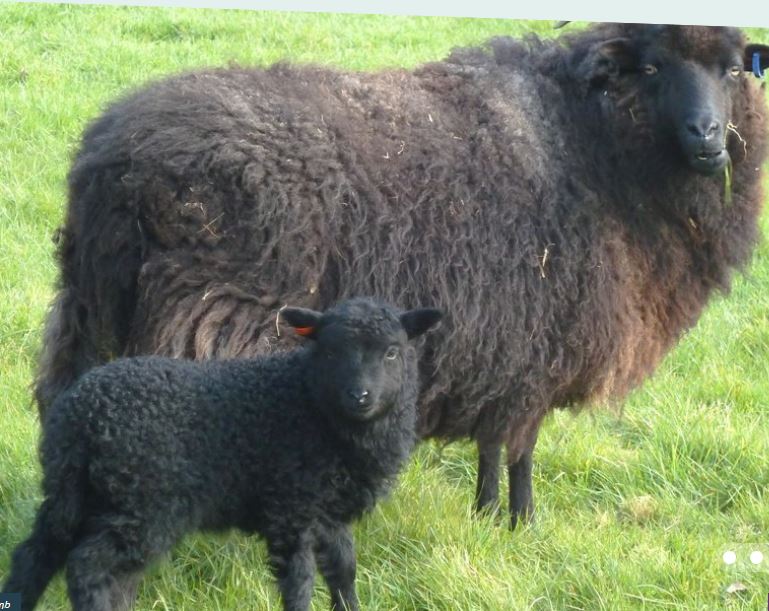