Currently  visitors to the National Trust’s Wightwick Manor in Wolverhampton will be able to discover ceramics and paintings by William and Evelyn De Morgan in a new exhibition, launching the conservation charity’s 10-year partnership with the De Morgan Foundation.

Hosted in The Malthouse, a new purpose-built gallery space, the exhibition will show over 100 ceramics by William and 18 paintings by Evelyn, loaned from the De Morgan Collection.

Specially commissioned new works that can be handled by visitors will also be on display showing how William De Morgan rediscovered the lustreware technique for which his ceramics are most famous.

William and Evelyn De Morgan were one of the most energetic and creative couples of the late 19th and early 20th century. He worked with William Morris, supplying Morris & Co with iconic red lustre tiles and decorative ceramics. She studied art at the Slade School and developed a vivid technique in the later Pre-Raphaelite style.

When building Wightwick Manor in 1887, Theodore Mander and his wife Flora were heavily influenced by the Aesthetic Movement and took inspiration from a lecture on ‘the House Beautiful’ by Oscar Wilde, decorating the Manor’s interiors with the designs of William Morris and his Arts & Crafts contemporaries, including the De Morgans. 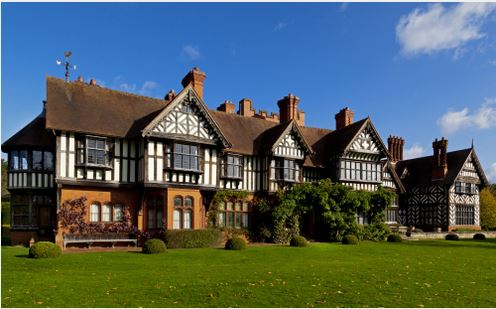 Wightwick Manor was given to the National Trust in 1937 by Sir Geoffrey Mander, Theodore’s son and close friend of Mrs Wilhelmina Stirling, the younger sister of Evelyn De Morgan. Mrs Stirling would later go on to start the De Morgan Collection to safeguard, maintain and provide access to the work of the De Morgans.  Following her death in 1965, the De Morgan Foundation was established to continue to care for the collection.

Called A Better, More Beautiful World? the new exhibition will demonstrate the breadth of the De Morgans’ artistic achievements. Exploring the relationship between the artists, their social and creative inspirations, and their vision for a world without conflict, the exhibition will also highlight the links between the works of the De Morgans, Morris & Co and the Pre-Raphaelites that are displayed in the Manor.

A key part of the De Morgan Foundation’s aim is to continue to provide access to the collection by developing a network of strategic partnerships with like-minded organizations across the country. To continue the close ties between the Foundation and Wightwick Manor, a partnership has been launched that will see Wightwick as the Midlands centre for the De Morgan Collection for the next 10 years. 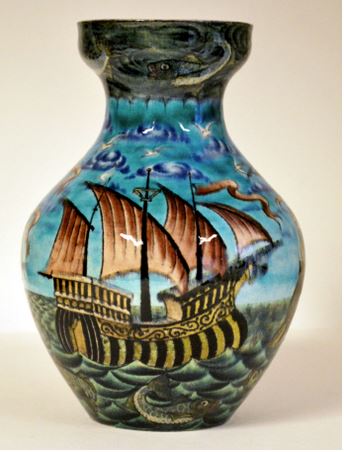 John Wood, Wightwick’s Conservation & Engagement Manager said: “The Mander family offered space for Mrs Stirling to store the De Morgan collection at Wightwick during the Second World War, so we are thrilled to welcome such a significant collection of De Morgan works back to Wightwick. The new display will also brilliantly complement the works by William and Evelyn already on display in the house.

“This is the first of a number of exhibitions celebrating the work of the De Morgans at Wightwick. We hope that through this exciting 10-year partnership with the De Morgan Foundation our visitors will be inspired by the artistry and output of this remarkable couple, the wider Arts & Crafts movement and the society in which they worked.”

Jean McMeakin, Chair of De Morgan Foundation said: “We are delighted to be working in partnership with the National Trust to share the De Morgan Collection in the superb setting of Wightwick Manor in this the centenary year of William’s death.”

The funding for the purpose-built gallery space at Wightwick cost £170,000 and was funded thanks to gifts from private charitable trusts and generous public donations.

For opening times and further information Wightwick Manor and Gardens