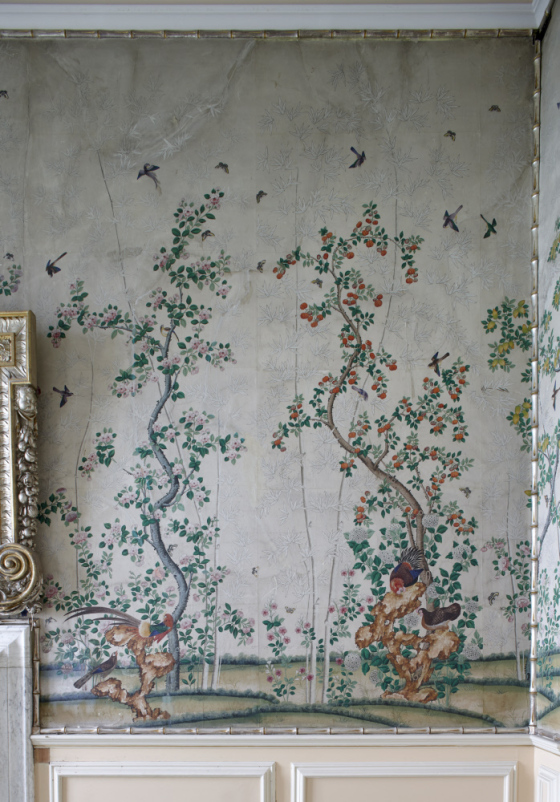 Belton House in Lincolnshire has two rooms with Chinese wallpaper. The one called the Bamboo Bedroom is not usually open to the public, but we recently managed to photograph the wallpaper in more detail for my forthcoming book.

The wallpaper seems to have been hung in 1861 under the supervision of Marian, Viscountess Alford, who was an artist in her own right as well as a patron of other artists. This is one of the examples that show how the taste for Chinese wallpapers was still very much alive in the later nineteenth century. Lady Alford also influenced the decoration of the Chinese Bedroom at Castle Ashby, a seat of her brother the third Marquess of Northampton, in about 1871. 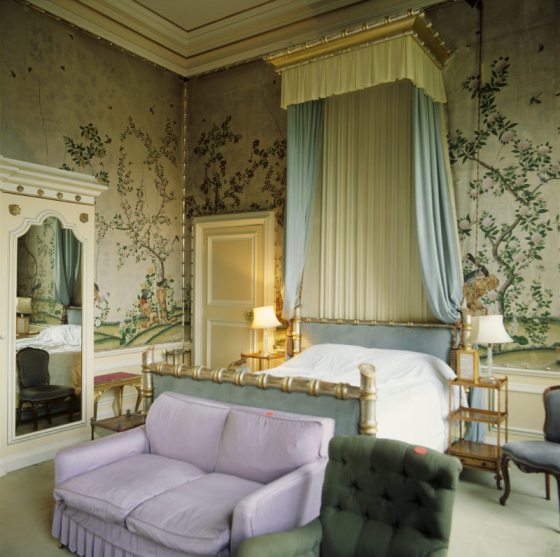 The Bamboo Bedroom at Belton, showing the furniture with oversize bamboo detailing introduced in about 1930. ©National Trust Images/Graham Challifour

The bed, wardrobe and dressing table in the Bamboo Bedroom at Belton were introduced in about 1930 by Peregrine Brownlow, sixth Lord Brownlow,

and his wife Katherine, Lady Brownlow. This was the era when the Prince of Wales, later King Edward VIII, would visit Belton as a friend of the Brownlows. The fillet edging of the wallpaper was probably silvered at this time, reflecting a twenties-thirties sense of glamour. 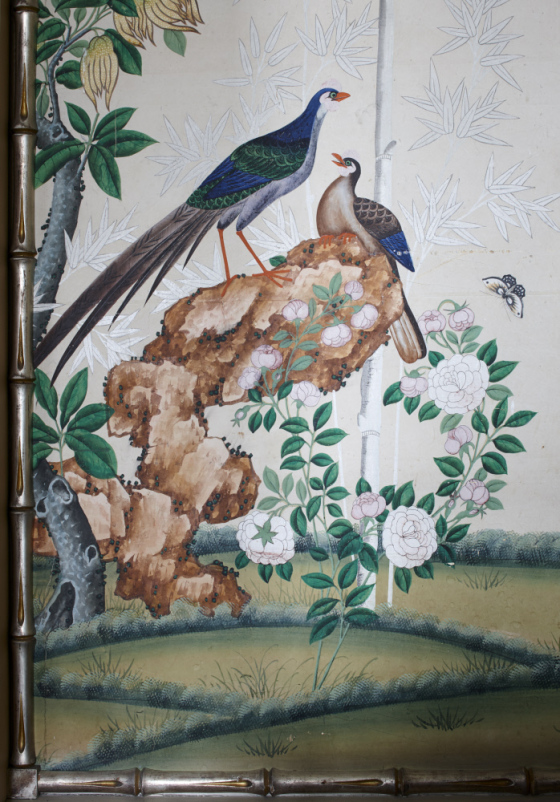 A pair of pheasants in the wallpaper in the Bamboo Bedroom. The fillet was probably silvered in about 1930. © National Trust Images/Paul Highnam

A dressing room next door is known to have been hung with the same wallpaper, which was recorded as being in store at Belton just before the National Trust acquired Belton, partly as a gift from the seventh Lord Brownlow and partly with the help of the National Heritage Memorial Fund, in 1984. Its subsequent whereabouts were thought to be unknown. 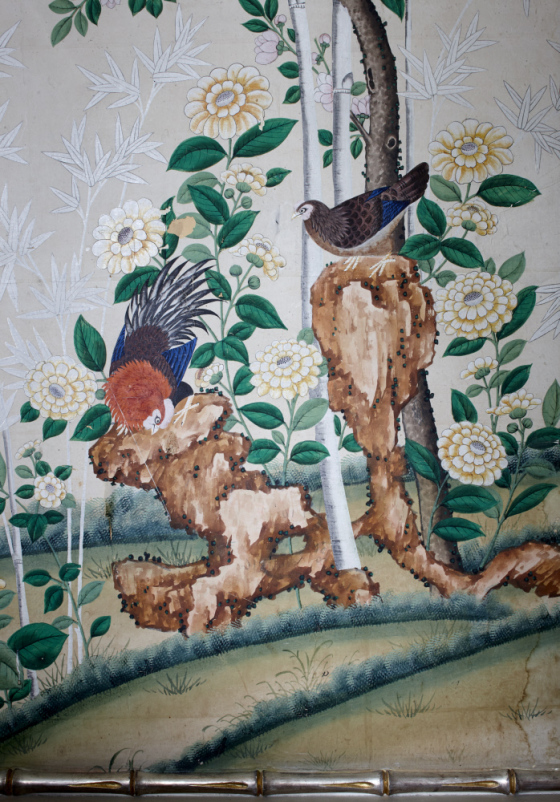 A cock and hen on a picturesque rock in the wallpaper in the Bamboo Bedroom at Belton. © National Trust Images/Paul Highnam

The other day I spotted some images of a very similar wallpaper on the walls of the château de Wideville, one of the residences of retired fashion designer Valentino Garavani. The house was decorated by Valentino in collaboration with the interior designer Henri Samuel in 1995-6. Perhaps the Chinese wallpaper from the dressing room at Belton, possibly having been sold in about 1984, was at some point acquired by Samuel and then reused at Wideville?