The Rise of the Celebrity Chef: The London World of Carême, Soyer, Francatelli, and Escoffier

Part of modern food lovers’ passion for all things culinary includes a fascination for the historical masters and mistresses of the kitchen who seem able to be able to capture our imaginations and tempt our palates. Today’s celebrity chefs often have restaurants, television shows, and cookbooks along with social media followers ready to watch them create their next magical culinary feat. However, the first real celebrity chefs were practicing in London in the mid-to-late 19thcentury. While they did not have Instagram, all of them published popular and acclaimed cookbooks.

In this illustrated talk, culinary and social historian, Carl Raymond will examine four of the most influential chefs of 19th-century London, each of whom achieved celebrity status in a different way.  First, he will discuss the first true celebrity chef, the great French master Marie-Antoine Carême, who was cooking for royalty as well as wealthy upper class clients—yet never had a restaurant or cooked in one. Alexis Soyer, might have continued Carême’s flamboyant style, but he turned his culinary skills to humanitarian efforts to alleviate suffering during wartime England. Soyer cooked on the front lines and donated proceeds from his books to charitable causes.

Carl will talk about Charles Elmé Francatelli, chef in Queen Victoria’s kitchen for only two years but who used his brief experience as his calling card throughout his career. His influence and popularity even reached American public and private kitchens.  Lastly, he will present the great August Escoffier, who turned his artistic eye to the kitchen and brought Carême’s style of cooking into the 20th century. While creating some of the era’s most memorable dishes, Escoffier earned his fame along with his business colleague, César Ritz at London’s Savoy Hotel.

Carl will take us on a journey through 19th-century London—from the restaurants to private home and palaces—where each chef cooked, entertained, and created culinary history. He will talk about their popular recipes and illustrate the lasting legacies from these celebrity chefs that are still with us today. 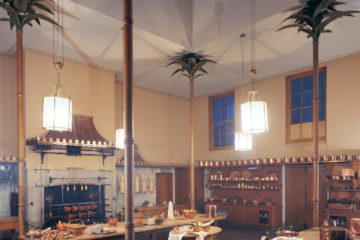 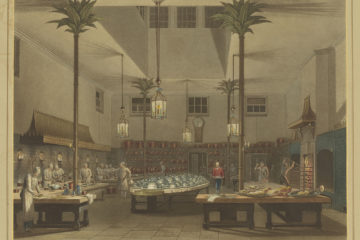 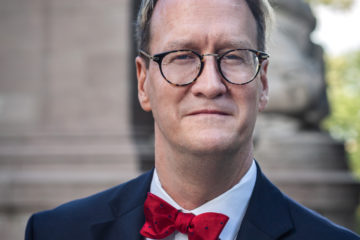 Carl Raymond is the host of the new podcast The Gilded Gentleman which focuses on all aspects of culture and society during America’s Gilded Age, France’s Belle Epoque and Late Victorian and Edwardin England.  A writer, lecturer and food and social historian, Carl speaks regularly live and virtually for organizations such as The Mount Edith Wharton’s Home, the Royal Oak Foundation, the National Arts Club, the Metropolitan Opera Guild, St. George’s Society, Historic Royal Palaces and the Merchant’s House Museum.   Carl trained at French Culinary Institute as well as the Institute for Culinary Education and holds a diploma in Culinary Arts. He was a contributing writer on Savoring Gotham: A Food Lover’s Companion to New York City (Oxford University Press) and has written for several publications including The Royal Oak Foundation newsletter.

The Zoom video link will be sent to you on Thursday, October 21 at 12:00 p.m. noon (eastern).
Please check your spam or junk folder if you do not receive the link in your inbox. If it is not there by 1:30 p.m. (eastern), contact us right away at zoom@royal-oak.org.
The rental video will be hosted on the Zoom website and only available for streaming until Tuesday, October 26 at 11:59 p.m. (eastern).  The video will not be available after that date and time. It cannot be downloaded.
*If you are a Royal Oak member, you must be signed into the website to register as a member. Click the sign in button at the top right of the shopping cart. Add the standard ticket to the cart and the discount will apply at check out.
Share this...