The Unlikely Genius of Humphry Repton

Widely acknowledged as the last great British landscape designer of the 18th century, Humphry Repton created landscapes that survive as a bridge between Capability Brown’s mission to make England perfect, and Frederick Law Olmsted’s belief in landscape as a public good.

Despite having little prior experience, Repton described himself as a ‘landscape gardener’ and sought to make landscapes appropriate to the status of each client and each estate where he worked. His first paid commission was Catton Park, north of Norwich, in 1788 five years after the death of Capability Brown. Though he was at first inspired by his great predecessor, he came to separate himself from Brown’s grand designs.

Repton’s landscapes, for important clients such as the Dukes of Bedford and Portland, featured subtle adjustments and fine-tuning to the natural features of the countryside in the Brownian tradition, as well as deliberate interventions that tested the desire of his contemporaries for wilder and more picturesque scenery. He also became known for presenting his designs in ‘Red Books’ (so called for their binding) that contained explanatory text and watercolors elaborated with overlays to show ‘before’ and ‘after’ views.

Renowned garden historian, John Phibbs will explore some of Repton’s most celebrated landscapes—from the early maturity of his gardens at Courteenhall and Mulgrave Castle, to his more adventurous landscapes at Stanage, Brightling, and Endsleigh. John will illustrate some of his red books and discuss the impact that Repton’s work has had, not only in Britain but throughout the English-speaking world. 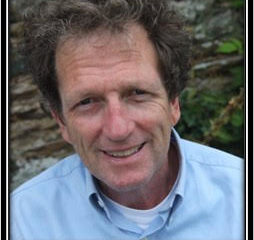 John Phibbs is a renowned garden historian with more than 30 years’ experience in the management and restoration of historic landscapes. He has worked on a broad range of parks and gardens—over 400 sites. He is an acknowledge authority on Georgian landscapes. He has served on the National Trust’s Gardens Panel and now serves on the Design Review Panel of the Georgian Group, which has a role concerned with the conservation of Georgian buildings and landscapes.  He is the author of Capability Brown: Designing the English Landscape (2016) and Place-making, the Art of Capability Brown (2017). His recent book, on which this lecture is based, Humphry Repton: Designing the Landscape Garden was published by Rizzoli, September 2021.