Britain’s history is not just evident from archeology on land, but also underwater! With so many ships docking near London since the medieval period and traveling across the channel, it is hardly surprising that there have been thousands of shipwrecks off the UK coast—more than 90 identified—and in the Thames river.

Popular guide Rob Smith will talk about some of these shipwrecks. He will talk about a Roman cargo shipwreck in the Thames as well as a 17th-century ship whose explosion and sinking in 1665 shocked Samuel Pepys. He also will discuss the Tudor ship Mary Rose, which sunk close tothe Isle of Wight, as well as explain about a ship full of explosives that today still sits at the bottom of the Thames Estuary.

He will illustrate his exciting stories with pictures and maps and provide suggestions of places to visit to find out more about the history of Britain’s maritime past. 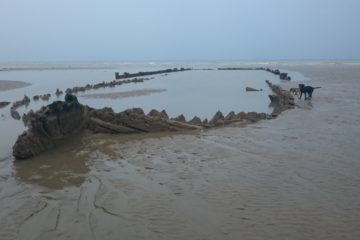 The rental of the tour will be hosted on the Zoom website and only available for streaming until Sunday, December 5 at 11:59 p.m. (eastern).  The video will not be available after that date and time. It cannot be downloaded.
Share this...