Hampton Court & the Queens of England

When Her Majesty The Queen celebrated her Platinum Jubilee in 2022, it marked an extraordinary reign that has been longer than any other British Queen in history.

In this illustrated lecture, bestselling author, historian, broadcaster and Joint Chief Curator of Historic Royal Palaces, Professor Tracy Borman, will tell the fascinating story of some of Elizabeth II’s illustrious royal female predecessors. From Anne Boleyn’s “scandalous” behavior to her daughter Elizabeth, hailed as one of Britain’s greatest monarchs; from Anne, the last Stuart queen to the only Queen to co-reign, Mary; and from the indomitable widowed Queen Victoria to the present day.

The ribbon that ties them together is the palace Dr. Borman knows best: Henry VIII’s magnificent showpiece, Hampton Court. Begun by Cardinal Wolsey in the early 16th century, it attracted the attention of the King who took over and brought all of his six wives there. Monarchs William III and Mary II commissioned Sir Christopher Wren to build an elegant new baroque palace adjoining after they took the throne in 1689, and later Georgian kings and princes also occupied the splendid interiors.

Join Royal Oak as Dr. Borman talks about the queens of England and the remarkable palace whose architecture and collections provide the sumptuous backdrop for their dramatic stories. 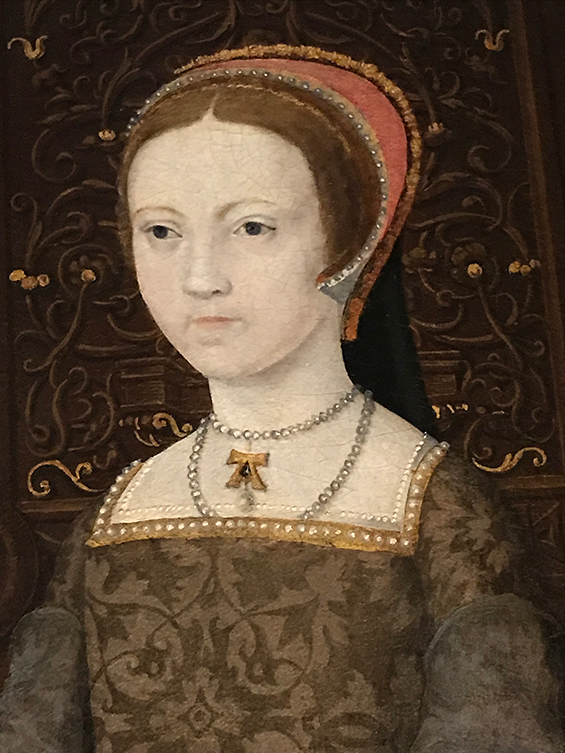 Detail of ‘Lady Elizabeth’, wearing her mother’s initial pendant, a letter “A.” from painting The Family of Henry VIII, c. 1545, by unknown artist, Hampton Court Palace ©The Royal Collection Trust 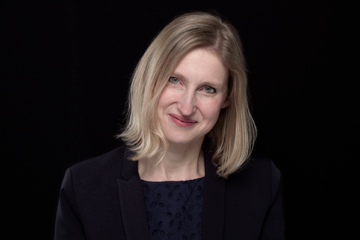 Tracy Borman is a best selling author, historian and broadcaster, specializing in the Tudor period.  Her books include Elizabeth’s Women, Thomas Cromwell, The Private Lives of the Tudors and Henry VIII and the Men Who Made Him. She has also written a fiction trilogy, The King’s Witch, based in the court of James I. Tracy is also joint Chief Curator of Historic Royal Palaces, Chief Executive of the Heritage Education Trust and an honorary professor at Bishop Grosseteste University. She has presented a number of history programmes for the Smithsonian Channel and PBS, including The Fall of Anne Boleyn, Inside the Tower of London and Henry VIII and the King’s Men.  She is a regular contributor to BBC History Magazine and gives talks on her books across the country and abroad.

The Zoom video link will be sent to you on Friday, October 28th at 12:00 p.m. noon (eastern).
Please check your spam or junk folder if you do not receive the link in your inbox. If it is not there by 1:30 p.m. (eastern), contact us right away at zoom@royal-oak.org.
The rental video will be hosted on the Zoom website and only available for streaming until Friday, November 11th at 11:59 p.m. (eastern).  The video will not be available after that date and time. It cannot be downloaded.
*If you are a Royal Oak member, you must be signed into the website to register as a member. Click the sign in button at the top right of the shopping cart. Add the standard ticket to the cart and the discount will apply at check out.
Share this...