Join Royal Oak as we explore 200 years of New Orleans’ architectural history through the lens of the diverse families and individuals who have called the Beauregard-Keyes House home.

The house was built in 1826 for Joseph Le Carpentier, a wealthy auctioneer, and designed by François Correjolles, who incorporated Creole details into the raised cottage-style residence. It is the only example of this New Orleans style that now is open to the public. Many people lived and worked at the house and have contributed to the stories that make up the fabric of this unique historical site.

The house, now owned by the Keyes Foundation, was established by the last resident who lived at the house from 1945-1970—author Frances Parkinson Keyes. She restored the house during her tenure, and created the Foundation to preservation both her house and adjoining parterre garden. During our digital tour, we will be invited to look inside this historic home to see the period rooms filled with objects original to the house.

Assistant Director Chris Fountain will talk about the house’s multi-layered history, and also show us the dependency buildings around the courtyard which include the original slave quarters above the kitchens. We will learn about these important spaces and their former inhabitants, who were most likely freed in 1864 when the Louisiana state constitution abolished slavery. Now, the building houses Frances Parkinson Keyes’ 1950s writing studio. Join Royal Oak as we look at a unique landmark that will further our understanding of New Orleans history. 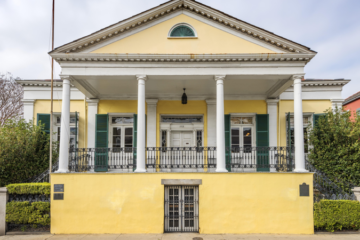 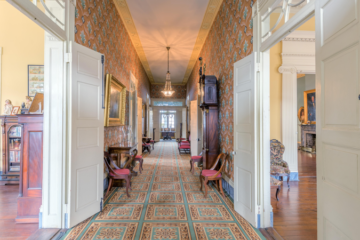 The Zoom video link will be sent to you on Tuesday, October 4th at 12:00 p.m. noon (eastern).
Please check your spam or junk folder if you do not receive the link in your inbox. If it is not there by 1:30 p.m. (eastern), contact us right away at zoom@royal-oak.org.
The rental video will be hosted on the Zoom website and only available for streaming until Friday, October 14th at 11:59 p.m. (eastern).  The video will not be available after that date and time. It cannot be downloaded.
*If you are a Royal Oak member, you must be signed into the website to register as a member. Click the sign in button at the top right of the shopping cart. Add the standard ticket to the cart and the discount will apply at check out.
Share this...