The Season: Social History of the Debutante

The debutante process, at the center of some American’s love affair with the rich and beautiful can be traced back to post-Reformation England, when wealthy fathers needed a more efficient way to find appropriate husbands for their daughters.

Queen Elizabeth I’s presentations at court soon expanded years later into a defined social season filled with dances, dinners, and courting. The “season” was quickly exported to the colonies, where it has flourished in both white and African American communities.

Award-winning author Kristen Richardson will trace the history and evolution of the season on both sides of the Atlantic, and illustrate the centuries-old, highly choreographed rite’s significance to the lives of young women in Britain and the US. Using debutantes’ own diaries and letters, as well as her own experiences and interviews, she’ll take you from assembly rooms in Georgian England and Colonial Philadelphia to the ballrooms of Gilded Age New York and the antebellum South.

She’ll look at the arcane rituals of secret societies in St. Louis and New Orleans, as well as contemporary balls in London, Paris, and New York. Throughout, Richardson will focus on the girls at the center of the ritual, often objects of both admiration and derision, who held the keys to their families’ futures. 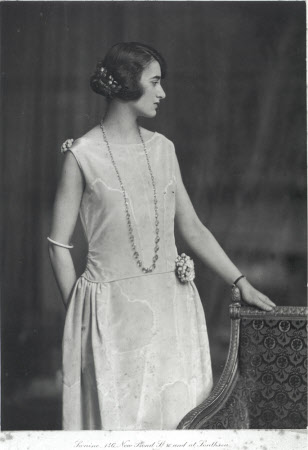 Betty Colyer Fergusson as a debutante 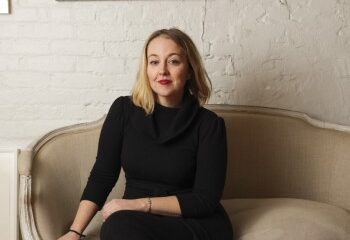 Author Kristen Richardson was born in London, and now resides in Brooklyn, New York. Her latest book  The Season: Social History of the Debutante was published in November 2019. It was chosen as a Smithsonian Best History Book of 2019.

The Zoom video link will be sent to you on Thursday, November 17th at 12:00 p.m. noon (eastern).
Please check your spam or junk folder if you do not receive the link in your inbox. If it is not there by 1:30 p.m. (eastern), contact us right away at zoom@royal-oak.org.
The rental video will be hosted on the Zoom website and only available for streaming until Wednesday, November 30th at 11:59 p.m. (eastern).  The video will not be available after that date and time. It cannot be downloaded.
*If you are a Royal Oak member, you must be signed into the website to register as a member. Click the sign in button at the top right of the shopping cart. Add the standard ticket to the cart and the discount will apply at check out.
Share this...