Perceptions of the Past, Reimagined Buildings: The Work of Ed Kluz

The artist Ed Kluz has a fascination for the sites of lost buildings. Once-celebrated grand houses that were abandoned to ruin, burned or deliberately destroyed have become the haunting subject matter of his distinctive collages. Kluz studies old engravings, plans and descriptions in order to build a full mental picture of a house.

His lost houses conjure up the vanished buildings in all their pomp, existing not in the re-created landscape, but rather illuminated by theatrical lighting. In his talk for Royal Oak, Ed will plot the sources of inspiration behind his work; from his childhood years spent in early 19th-century farmhouse in the North Yorkshire Dales; to documenting the smouldering ruins of Clandon Park using charcoal from the fire itself. Among other English houses featured will be the enigmatic Chipping Campden House and William Beckford’s Fonthill Abbey. 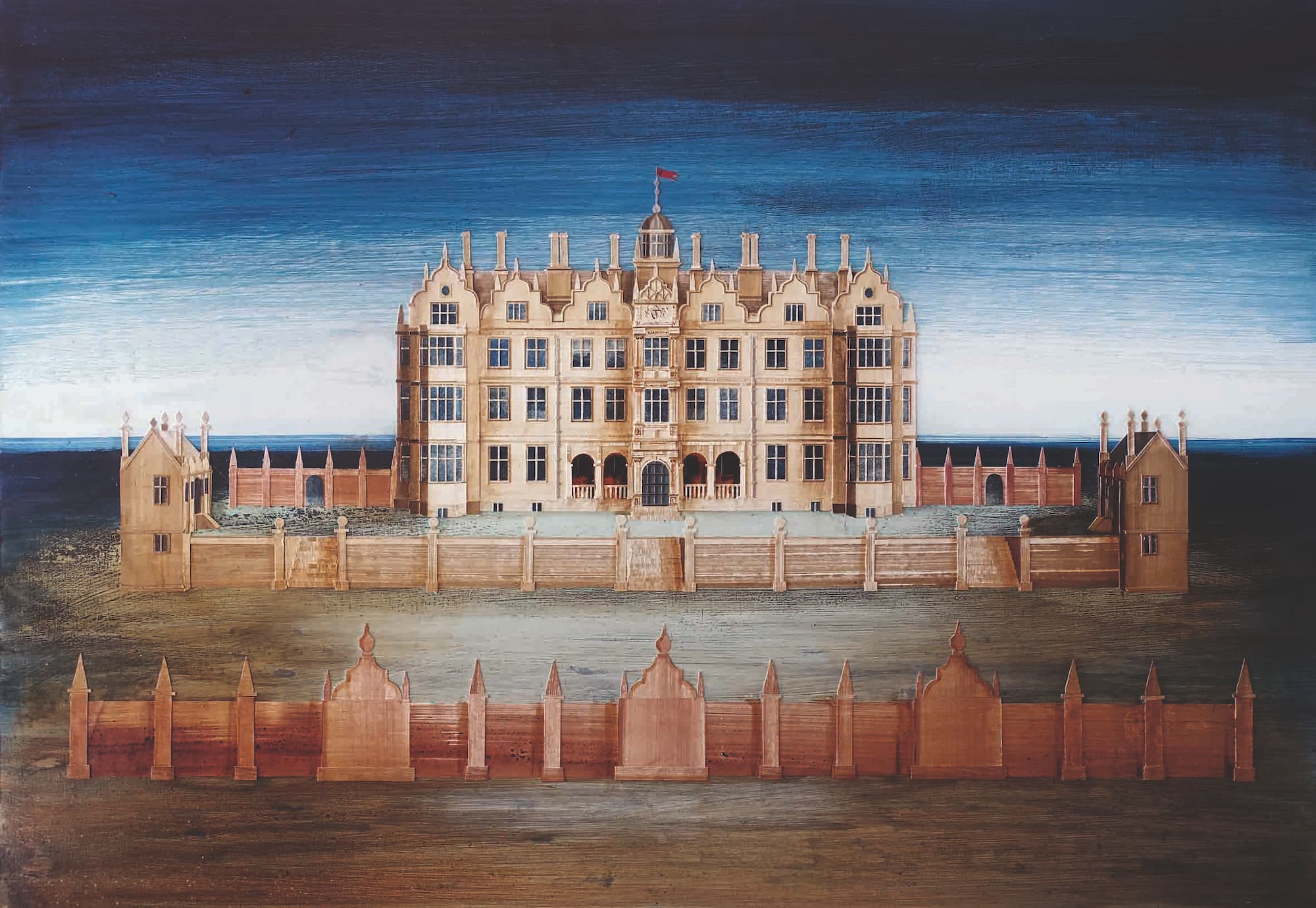 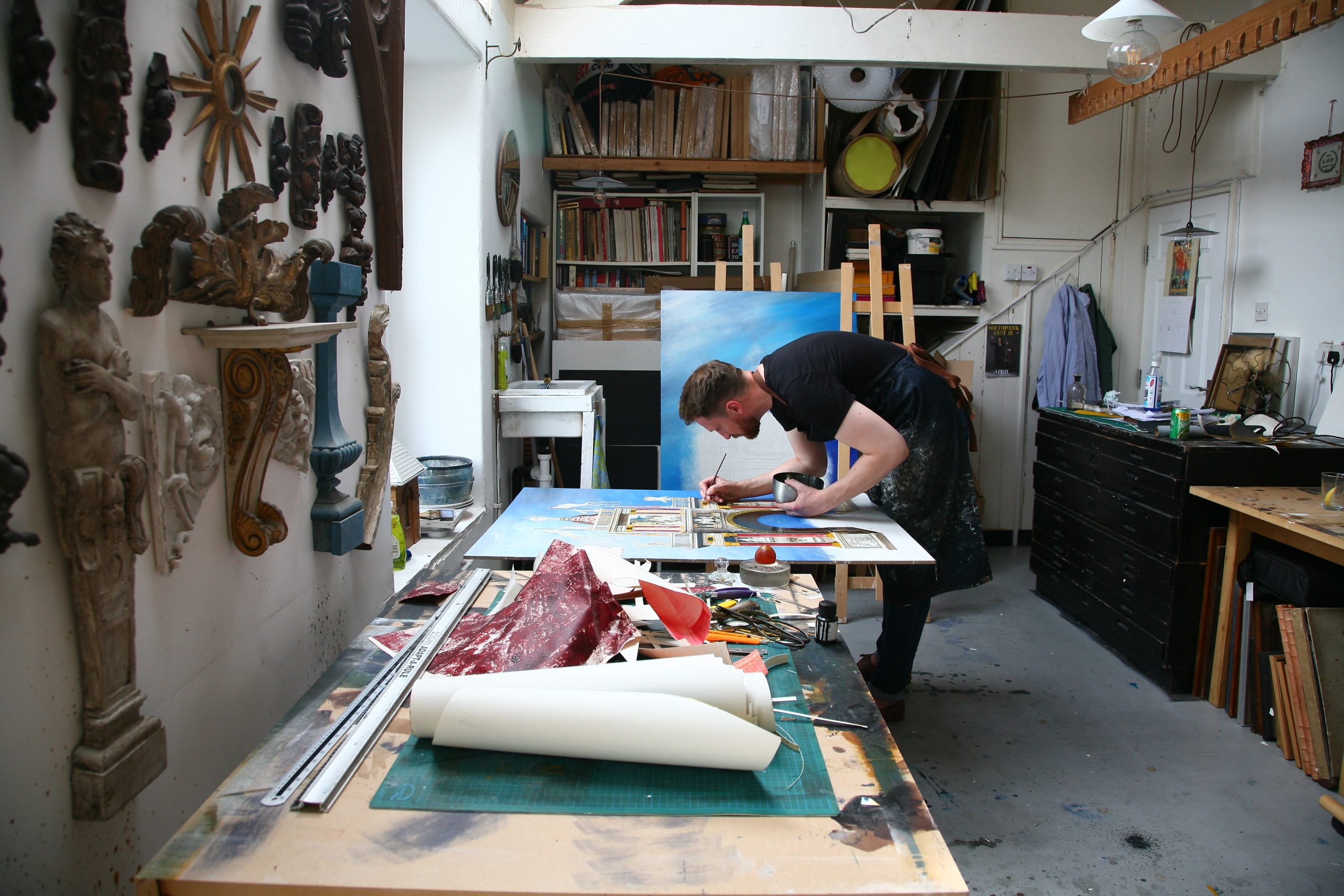 Artist Ed Kluz grew up in Swaledale, North Yorkshire. He studied fine art at the Winchester School of Art between 1999 – 2002.  His work explores perceptions of the past through the reimagining of historic landscapes, buildings and objects.

Antiquarianism and a curiosity for the obscure underpin his ideas. The visual language of his pieces is informed by 17th-and-18th century topographical and architectural engravings, early photography and film. His work is held in a number of public collections including the V&A and York City Art Gallery.

The Zoom video link will be sent to you on Saturday, April 3 at 12:00 p.m. noon (eastern).
Please check your spam or junk folder if you do not receive the link in your inbox. If it is not there by 1:30 p.m. (eastern), contact us right away at zoom@royal-oak.org.
The rental video will be hosted on the Zoom website and only available for streaming until Tuesday, April 6 at 11:59 p.m. (eastern).  The video will not be available after that date and time. It cannot be downloaded.
*If you are a Royal Oak member, you must be signed into the website to register as a member. Click the sign in button at the top right of the shopping cart. Add the standard ticket to the cart and the discount will apply at check out.
Share this...