When Henry James called his home, Lamb House, “The Temple of the Muse,” he hardly knew how fitting the title would be. James rented, then purchased, the brick Georgian house in the picturesque seaside town of Rye, East Sussex in 1897, then, went on to write many of his best-known novels there. James dictated The Wings of the Dove, The Ambassadors, and The Golden Bowl, to name but a few, to his secretary, while pacing back and forth in the 18th Century Banqueting House, known as the Garden Room, which adjoined the main building.

If this weren’t literary pedigree enough for one building, E. F. Benson succeeded James as the occupant of Lamb House in 1916, and not only wrote his beloved Mapp and Lucia novels inside its walls, but also set them there as well. Rye became the fictional “Tilling,” and Lamb House became “Mallards,” whose parallel universe is thinly, if deliciously, disguised. Benson’s heroine Elizabeth Mapp sits in her home “like a great spider behind the curtains in the Garden Room, spying on her friends,” while Lucia Lucas plots to become the Mayor of Tilling, and to take its greatest prize for her own, Mallards itself.

Join Country Life and Vanity Fair contributor Patrick Monahan for a virtual visit to what is probably England’s most beloved little literary house! 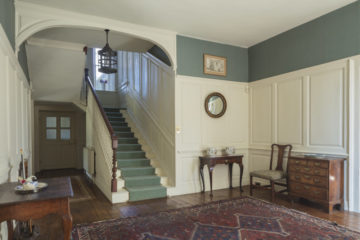 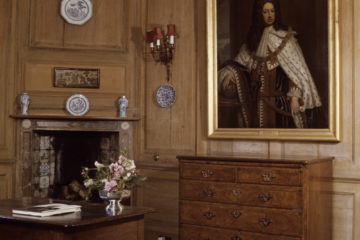 Patrick Monahan is a writer and independent art advisor, specializing in British paintings, drawings, and sculpture from the eighteenth century to the present. A native New Yorker, he is consulted by collectors and museums on both sides of the Atlantic. His written work appears in Country Life and Vanity Fair. He holds an MPhil from the University of Cambridge, as well as a BA from the University of Chicago. While living and working in New York City, he makes regular visits to the UK. Instagram: @thepatrickmonahan

The Zoom video link will be sent to you on Wednesday, July 21 by 12:00 p.m. noon (eastern).
Please check your spam or junk folder if you do not receive the link in your inbox. If it is not there by 1:30 p.m. (eastern), contact us right away at zoom@royal-oak.org.
The rental video will be hosted on the Zoom website and only available for streaming until Monday, July 26 at 11:59 p.m. (eastern). The video will not be available after that date and time. It cannot be downloaded.
*If you are a Royal Oak member, you must be signed into the website to register as a member. Click the sign in button at the top right of the shopping cart. Add the standard ticket to the cart and the discount will apply at check out.
Share this...