Today gin is one of the most popular spirit drinks in England and It has enjoyed a huge revival in recent decades. This is witnessed not only in the burgeoning sales of the spirit every year, but also in the rise of craft gin makers in many parts of the country. Its long history as a preferred English tipple can be traced back to the early 17th century when soldiers in King Charles’s army brought the Dutch spirit to England after fighting in the 30 Years War in Holland.

By the end of the century gin drinking was so common, particularly in the capital that wages were sometimes paid in the spirit. By 1730, gin had replaced French brandy as the favourite English spirit and there were 7000 gin shops in London alone; by 1750, more than 10 million gallons of gin were being produced every year. Such widespread use of the spirit, particularly amongst the working class poor, created huge social problems and Hogarth’s “Gin Lane” of 1751 gives a dramatic picture of the scale of the problem.

Only after legislation to control production was passed by Parliament in that same year did the consumption of gin gradually abate, but only for it to enjoy another revival in the 19th century when the rise of the Gin Palace became a feature of cities and towns up and down the land. In this presentation, historian Ian Cox traces the fascinating history of gin drinking in England from the 17th century to the present day, highlighting the ebbing and flowing of its popularity and its prospects for the future. 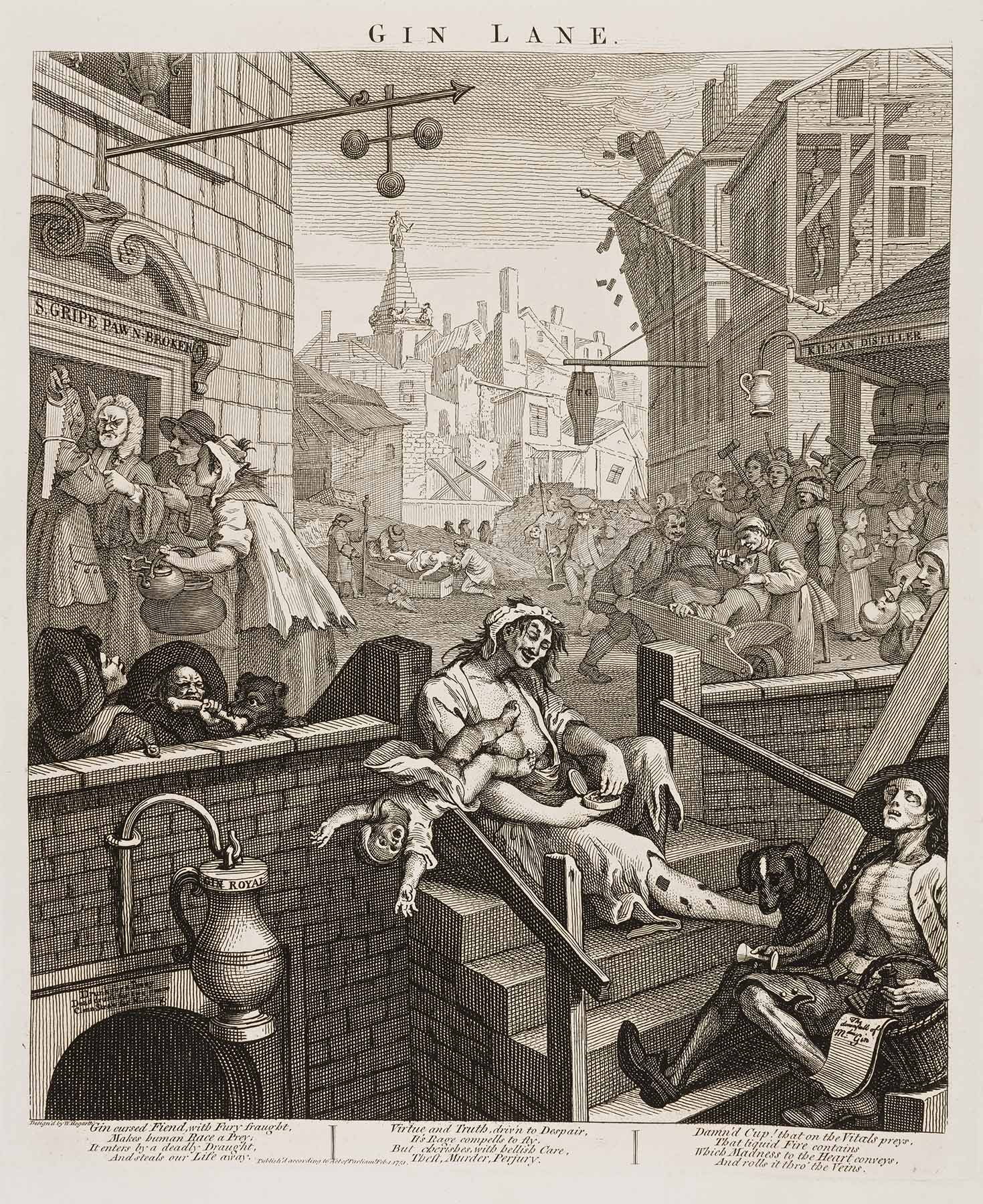 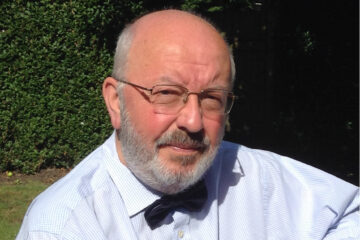 Ian Cox studied at the Universities of Keele, London and Glasgow. He developed his career as a decorative arts historian in the 1980s and was the Director of the Christie’s Decorative Arts Programme at the University of Glasgow and then Director of Studies for Christie’s Education in London. Ian also ran a prestgious Decorative Arts Summer School for Christie’s in New York and was Co-Director of the Victorian Society of America London Summer School. Ian has published widely in the history of the decorative arts, particularly on furniture and ceramics. In more recent times, he has directed cultural holiday programmes for the ACE foundation in Cambridge and is a regular round the world lecturer for the Seabourn and Silverseas cruise lines. He has been a lecturer for The Royal Oak Foundation in the USA since 2006.

Between Wednesday, April 27 and Monday, May 9

The Zoom video link will be sent to you on Wednesday, April 27 at 12:00 p.m. noon (eastern).
Please check your spam or junk folder if you do not receive the link in your inbox. If it is not there by 1:30 p.m. (eastern), contact us right away at zoom@royal-oak.org.
The rental video will be hosted on the Zoom website and only available for streaming until Monday, May 9 at 11:59 p.m. (eastern).  The video will not be available after that date and time. It cannot be downloaded.
*If you are a Royal Oak member, you must be signed into the website to register as a member. Click the sign in button at the top right of the shopping cart. Add the standard ticket to the cart and the discount will apply at check out.
Share this...