While royal jubilees have been recorded since the 1300s, today the term is closely associated with the ceremony and spectacle surrounding the celebrations of the life and reign of the British Monarch.

The first British ruler to mark 50 years on the throne in any significant way was George III, followed by Queen Victoria, and HM Queen Elizabeth II.  These Royal celebrations included feasts, speeches, fireworks, and commemorative memorabilia.  King George III’s Golden Jubilee in 1809 was celebrated throughout England—one Oxfordshire village named every child born that year George or Charlotte after the King and Queen.

In 1897, the world’s attention focused on Queen Victoria’s Diamond Jubilee. The grand occasion was marked by the attendance of the crowned heads of Europe, and also by a poignant patriotic display across the world, a symbolic celebration of the vast empire that ruled close to a quarter of the earth’s inhabitants. Enterprising merchants capitalized on the event by printing the Queen’s profile on everything from porcelain beakers to picture postcards, cocoa tins to bottles of cod liver oil.

Thousands lined London’s streets hoping to catch a glimpse of the imperial procession while the British, American elite enjoyed exceptional views along the route. HM Queen Elizabeth II celebrated her Golden Jubilee in 2022 with tours of the UK and Commonwealth, processions, fireworks, and beacon bonfires. The Queen highlighted her 2012 Diamond Jubilee by traveling with Prince Phillip in the golden barge, Gloriana, the lead vessel in a 1,000-boat procession up the Thames. On February 6, 2022, Queen Elizabeth II will be first British Monarch to celebrate a 70-year reign—a Platinum Jubilee—with celebrations planned in June.

Join us for a lecture that is history in the making! Ms. Klingner’s talk will provide an insider’s view of past Royal Jubilees including the celebrations and the commemorative souvenirs. She will describe George III’s fete as well as share details of Queen Victoria’s spectacular event recorded by spectators and the queen herself. Ms. Klingner will also show rarely seen footage of Queen Victoria’s procession and video of Jubilee processions marking the current queen’s reign. 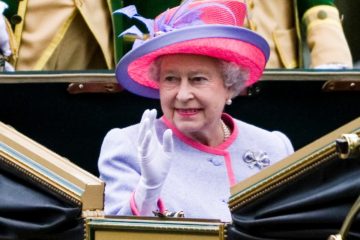 Queen Elizabeth’s visit on May 3, 2007 at Colonial Williamsburg 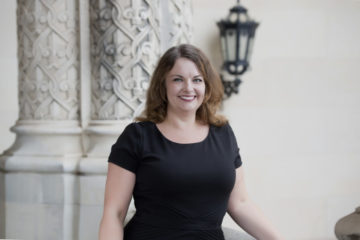 Leslie Klingner is a design historian specializing in decorative art, fashion and material culture of the 19th and 20th centuries. Leslie has served as a Lecturer at the Metropolitan Museum (2001-2009) and as Senior Educator and Academic Programs Coordinator for the Brooklyn Museum.

In 2006, Leslie became the Curator of Interpretation for Biltmore, the family home of the late George W. Vanderbilt. In this role, she shares in the curation and preservation of America’s largest home and creates historical tours, products, programming and exhibitions across the estate. Her recent co-curated exhibitions include A Vanderbilt House Party: The Gilded Age; Glamour on Board: Fashion from Titanic the Movie; Fashionable Romance: Wedding Gowns in Film; Dressing Downton: Changing Fashions for Changing Times; and The Vanderbilts at Home and Abroad. She frequently speaks for many cultural groups worldwide, and has lectured for Royal Oak across the US.

She held Royal Oak’s first digital lecture in April 2020 with over 1,000 attendees.

The Zoom video link will be sent to you on Tuesday, March 1 at 12:00 p.m. noon (eastern).
Please check your spam or junk folder if you do not receive the link in your inbox. If it is not there by 1:30 p.m. (eastern), contact us right away at zoom@royal-oak.org.
The rental video will be hosted on the Zoom website and only available for streaming until Saturday, March 12 at 11:59 p.m. (eastern).  The video will not be available after that date and time. It cannot be downloaded.
*If you are a Royal Oak member, you must be signed into the website to register as a member. Click the sign in button at the top right of the shopping cart. Add the standard ticket to the cart and the discount will apply at check out.
Share this...