The Gardens at Mount Stewart in Northern Ireland

“The Land of Heart’s Delight”
Perched on the Ards Peninsula, with the waters of Strangford Lough lapping the demesne walls, Mount Stewart has a strange power to astonish—not because of its grandeur or any ostentatious displays of wealth, but because of the sheer beauty of its setting, the alien exoticism of its gardens, the ghosts of times past that inhabit its rooms.

The estate has been the home of the Stewart family for more than 270 years. In that time, the Stewarts prospered, starting as well-to-do landowners and merchants and becoming viscounts, earls and eventually marquesses, players on an international stage. Mount Stewart has grown, too. Beginning in the mid-18th century as a cluster of rustic cottages, it was steadily extended and modernized until it had become one of Ulster’s most magnificent mansions. By the early years of the 20th century Mount Stewart was playing host to kings and queens, prime ministers and statesmen.

Each and every generation of Stewarts contributed something to the family estate, handing on a portrait, a dream, a tower, the proceeds of an advantageous marriage. But if one individual can be said to have created Mount Stewart as we see it today, it is Edith, Marchioness of Londonderry, whose husband Charles Vane-Tempest-Stewart, the 7th Marquess of Londonderry, inherited title and estate in 1915.

The Londonderrys had a vast fortune. The Irish estates alone covered over 25,000 acres. They owned three other country houses, coal-mines in the north east of England which employed 10,000 miners, and one of the most famous of all London mansions, Londonderry House on Park Lane. The 7th Marquess’s immediate predecessors had visited the Irish estates, but in 1920 Edith and Charles took the decision to make Mount Stewart a more permanent home, and it became their favorite. Much of the furniture and interior decoration dates from the period between the two world wars when they lived here and when the astonishing gardens, which have drawn hundreds of thousands of visitors from all over the world were laid out to Edith’s plans and under Edith’s direction.

It is Edith’s vision of Mount Stewart that the National Trust presents to visitors today. She once said that it was “indeed the land of heart’s delight.”
So it was. And so it is still.

(Republished with permission from the National Trust Guidebook.)

The unusual climate of Mount Stewart:
In 1957, Lady Londonderry described these climatic conditions: “…we are situated on the southern shore of the narrow peninsula of the Ards… The House faces almost due south and is but a stone’s throw away from the salt water Lough Strangford… The eastern shore of the Ards is on the Irish Sea and Belfast Lough sweeps right round the northern shorefar inland. So narrow is the space between the head of Strangford Lough and that of Belfast Lough that Mount Stewart… experiences island conditions. The climate is sub-tropical … in hot weather we always have extremely heavy dews at night. We do not have an excessive rainfall… we get all the sun of the east coast with its drier conditions… the Gulf Stream running up the Irish Sea washes the shores all round the promontory.”

(From the Foreword to the Mount Stewart Garden Guide Book, written by Lady Londonderry.) 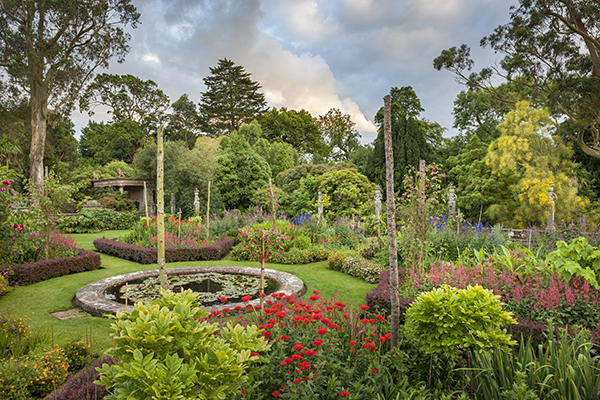 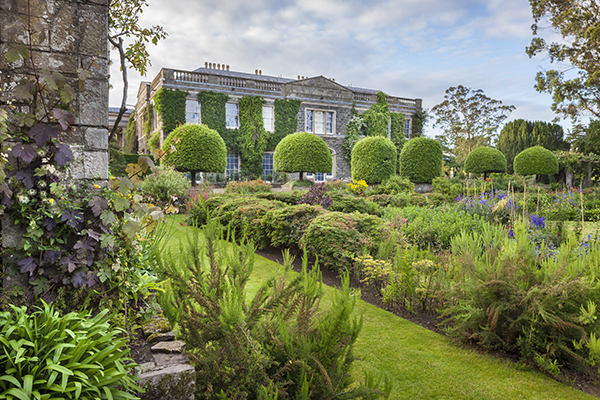 The west front and Sunk Garden 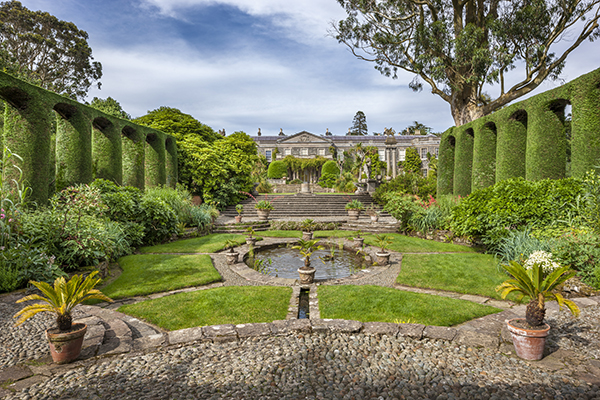 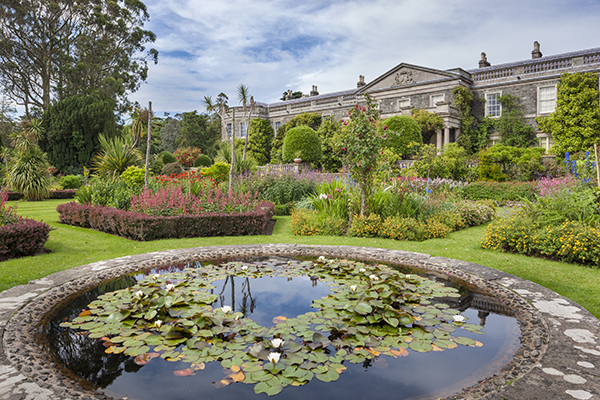 The south front and Formal Garden 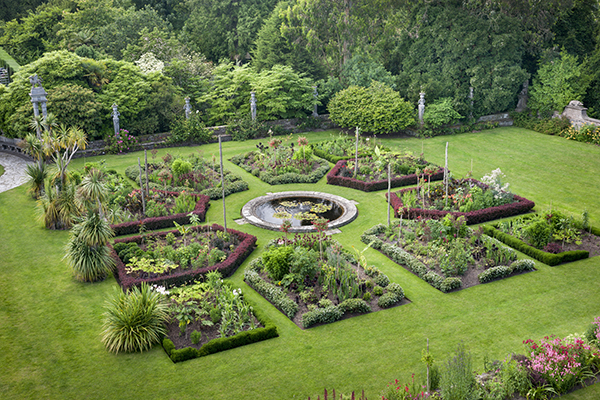 The Formal Garden, seen from above. 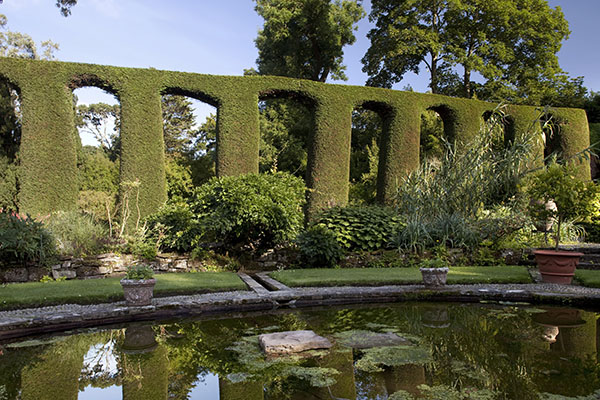 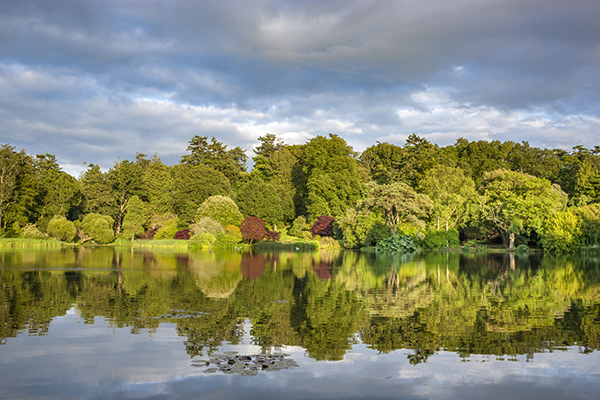 The lake at Mount Stewart.