A lost language, fantastic beasts, and celestial bodies are just some of the things you will find in the books of Blickling

From now until October 27, 2019, visitors to Blickling in Norfolk can experience some of the most intriguing titles in the collection as part of an exhibit, The Edge of Things.

In The Edge of Things, artists Neville and Joan Gabie draw inspiration from titles within the National Trust’s oldest and largest book collection, each reflecting the Age of Enlightenment’s great thirst for knowledge. 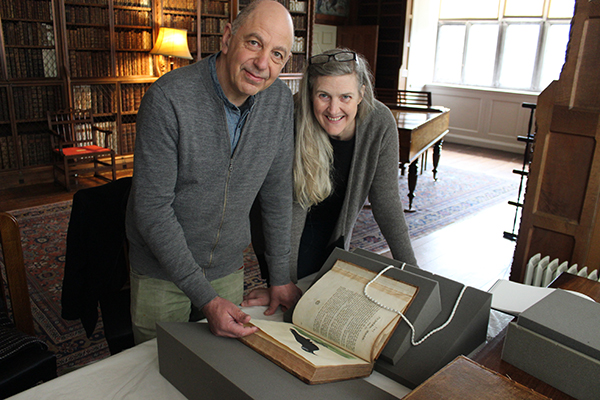 Responding to the books’ themes of language, natural history, astronomy and early natural science, the artists use sound, film storytelling and an intricate tapestry project to bring the books to life in a contemporary context.

Joan and Neville, who was artist-in-residence at the 2012 Olympic Games, worked with the Wampanoag community in Massachusetts, a paleobiologist, an astronomy society and volunteers to develop the series of installations and live projects.

Some of the books featured in the exhibit include:

The Eliot Bible was one of the first books ever printed in British North America, and the Blickling copy is thought to be one of just 40 surviving first editions. It was translated into the Massachuset Indian dialect by Englishman John Eliot who, with help from the Wampanoag tribe, learned their language phonetically. 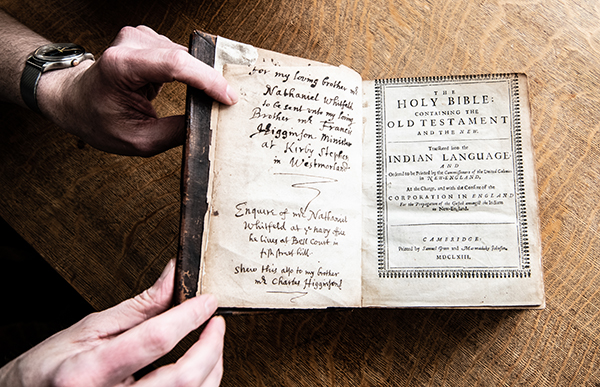 By the 1800s, Wampanoag had fallen out of use as a spoken language and in written form. Today, the bible is one of few written examples of the Wampanoag language, making it a treasured ‘key’ that has enabled the Wampanoag people to revive their lost language and reconnect with their history and cultural identity.

Neville Gabie said: “What is most revealing for us in addition to the idea of ‘creating a new written language’ was how that book directly shaped the future of a group of Native Americans.”
In the library, visitors will hear the voices of Wampanoag men, women and children reading prayers, singing, and reflecting on what the Wampanoag language means to them.

Camille Madison, a Wampanoag language teacher who is included in the recordings, said: “Language is a primary way people connect themselves with one another, with their surroundings and how they view the world. I guess I did not know how special that was until I began to learn my native language, to see the world in a completely different way and to have a strong connection to that.”

The Micrographia of Minute Bodies (1665)

The Micrographia of Minute Bodies by Robert Hooke was the first book of its kind on microscopy. Hooke was at the cutting edge of scientific discovery in the seventeenth century and is most famous for his finely detailed drawings of the flea, which caused a sensation at the time. 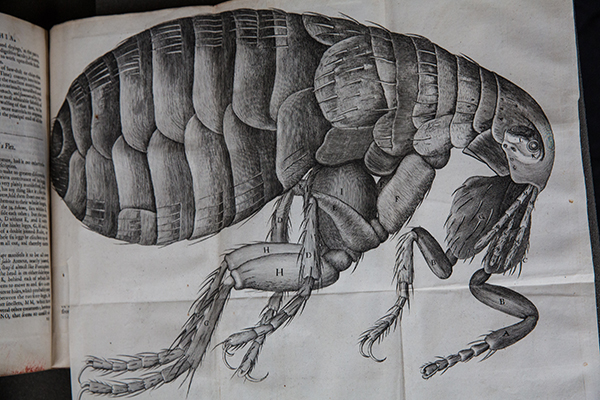 Projecting tiny plankton fossils, the size of a small grain of sand, onto the walls of the Orangery at Blickling, will show how beauty and understanding can be found in the tiniest of details.

Hooke was most famous in his day for his finely detailed drawings of the flea, which caused a sensation at the time.

These minute fossils are key to Professor Daniela Schmidt, senior Palaeobiology researcher at Bristol University, who studies how ocean temperatures and their chemical makeup have changed over time. Using this information, climate change scientists can start to unravel how the world might evolve, which species are able to adapt, and which might not.

Several books in the library, including De Sphaera Mundi and the spectacularly illustrated star atlas Harmonia Macrocosmica, explore the movements of the earth and planets. As we reach 50 years since the first moon landings, we’re reminded that the moon has always been part of our culture, in poetry and literature. 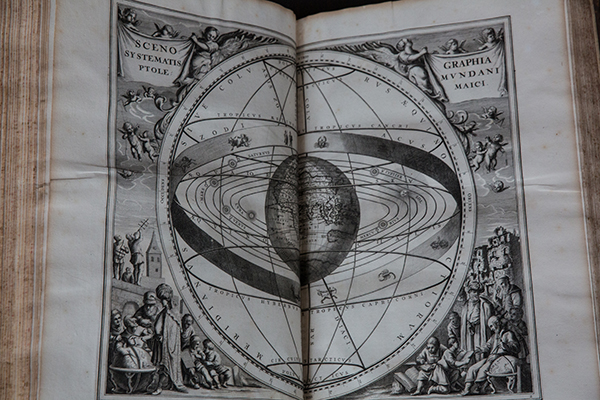 A plate from the spectacularly illustrated star atlas Harmonia Macrocosmica (1661), which explores the movements of the earth and planets. © National Trust / Red Zebra Photography

The artists use film to capture this fascination, working with the North Norfolk Astronomy Society to film the surface of the moon. There will also be a series of ‘pop-up’ events, including moon-gazing evenings.

Konrad Gesner’s Historia Animalium was the first attempt to create an index of all known creatures, long before zoological categorization existed. Blickling’s library is home to De Avium Natura, the third in the series.

Gesner’s magnum opus describes living specimens alongside mythical beasts such as the unicorn and hydra, noting that these “may not actually exist.” Miscommunication between Gesner, eyewitnesses and his team of artisans resulted in some truly fabulous illustrations.

Artist Joan Gabie responded to the book’s woodcut illustrations, particularly of birds and wildlife, with ink drawings of her own. These drawings are now the basis of an ongoing collaborative tapestry project, ‘After Gesner’.

Joan said: “Over several months, volunteers from Blickling Estate and beyond will put their hands to a long, concertina tapestry – each panel will be unique, with scope for each individual to reinterpret my drawings in their own style.” 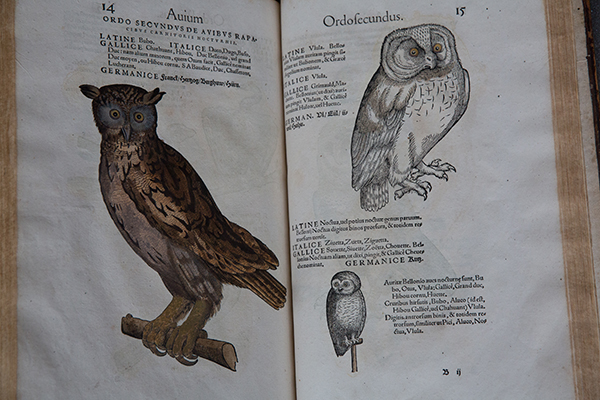 Woodcut illustrations of owls in De Avium Natura, the third in the Historia Animalium series which was the first attempt to create an index of all known creatures. © National Trust / Red Zebra Photography

There will be an exciting program of events to support the exhibition, including a children’s literature festival, interactive discovery days, talks, and astronomy evenings. Visitors will also be able to delve deeper on a ‘Buildings, Books and Beetles’ experience in the attics that takes a closer look at the conservation work currently being carried out.

Be a Part of Blickling’s History

This year, Royal Oak is raising funds to help the National Trust safeguard treasures like these. We hope that you will not only visit the exhibit this year, which you can learn more about below, but that you will consider giving your support as well.

Learn more about the library at Blickling and how you can help. SUPPORT BLICKLING

Find out more about the exhibit, including opening times and events.