What the Tide Brought In

A can of Russian bug spray, sonar equipment from Texas, thousands of nautical-themed Lego pieces and the remains of an entire 1980s picnic are among the top 20 most unusual items found washed up on National Trust beaches. 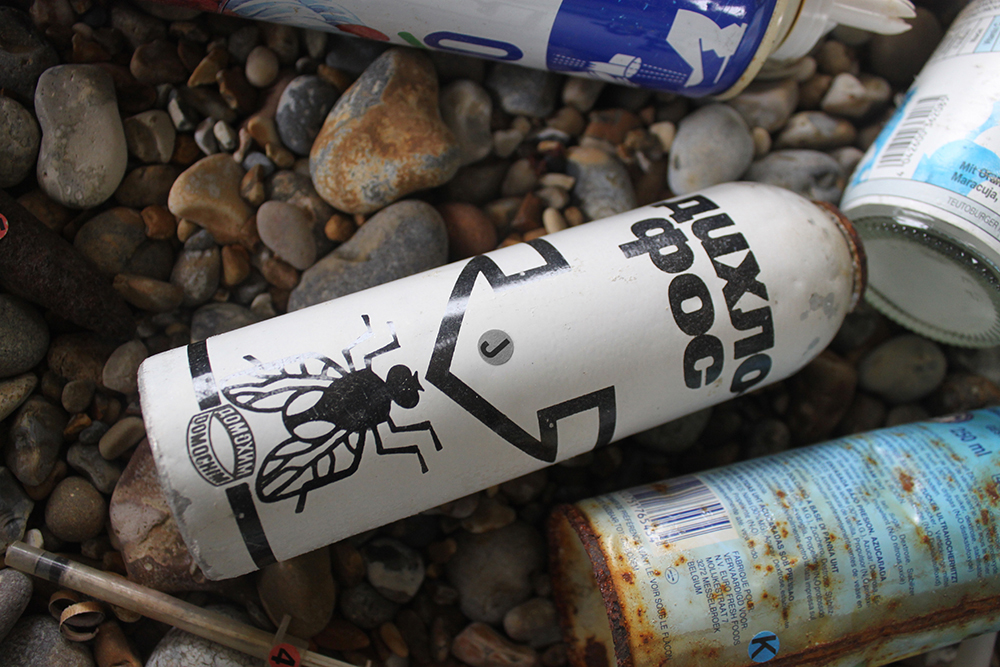 A can of Russian bug spray was found in Orford Ness in Suffolk.

The compilation of weird and wonderful objects, which also includes oil-slicked chocolate bars and tiny toy soldiers, shines a spotlight on the issue of marine debris which continues to blight UK beaches despite a recent rise in public awareness.

The National Trust, which looks after 780 miles of coastline, is calling on its staff, volunteers and the public to pitch in with a beach or river clean, as part of a campaign to encourage people to help tackle plastic pollution and reduce their carbon footprint.

While the origins of many of the finds remain a mystery, the Trust has traced several items back to their home countries, which are as far afield as Russia and Canada.

Among those believed to have crossed the globe include a research buoy from Canada, aerosol from Saudi Arabia, a sonar device made in Texas, Russian fly spray and plastic debris covered in goose barnacles that had likely drifted from the Caribbean. 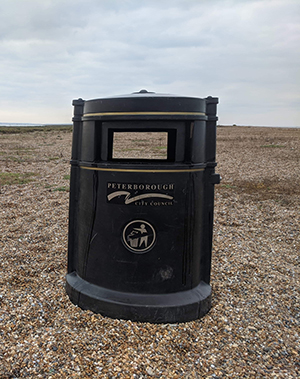 Closer to home, a council trash can was found to have travelled 70 miles along the River Nene from Peterborough to Blakeney Point, a coastal beauty spot in Norfolk famed for its grey seal population. The trash can, dubbed “Pete” by Trust staff, was returned to its home constituency after a social media campaign to find its owner.

February’s storms brought a torrent of marine litter to the Trust’s beaches, and in some cases, revealed hidden relics. At Formby, near Liverpool, photographer Colin Lane found the remains of a picnic from the 1980s that had been unveiled by strong winds. The spread included drink cans, a loaf of bread and a packet of crisps with the contents still intact.

Other odd items to wash up at the Merseyside beach in recent years include piles of vegetables separated by weight by the sea, with heavy carrots at one end of the beach and broccoli florets at the other; a crisp packet with a competition deadline of 30 June 1976 and a Pepsi-Cola bottle believed to be from the fifties.

Phil Dyke, Coastal Specialist at the National Trust, said: “It’s fascinating to hear of the unusual things that land on our beaches, whether they’re relics from history or objects that have travelled thousands of miles.

“But as weird and wonderful as these items are, they tell a more serious story about the permanent nature of plastic, and the constant deluge of marine litter arriving on our shores.

“No one in the UK lives more than 75 miles from the coast, so whether we’re in the city or the country, everything we do impacts on the health of our seas.

“The good news is that there has been a surge in public awareness in recent years – with more people joining beach cleans and swapping from single-use materials. Even small actions like using less packaging and picking up litter can make a difference. We’ve all got a part to play in helping our seas recover.”

Cargo lost at sea accounted for many of the obscure items on the list, including thousands of pieces of nautical-themed Lego that have been washing up on beaches since 1994, when a container carrying millions of pieces fell overboard during stormy weather near Land’s End.

In 2007, National Trust rangers were faced with the biggest beach clean in the charity’s history, following the grounding of the MSC Napoli off the Devon coast.

The disaster – which resulted in 302 tons of fuel and 200 containers being spilt into the water – led to thousands of BMW parts, containers, biscuits, vodka and oil-covered Mars bars strewn across beaches in Devon and Dorset.

In December, rice cakes, plastic buckets and loose apples mysteriously appeared in their hundreds at Freshwater West in Pembrokeshire, later discovered to be the spill from an organic food shipment that had gone overboard on the journey from Dublin to Rotterdam.

There are two pieces of litter for every footstep taken on a UK beach. And the tide does not appear to be stopping, with the Marine Conservation Society reporting an ever-increasing rise in drink containers washed ashore or discarded. Plastic now accounts for over 70% of all litter.

Marine plastics pose a significant threat for wildlife, which can become entangled in rubbish or mistake it for food. 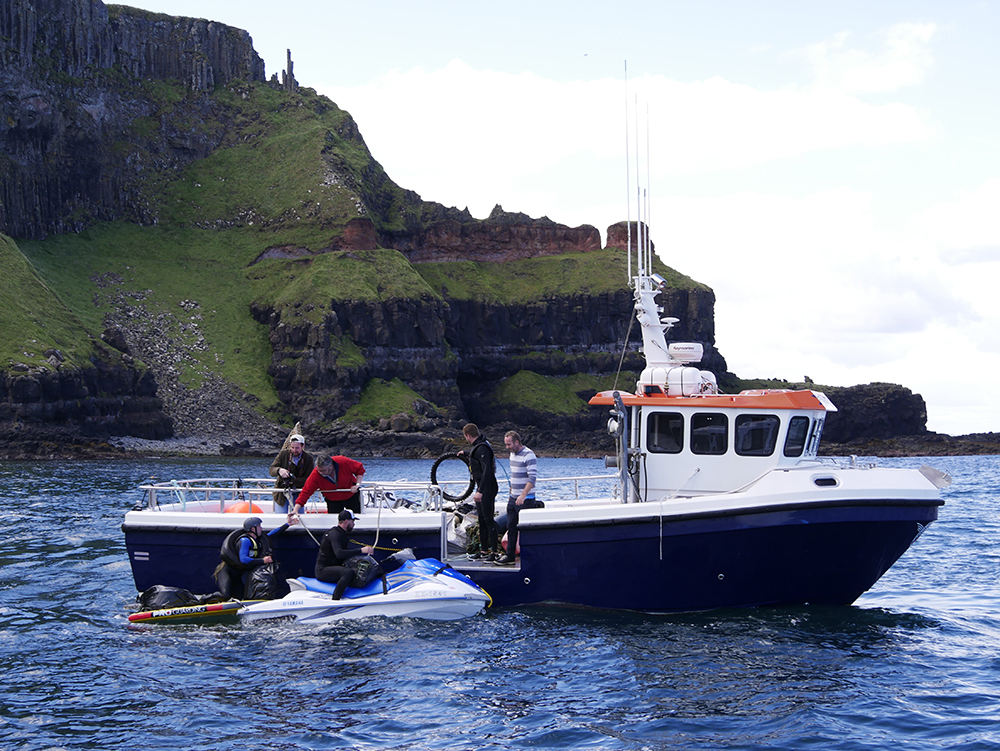