A Mansion in Miniature

The miniature version of Nostell, West Yorkshire, is one of only 12 surviving 18th-century dolls’ houses and the only one that visitors can see in the home it was designed for. 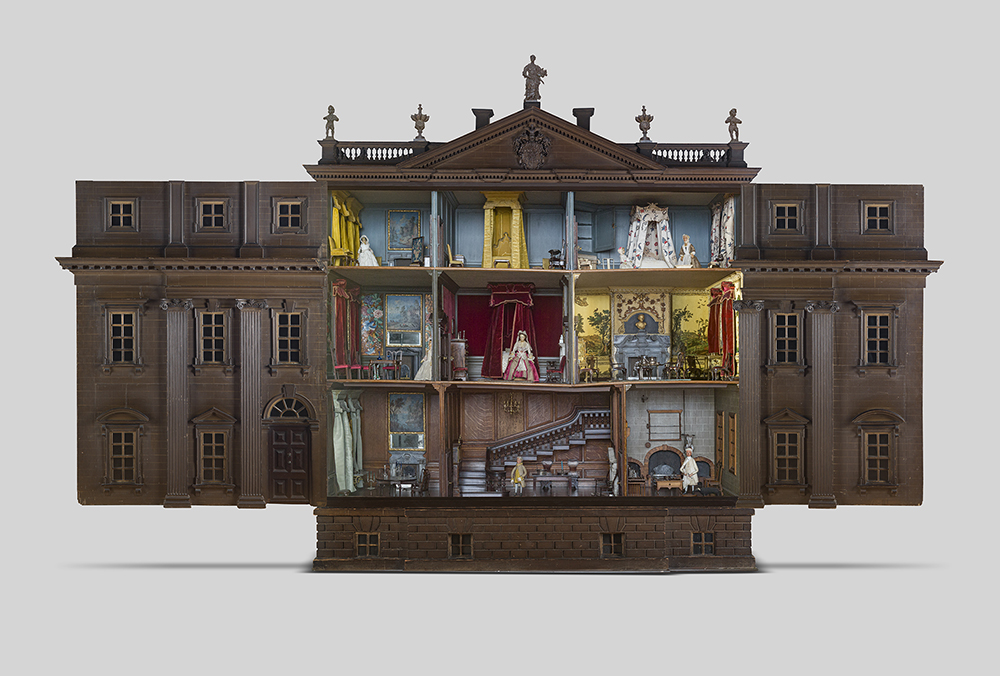 Nostell’s Dollhouse has been painstakingly conserved by curators.

The grand mansion in perfect miniature has been painstakingly conserved down to the last tiny piece of intricate furniture, lavish wallpaper and hallmarked silverware. 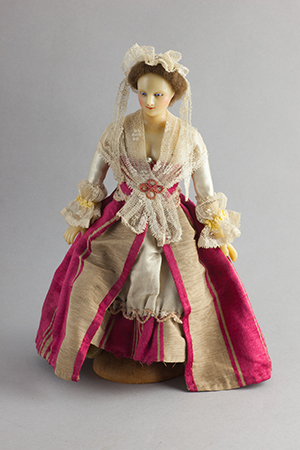 Specialists from the National Trust, which cares for Nostell, discovered almost all the interior decoration is original, with dozens of tiny masterpieces made at great expense by specialist carvers, silversmiths, upholsterers and painters in the 1730s.Experts even uncovered a working servants’ bell and minute kitchen spit during much-needed conservation work to repair years of deterioration, from faded textiles and worn surfaces to woodworm-ridden floorboards – the same agents of deterioration that affect life-sized historic collections.

“Dolls’ houses were not playthings for children in the 18th century. Known as ‘baby houses’, they were part of women’s lives from early teens to adulthood as a key tool in education and self-expression; providing a space to explore design tastes, fashion, social rituals and household management.

“Later hands may have added new details, but this miniature world remains almost frozen in the 1730s when it was furnished by lady of the house Susannah Winn and her sister Katherine.” 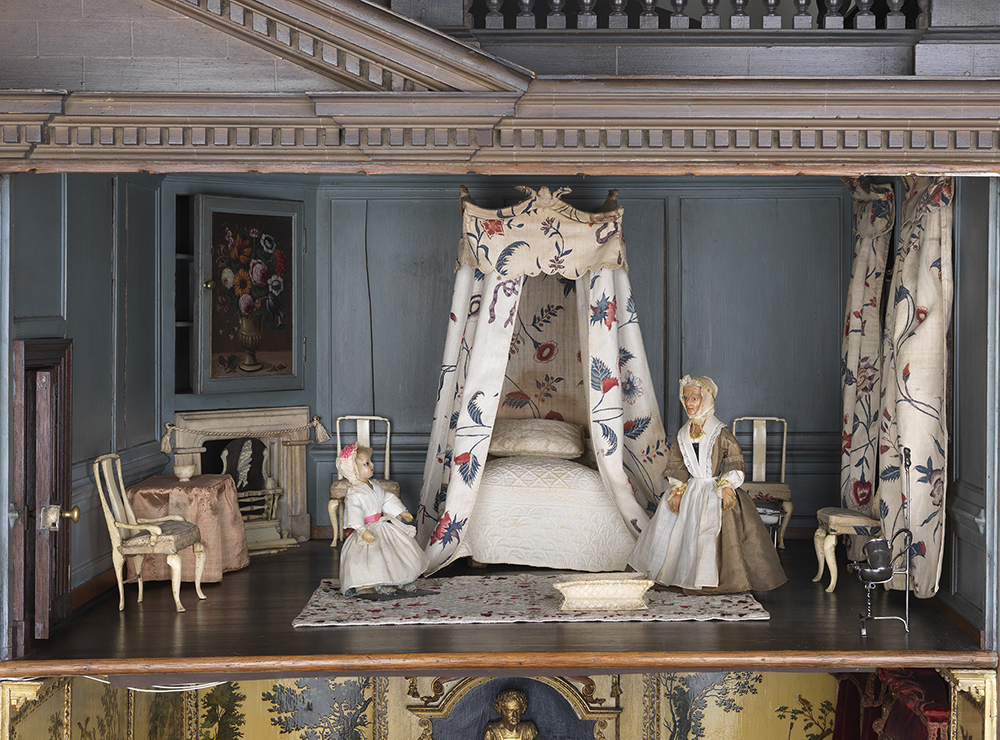 The morning room or lying-in room in the doll house.

From the overall design to the tiny family crest on the Drawing Room fireplace, the dolls’ house has many similarities to the life-sized house, suggesting it reflects how Susannah hoped her new home would be furnished and run. Crease lines and additional lines of stitch holes suggest some materials were repurposed from the furnishings of Nostell itself.

All of the objects in the 2 meter-high dolls’ house were made, and are now looked after, exactly as their life-sized equivalents would be. The National Trust’s Textile Conservation Studio Manager, Maria Jordan, one of the experts who worked on the conservation, marveled at the dolls’ house’s quality and detail.

Maria said: “The grand beds – just 40 centimeters high – are configured and made just as a real bed would have been made, from the carved headboards and bed frames to the exquisite lace trims, bolsters and valances.

“These are some of the smallest objects the studio has ever worked on and we have been amazed by the tiny stitches used to create, embroider or quilt the myriad of textiles in the house. Despite their size, we even found three little petticoats under each of the dolls’ dresses.”

The house was conserved with generous donations from visitors and donors.

Simon said: “I can’t thank enough those who donated to the project and played their part in conserving the dolls’ house to its former glory – creating a wonderful display for generations to come.”
To accompany the newly displayed dolls’ house, a new book, The Nostell Dolls’ House, by curator Simon McCormack, has been published.