Puffins have returned to the Farne Islands off the Northumberland coast, cared for by the National Trust, for the start of the breeding season.

Puffins on the Farne Islands off the Northumberland coast. ©Matthew Scarborough

The islands are currently closed to the public due to the coronavirus but the National Trust rangers are keeping a watchful eye on the precious seabird colony.

The first puffins returning to the islands this year were spotted in March, but the islands are now at full capacity with rangers witnessing first-hand their courtship displays, burrow clearing and general preparations for the breeding season.

Harriet Reid, National Trust Ranger on the Farne Islands, says: “Puffins were first recorded back on the Farnes on March 20, although they were first spotted a couple of weeks earlier when they were rafting off the islands. This is something they do early in the season when they meet in groups out to sea before moving onto the islands. Since then we have witnessed plenty of bill tapping and puffins with muddy fronts which is a sign they’re readying their burrows for their precious eggs.”

Despite the current challenges to typical working practices faced by the team, maintaining and protecting the puffin habitat remains a top priority. Their work is critical to the puffins’ ongoing breeding success.

Puffins are a vulnerable species with populations seeing a severe decline across the world over the last 25 years. They are currently under threat due to climate change with rising sea temperatures affecting their food sources, particularly the sand eel, which likes to live in cooler waters.

Puffins with muddy fronts show that they’ve been readying their burrows for their precious eggs. ©Matthew Scarborough

Last year more than 43,000 pairs of birds were recorded in what was the first annual survey of the colony. Previously the counts had been conducted every five years.

Numbers on the Farnes have been steady over the past few years due to the islands having very few predators.

The results are fed into national data that helps monitor the wider population. Half of the UK population is based at just a handful of sites. 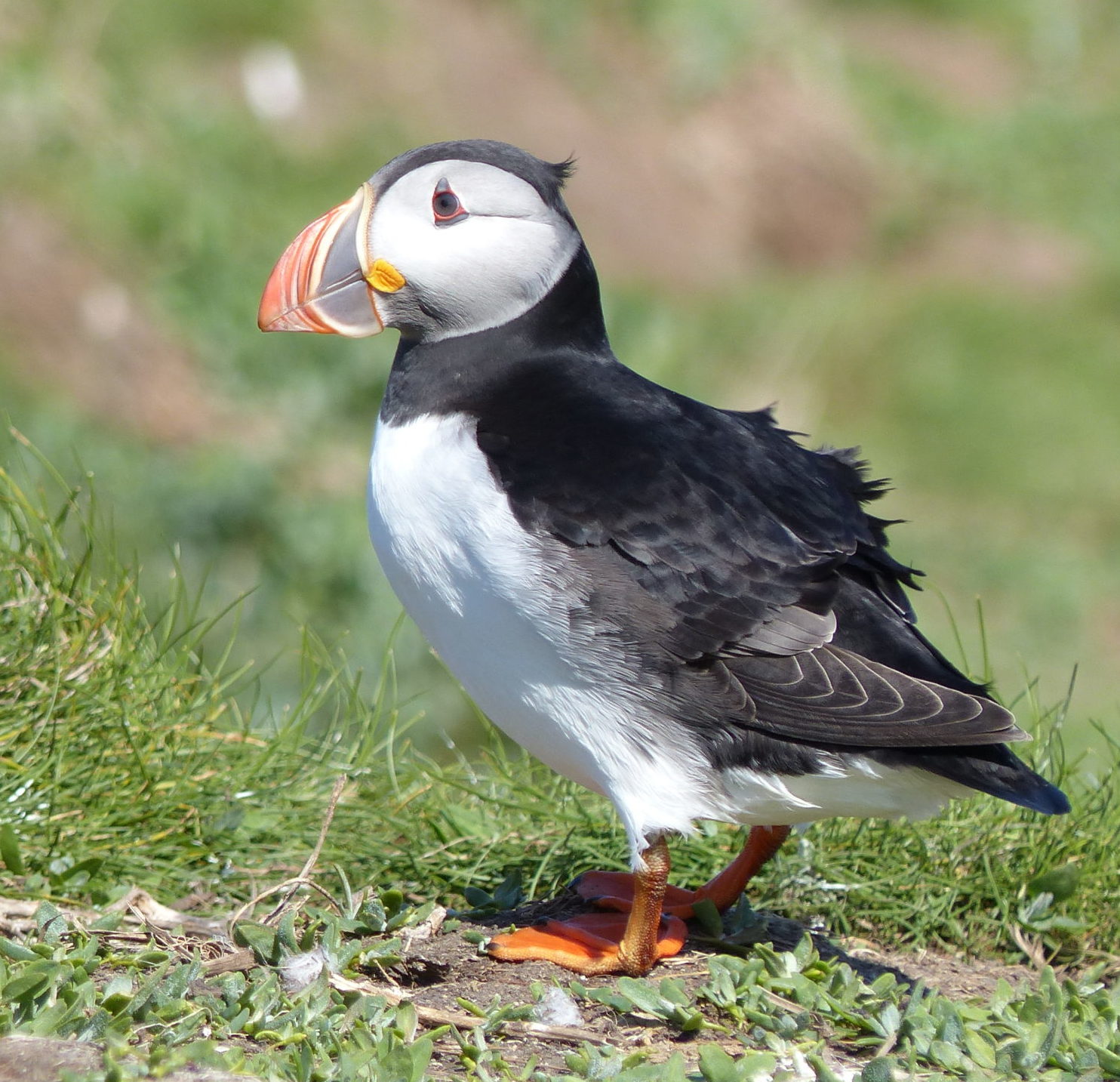 “We’ve spent the last 95 years protecting the seabird habitats and colonies here on the Farnes, so it’s important we carry on with a revised plan for this year, so all that hard work isn’t undone.

“It is highly unlikely that we’ll be able to conduct our typical detailed survey of the seabirds due to not being able to have a full ranger team on site.

“So instead we’ll be keeping records of any significant changes we’re noticing within the colony through our observations, as well as monitoring footage from remote cameras we’ve set up at key points across the islands, ” Harriet continued.

Due to the current pandemic, tourist boat trips to and from the islands have been stopped and the islands currently remain closed to members of the public. However, with the lack of human visitors to the Farne Islands, changes could be seen to the puffins’ behaviour as they settle back into island life.

“Puffins build their nests in burrows and in the absence of visitors we may see them expanding their usual nesting grounds to new parts of the islands. Areas such as the picnic spots on Inner Farne, which are usually popular with our visitors, could possibly see new guests this year,” Harriet concluded.