Versailles and the English: From Louis XIV to Queen Victoria

From the installation of the French Court in 1682, the English have been fascinated with the Palace at Versailles. Fifty percent of foreign books written about Versailles before 1789 were printed in English. English naturalist and scientist Martin Lister, who visited in 1698 under Louis XIV, described Versailles as the most magnificent palace “in all Europe,” and Dr. John Northleigh wrote in 1701 that the garden, “for statues, canals, groves, grotto’s, fountains, waterworks or what else may be thought delightful, far surpasses anything to be seen of this kind in Italy.”

Versailles even served as one of the models (although not the only one) for Hampton Court Palace, Boughton, Chatsworth and other English houses. While great country houses like Goodwood and Newby contain some of the finest collections of French tapestries, furniture and porcelain to be seen outside of France, visiting Versailles itself marked an English traveler as a person of culture and sophistication. British diplomat Lord Chesterfield wrote in 1751 that an hour at Versailles was worth more than three hours in a closet with the best books. But English visitors flocked to Versailles not only to visit the palace and park, but also to watch the royal family dine in public, to listen to the music during Mass in the chapel, and to admire the balls and fireworks.

In his lecture Dr. Philip Mansel will describe the visitor experience at Versailles and explain how English admiration led to Francophilia (as well as Francophobia) becoming an English characteristic. He will show how Versailles provided English travelers with the glamorous court life experience which, after Charles II, the English monarchy did not offer owing to monarchs’ ill-health, personal distaste or lack of money. He also will discuss how foreign admiration for Versailles continued during the 19th century when Queen Victoria called the ball and supper she attended at Versailles in 1855 to be “one of the finest and most magnificent sights we have ever witnessed.” 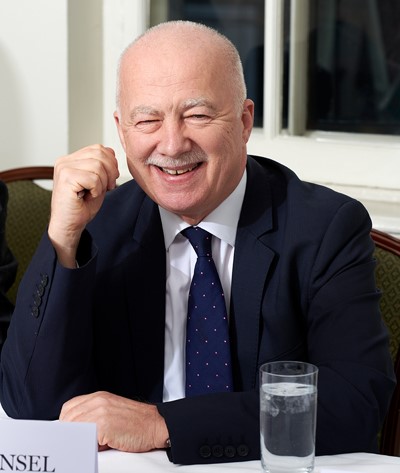 Dr. Philip Mansel (Eton, Balliol College, Oxford) is a historian of France and the Ottoman Empire. He has a doctorate from University College, London.

He has published 14 books and has contributed reviews and articles to History Today, The English Historical Review, The International Herald Tribune, Books and Bookmen, The Daily Telegraph, The Independent and Apollo. In 1995, Dr. Mansel was one of the founders of the Society for Court Studies, designed to promote research on Royal courts and dynasties (www.courtstudies.org), and edited its journal from 1996-2016. Currently he writes reviews for The Spectator, The Art Newspaper and The Times Literary Supplement.

He is a frequent lecturer worldwide. He is a Fellow of the Royal Historical Society, the Royal Society of Literature, the Institute of Historical Research (University of London) and the Royal Asiatic Society. He is the president of the Conseil Scientifique of the Centre de Recherche du Château de Versailles.

He was appointed Chevalier de l’Ordre des Arts et Lettres in 2010 and received the London Library Life in Literature Award in 2012. He received a Knighthood in the Order of the Crown of Belgium in 2016. His most recent book, on which his lecture is based, King of World: The Life of Louis XIV, called ‘the ultimate biography of the Sun King’ by Simon Sebag Montefiore, was published by University of Chicago Press, September 2020.