In 2021, Royal Oak is raising money to restore an important interior at Dyrham Park, a Barqoue-era mansion in the West Country, not far from Bath, built by William Blathwayt, one the most important British government figures of the 17th century. 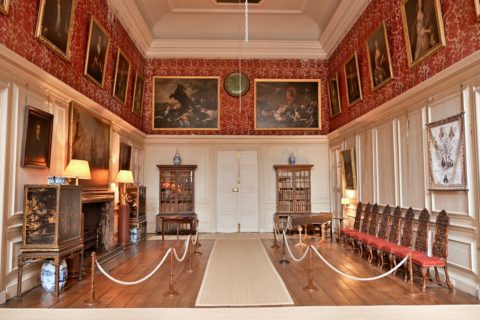 On June 8th, Royal Oak and the National Trust hosted a special evening online to celebrate the beauty and history of Dyrham Park.

The evening included discussions with curators from Dyrham and specially-created videos about the landscape and the house’s interiors.

You can still experience this inspiring evening by renting the recording. All proceeds from the event will go toward supporting our appeal. 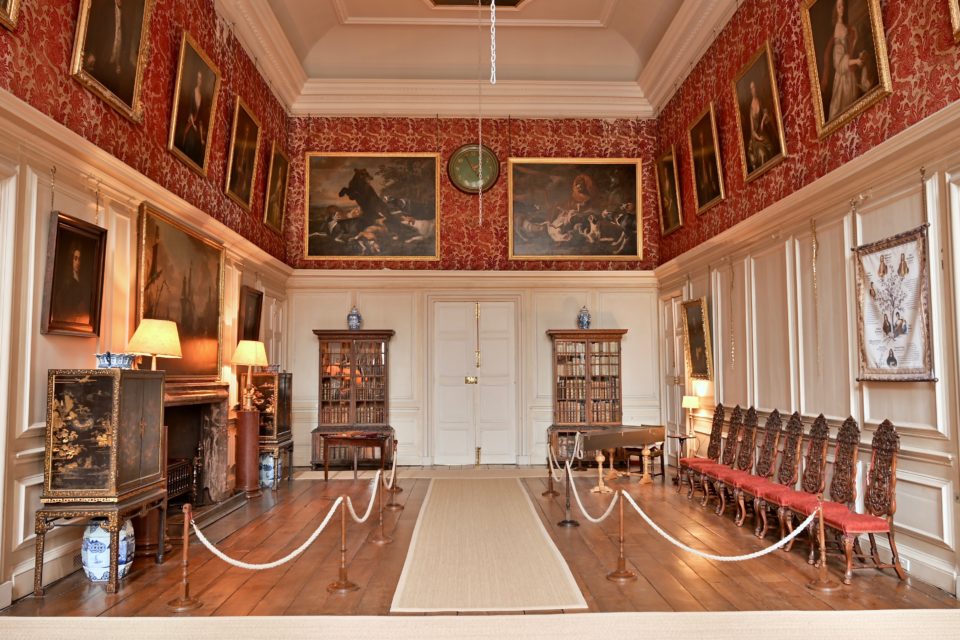 This project provides an opportunity to restore and re-present this magnificent house as the home of 17th-century colonial administrator, William Blathwayt.

Born around 1649, the year that Charles I was beheaded, William Blathwayt was a government administrator who lived through the Commonwealth, the Restoration of Charles II in 1660, the Great Fire of London, and the Glorious Revolution that brought William and Mary into power. Though he served all monarchs from Charles II to George I, it was under William of Orange, or William III, that his career truly flourished.

Serendipitously, Blathwayt had encountered William of Orange early in his career at the English embassy in the Hague. Blathwayt spent his formative years in the Netherlands where he learned Dutch and acquired a life-long enthusiam for Dutch arts and crafts. His ability to speak Dutch and his natural efficiency made him indispensable to William III. Throughout his career, he held several powerful positions including: Auditor-General of Plantation Revenues, Member of the Board of Trade, Secretary at War, acting Secretary of State, Clerk of the Privy Council and Member of Parliament for Bath.

The significant themes of Blathwayt’s life and career can be explored, understood, and seen in Dyrham Park. A time of tumult and change, his era saw the creation of a modern British state with a constitutional monarchy, a sitting parliament and a supporting administrative bureaucracy. Concurrently, there was a reorganization and professionalization of the military. This period was marked by globalization and trade as well as an economic revolution in the banking and financial markets. Britain was extending its reach around the world and building its colonial empire. It was the beginning of both emigration out of Britain into the colonies and the rise of the transatlantic slave trade.

Since a major re-roofing project in 2016, the Trust has turned their attention to the interiors which are in desperate need of revival to reveal and reinstate the most significant and substantial part of Dyrham’s history.

Royal Oak has committed to funding the restoration of the drawing room. This room was re-imagined in the 1930s (see Figure 1)  and will now be re-presented as it would have been decorated in Blathwayt’s time. The room will be recast as the Gilt Leather Parlor, showcasing the books and maps which Blathwayt poured over as essential tools for his overview of international trade. This room was originally decorated with gilt leather wall hangings, like those seen in Figures 2 and 3.

The larger restoration project will include:

Once complete, the reinstated historic rooms will immerse visitors in the magnificent and opulent house William Blathwayt created.

Figure 1: Blathwayt’s drawing room as redecorated in the 1930s. This room will be re-presented as it would have been in the late 1600s.

Figure 2: This painting of an interior with figures painted by the Dutch painter Pieter de Hooch around 1663-1665 shows the kind of gilt leather wall coverings that might have adorned the parlor at Dyrham Park. 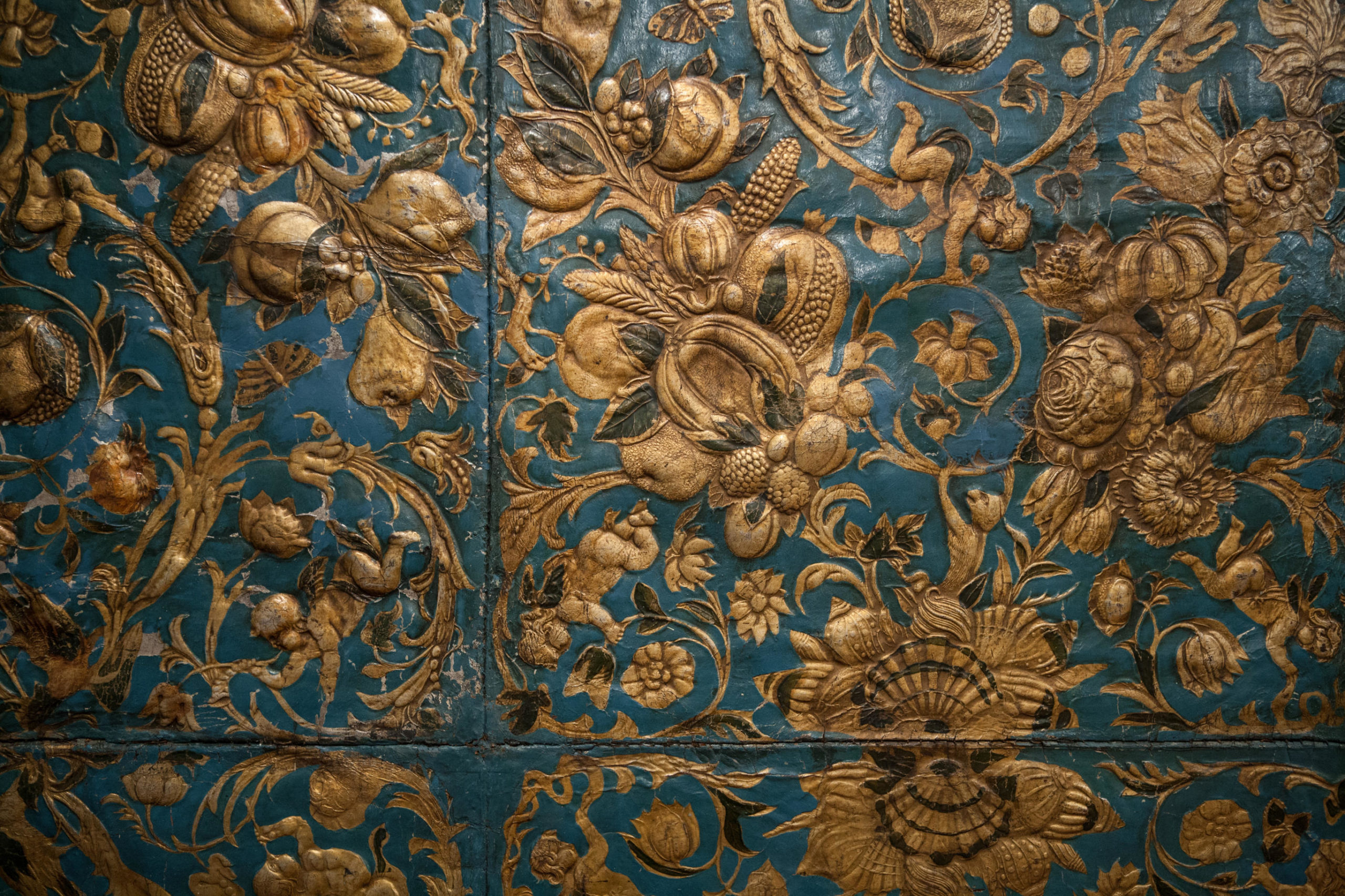 Figure 3: Close-up detail of a set of gilt leather panels in the collection of the Metropolitan Museum of Art. These panels were likely made in the Netherlands in the mid 1600s and would have been similar to what Blathwayt had in his parlor. 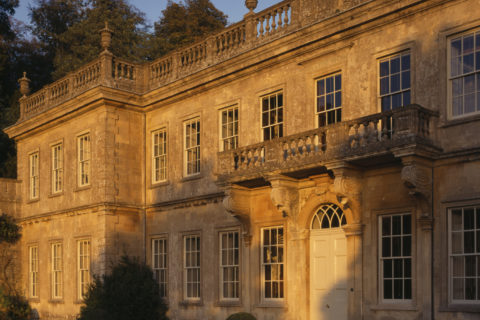 We hope you will join Royal Oak in restoring this historical house to its former glory. 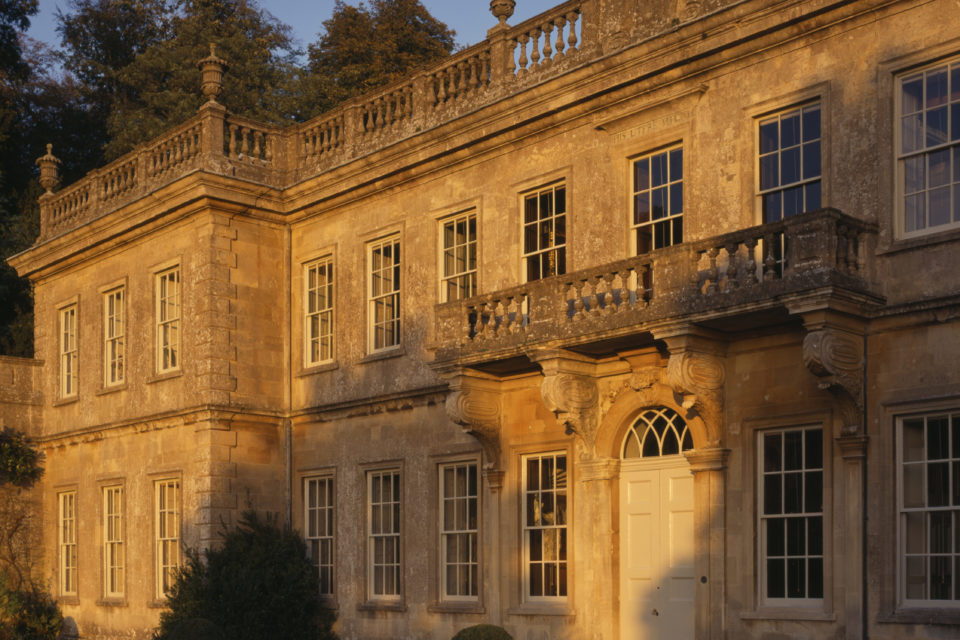