The Royal Oak Foundation is raising $250,000 in our 2020 National Trust appeal to support a major effort to protect Fountains Abbey and Studley Royal Water Garden. 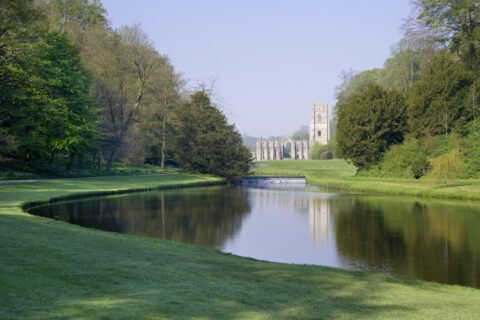 The evening included: guided tours of this UNESCO World Heritage Site with Fountains staff and volunteers; a presentation and Q&A with the General Manager, Justin Scully; engaging panel discussions of the history and the challenges facing the property; and special guest appearance from renowned British artist, Ed Kluz. Musical performance filmed at the Abbey exclusively for Royal Oak members.

Your rental helps to preserve this place for future generations. All proceeds from this event will be donated to Fountains Abbey. 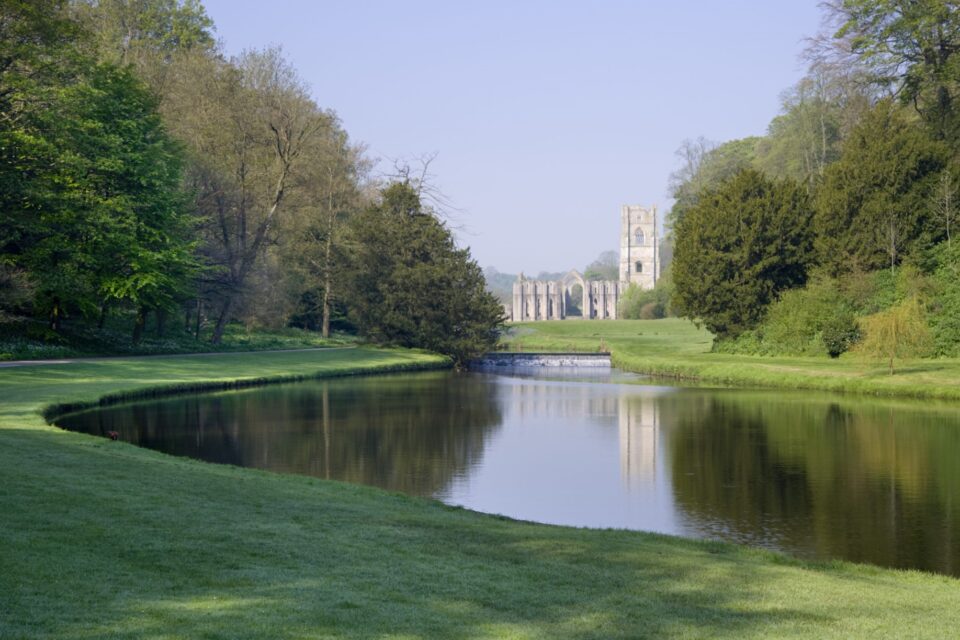 Fountains Abbey and Studley Royal is one of the most magnificent and beautifully designed landscapes ever created. In 1986 it was one of the first places in the UK to become a World Heritage Site because of the harmonious whole of buildings, gardens, and landscapes…which represents over 800 years of human ambition, design and achievement.

An Abbey is Established

The property, situated in the Skell Valley in North Yorkshire, is a striking and distinctive cultural and physical landscape. It is an ancient place where the River Skell has run down from the moorlands through the steep winding valley since time immemorial. In 1132, when the Archbishop of York granted the lands to a group of 13 monks to establish an Abbey, it was described in the Old Chronicles as an, “inhospitable valley thickset with thorns lying between the slopes of mountains among rocks jutting out both sides of the River Skell. Fit rather to the lair of wild beasts than the home of human beings.”

However the valley provided everything the monks needed to develop a thriving community, including shelter from the elements and the building materials to construct the abbey. They manipulated the course of the river so that they could harness its power for grinding grain into flour, which provided bread to fuel the abbey’s ever-growing population. Over time this once inhospitable landscape became one of the largest, richest and most influential Cistercian Abbeys in Britain.

This world came to an end when Henry VIII ordered the dissolution of the monasteries in the 1530s. The deed of surrender was signed in November 1539, ending 400 years of worship at the Abbey. London merchant, Richard Gresham bought the estate and removed the roofs and stripped its assets. And so the ruins of the old Abbey fell into a deep sleep with wooden doors barring the entrances for two hundred years later. 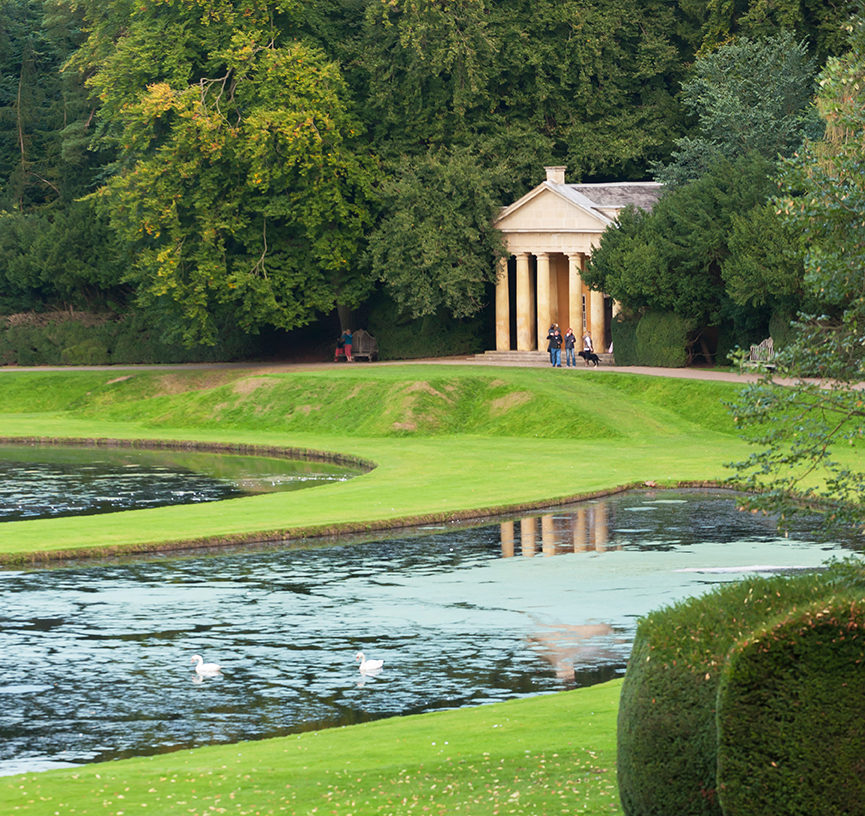 Mirrors of the Sky

While things were still and quiet on the old Abbey lands, a prosperous family was on the rise next door at Studley Royal. The Aislabie family inherited the estate in the late 1600s aand the next three generations of the Aislabie family would plan and design the Georgian water garden on the estate.

They tamed the River Skell to create mirror-like moon ponds and crashing cascades, ingeniously channeling the winding waters to flow through their garden. In 1767, William Aslabie achieved what his father and grandfather were not able to—he buys Fountains Abbey and the two estates become one.

Over the next century, the estate would pass from family to family coming into the ownership of the Marquess of Ripon in the early 20th century and then ultimately, the Vyners, close friends of the Royal family.
The National Trust took ownership in 1983 and opened it up to far wider audiences with around 600,000 visitors coming each year to enjoy this awe-inspiring landscape.

Under Water and Under Threat 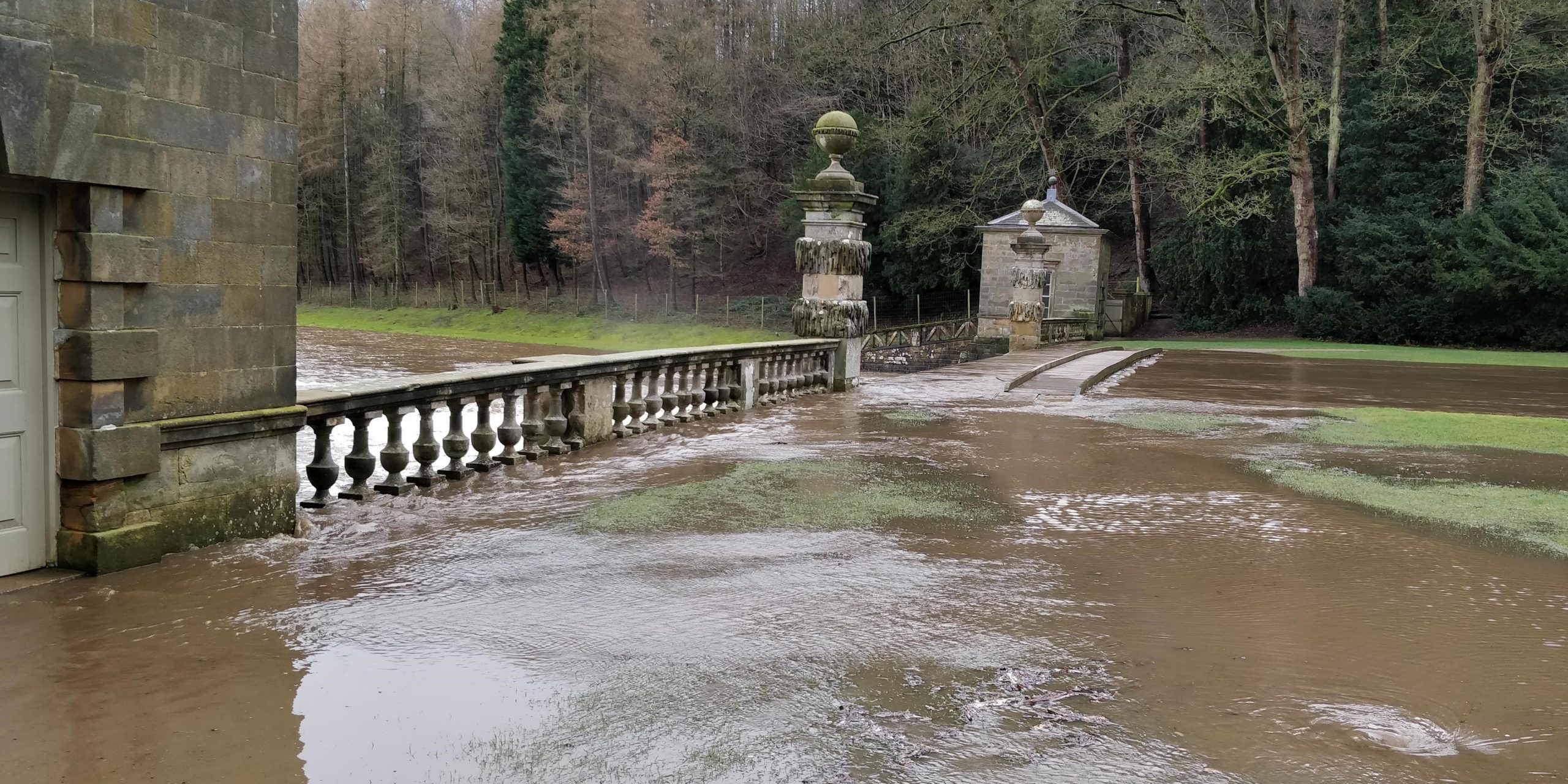 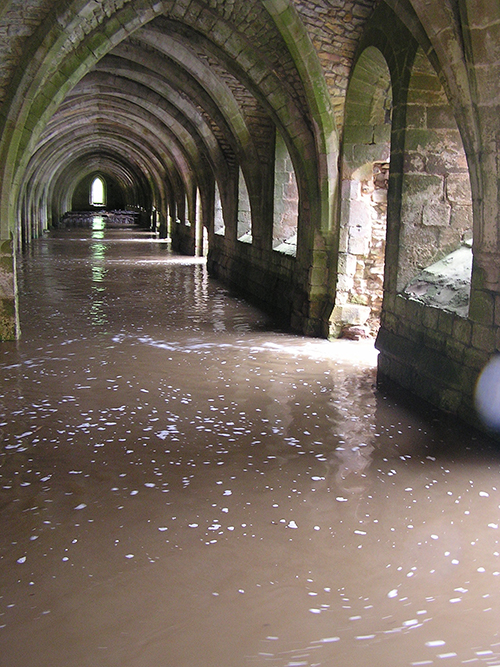 Today, this magnificent place is under threat. The River Skell has been the lifeblood of the abbey over the centuries and is fundamental to the design of the Studley Royal water gardens. However, this close relationship is now threatening the very existence of the World Heritage Site, with Historic England designating it at high risk of flooding.

Problems are compounded by a fatal flaw in the Aislabie landscape design. The water garden is directly connected to the River Skell with the result that the ponds, canals and lakes have become clogged with sediment that runs off the fields upstream, preventing them from being beautiful ‘mirrors to the sky’ as intended.

The Plan to Save the Estate

The Trust has joined forces with the Nidderdale Area of Outstanding Natural Beauty, local farmers and landowners to save Fountains Abbey and Studley Royal and restore the health of the river. The Trust will work with these partners to implement a natural flood management program including planting ten hectares of woodland and creating ponds and meadows. Work will be done to slow the water flow, reducing the risk of flooding and soil run-off so that the Studley Royal water garden doesn’t fill with silt.
The National Trust will record and conserve surviving relicts of the Chinese Garden including the plinth of William Aislabie’s Ting, the Roman Monument, the gate piers and the walls to the Chinese Wood.

At Spa Gill Wood they will work to reveal the surviving listed well-head and enhance the presentation of the spa pool. Research will be conducted on the remains of the cottage in the wood used by 19th century visitors when taking in the spa waters, as well as the historic carriage drives, bridges and planting designs set out by William Aislabie in the 18th century.

The Skell Valley project will run from 2021 to 2024 and will cost approximately £2.5 million. We hope you will join us in saving this historical and special site by supporting these initiatives. 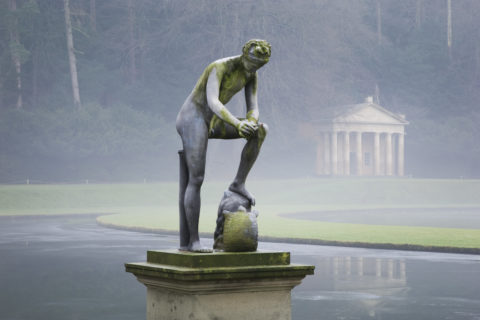 The National Trust has launched an ambitious new project to secure the long-term future of one of Britain’s most beautiful and historic landscapes. 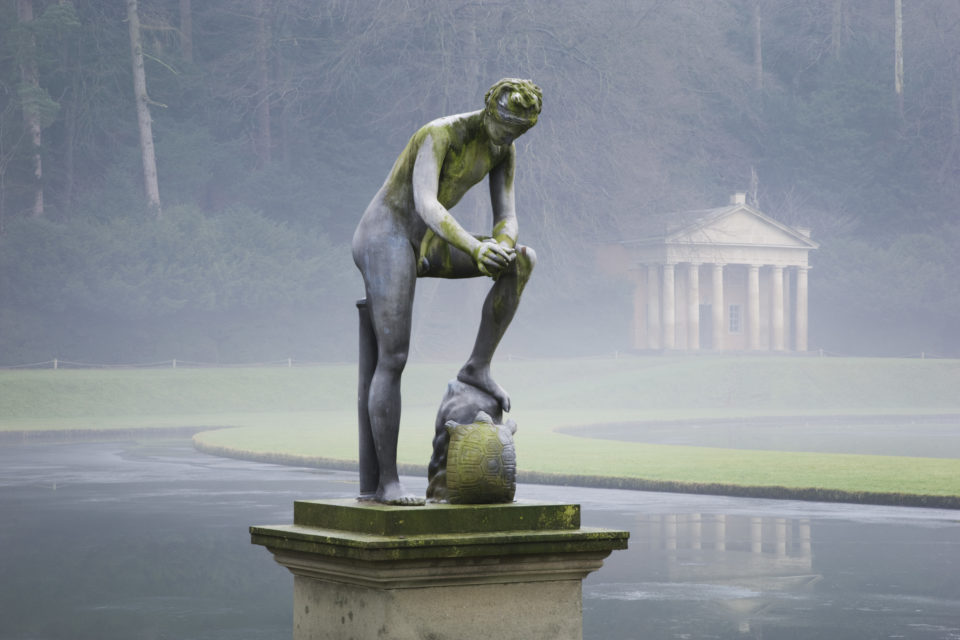