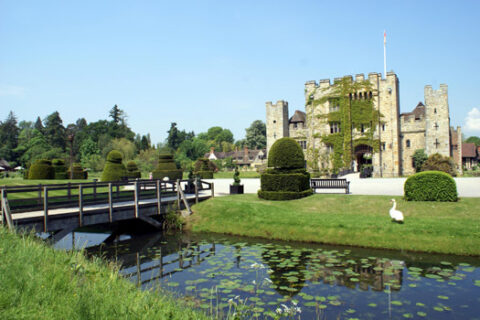 The romantic county of Kent offers a multitude of historic treasures, from enchanting castles and stately homes to imaginative gardens and delightful coastal towns. On this captivating break we learn about Kent’s role in shaping English history, and discover some of its famous residents such as Charles Dickens and Winston Churchill. In a county famed for its castles, we also explore historic Hever, the childhood home of Anne Boleyn and impressive Leeds Castle, lovingly restored by an American heiress. We combine these fascinating architectural wonders with the peacefulness of the Kentish coast, as we experience the classic seaside charm of Whitstable. 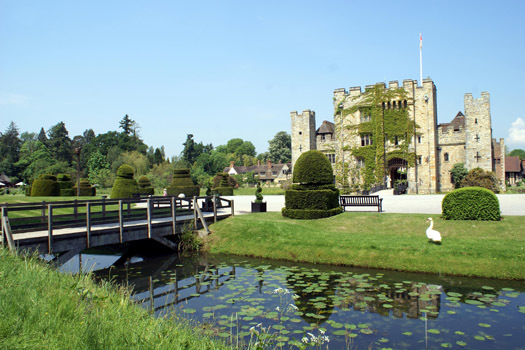 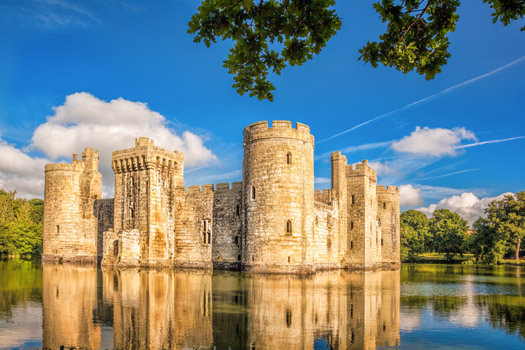 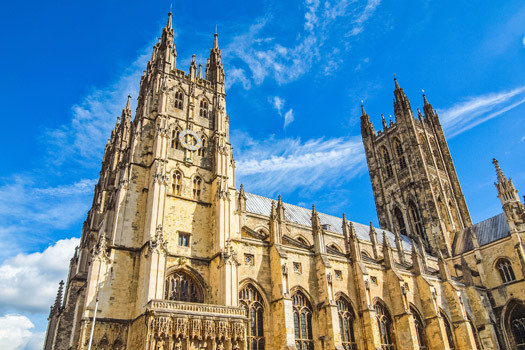 The Canterbury Cathedral in Kent, England 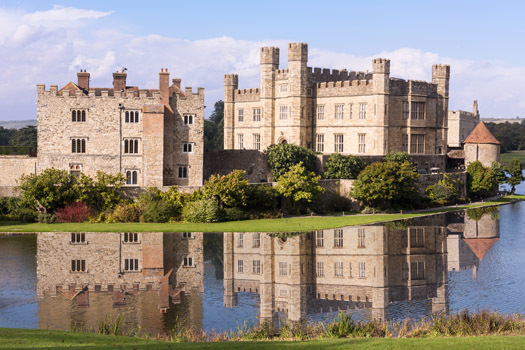 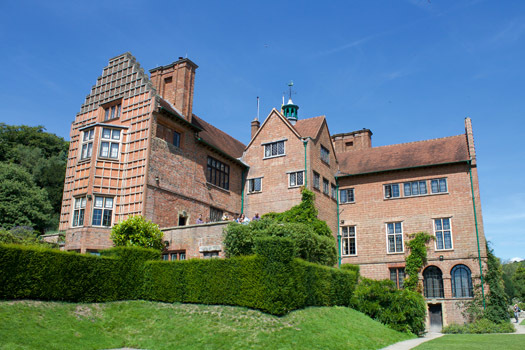 On arrival at Heathrow airport, a private transfer will take you to our overnight hotel, the Castle Hotel Windsor. In the evening, join the group for a welcome drink, followed by dinner.

Today we first visit Chartwell, Sir Winston Churchill’s beloved home from 1924 to the time of his death. The house is still home to many of the great statesman’s personal and political mementos, including an amazing collection of gifts he received from other world leaders. Our guided tour of the gardens takes in Churchill’s personal painting studio hidden in the grounds, the romantic Golden Rose Avenue, the special walled garden, the lakes and the pretty water features.

Next, we explore the moated manor house of Ightham Mote, once described by historian David Starkey as ‘the most beautiful and the most interesting of English country houses’. Built nearly 700 years ago, atmospheric Ightham has been home to medieval knights, courtiers to Henry VIII and Victorian High Society.

From here, we travel to the Chilston Park Hotel, where we stay for the next five nights.

We head to Hever Castle, the childhood home of Henry VIII’s second wife, Anne Boleyn, where we enjoy a private guided tour. Dating back to the late 13th century, this double-moated castle is home to various historic artifacts including Tudor portraits and furniture, as well as two prayer books inscribed by Anne Boleyn. The castle was lavishly restored by American millionaire, William Waldorf Astor, in the early 20th century.

This evening we enjoy dinner together in a local pub.

This morning we head to Sissinghurst Castle Garden where we enjoy an exclusive out-of-hours garden tour. Created in the 1930s by novelist Vita Sackville-West and her husband Harold Nicolson around the ruins of an Elizabethan manor house, these world-famous gardens are laid out as a series of individually-planted ‘rooms’, including a fragrant Herb Garden and Rose Garden.

After lunch (not included) in the picturesque town of Tenterden, we continue to Bodiam Castle. This archetypal 14th-century moated castle gives us a glimpse of medieval splendor and boasts an original wooden portcullis, spiral staircase and battlements.

After dinner back at the hotel this evening, we enjoy a fascinating talk by a guest speaker.

We start the day in Canterbury. The city has a fascinating history which we learn about on our Blue Badge guided walking tour. We also enjoy a guided tour of Canterbury Cathedral, the oldest cathedral in England, dating back to Norman times. In 1170, Archbishop Thomas Becket was murdered in the cathedral and ever since it has been a site of Christian pilgrimage.

Next is a guided tour of Whitstable, a picturesque fishing and harbour town on the north coast of Kent, renowned for its fresh oysters and connections to Charles Dickens. You can enjoy sampling these culinary delights during dinner in a popular local restaurant.

We visit Leeds Castle, a quintessential moated castle set in 500 acres of glorious parkland, where we enjoy an exclusive early morning guided tour. Dating back to the 12th century, it was once home to Henry VIII and Catherine of Aragon. The castle’s last private owner was Lady Baillie, an Anglo-American heiress who lovingly restored the castle to its former glory. We discover more of the castle’s fascinating history as well as its wealth of furnishings, paintings, tapestries and antiques on display.

Our next stop is Godinton House, a delightful Jacobean property incorporating a medieval hall and ornate carvings, where we enjoy a guided tour and afternoon cream tea. Godinton is a much-loved home where each room reflects the tastes of those who have lived here with an excellent collection of furniture, art, and curios. We also have time to explore the 12 acres of tranquil gardens, surrounded by ancient parkland.

This morning we enjoy a scenic drive along the Kentish coast to Dover Castle, one of England’s most iconic fortresses. Situated atop the famous White Cliffs of Dover, the castle played a part in the defence of the country for nine centuries and endured one of the greatest sieges of the medieval era. We enjoy a private guided tour of the Great Tower, built by King Henry II and now an authentic re-creation of a medieval palace. From the historic kitchens and the lavish bedchamber to the opulent interiors of wall hangings, incredible furnishings and intricate objects, a visit here feels like stepping into a microcosm of an ancient regal world.

Next, we head underground to discover the castle’s tunnels, bursting with fascinating history. The subterranean network served as soldier barracks during the Napoleonic Wars, became a hospital and headquarters during the Second World War and is where the evacuation of Dunkirk was masterminded. In the 1960s, the tunnels were also equipped to serve as a Regional Seat of Government in the event of nuclear war. Today, they are full of weapons, uniforms and personal possessions, offering a fascinating glimpse into the lives of those who worked here.

Later, we check back into our Windsor hotel where we stay for the remainder of our tour.

Saturday: Down House and Windsor Castle

Our first stop today is Down House, home of scientist Charles Darwin and his family for 40 years. Several rooms have been recreated as they appeared when he lived here including the study where he wrote On the Origin of Species. The house is surrounded by extensive gardens; Darwin’s ‘outdoor laboratory’.

We then visit Windsor Castle, the oldest and largest inhabited castle in the world which is still one of the official residences of Queen Elizabeth II today. Established in the 11th century by William the Conqueror, it has been remodeled by successive kings and queens and is regularly used for ceremonial and state occasions. The magnificent State Apartments are furnished with some of the finest works of art, which we admire during our audio-guided tour.

This evening we enjoy a farewell dinner together back at our hotel. 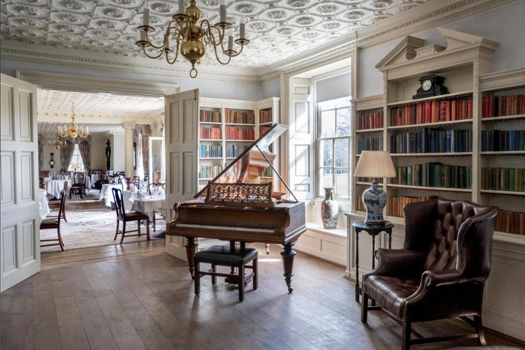