As the American partner of the National Trust in the U.K., we’re thrilled to announce the launch of the new publication Roman Splendour, English Arcadia by Simon Swynfen Jervis and Dudley Dodd. 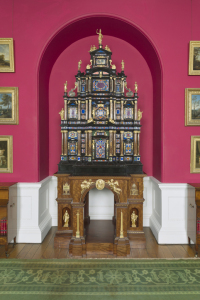 The recent publication dedicated to Pope Sixtus V’s cabinet housed at the National Trust’s Stourhead not only celebrates the remarkable craftsmanship of the stunning 16th century masterpiece, but is also a timely thread that weaves together Royal Oak’s most recent fundraising efforts and our 2015 appeal for the National Trust’s Furniture Research and Publication Project.  Many of you remember our campaign in 2014 to restore and preserve Stourhead’s beautiful landscape which was huge success! We’re so thrilled to share this publication which highlights Stourhead’s interior features at the launch of the Furniture Research Project.

As an early thank you for your support of the 2015 National Trust Appeal, Royal Oak members are offered a special rate to purchase the Roman Splendour, English Arcadia at $55 (regular $75) using the discount code ROMAN27. For more information and purchasing visit the publisher, I.B.Tauris’ site.

As an early thank you, Royal Oak members are offered a special rate to purchase the Roman Splendour, English Arcadia at $55 through I.B.Tauris’ site. Become a member today to receive the discount code.

If you are a member, log-in here:Log-in

“The newly published book Roman Splendour, English Arcadia, by Simon Swynfen Jervis and Dudley Dodd, celebrates the visual impact of this extraordinary cabinet, its architectural complexity, lavish gilt-bronze mounts and dazzling semi-previous stones. The book also explores how the cabinet was made in about 1585 for Pope Sixtus V, who rose from humble origins to become the rebuilder of Rome, and how it was handed down in the dynasty of his relatives, the Peretti family, who joined the ranks of the Roman princely elite. 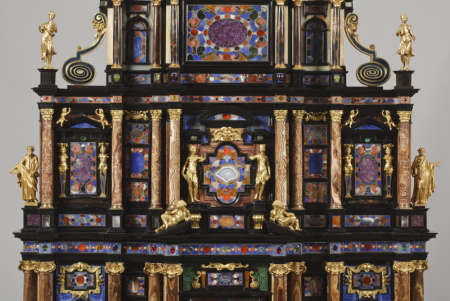 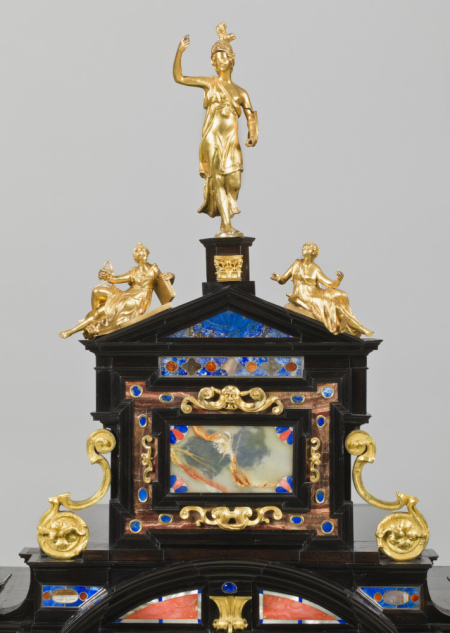 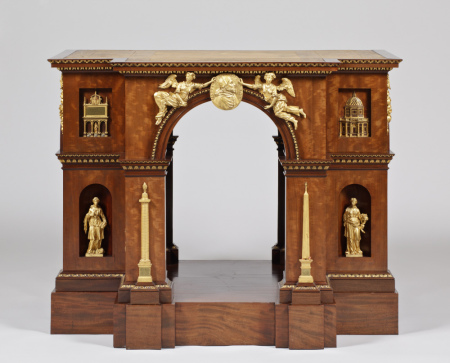 The cabinet came to Stourhead in the 1740s, after it had been bought by the banker Henry Hoare, ‘the Magnificent’. It was a key element in Hoare’s project to transform both the house and the garden at Stourhead into an arcadian realm inspired by Italian art and the classical world. Although it is strictly speaking a piece of furniture, the Sixtus cabinet has the impact of a luxurious model building and the aura of a tabernacle or a reliquary.”

Interested in more publications like Roman Splendour, English Arcadia? Support of this year’s National Trust Furniture Research and Publication Project will provide funds to hire researchers, cataloguers and data entry for an online world-wide database which will uncover hundreds of collection pieces housed throughout the National Trust’s properties. With your help, we can open more cabinets like Sixtus’ with this year’s efforts.