Learn the story behind The Earl of Shaftesbury and St. Giles House, before he lectures for Royal Oak.  Buy Tickets 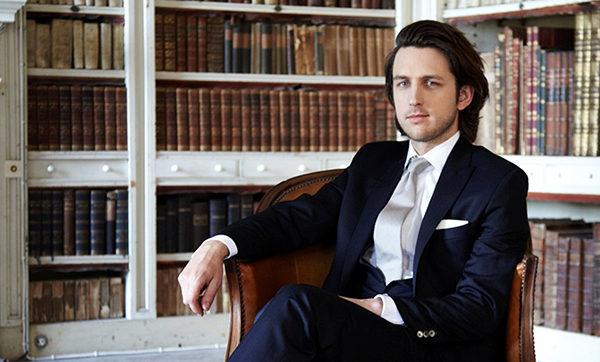 The 12th Earl of Shaftesbury

Royal Oak lecturers are an impressive bunch, and they come from a range of backgrounds. From scholars to Lords, TV personalities to historic home owners, their histories run the gamut. Even among this eclectic group, though, Nick Ashley-Cooper’s story stands out: ten years ago, he was a successful techno DJ living in New York. Today, he’s The Earl of Shaftesbury and the head of a rejuvenated estate.

The Earl’s story, combined with his award-winning restoration of the family home, St. Giles House, has turned a few heads. Today, it was The Wall Street Journal’s turn, as they featured him on the front page of their “Mansion” section (go read the full article on their site, you won’t be disappointed).

As The Journal tells it, Ashley-Cooper became the Earl of Shaftesbury after tragedy struck twice. First, his father, the 11th Earl, was murdered. Just weeks later, Nick’s older brother died suddenly of a heart attack at age 27. That left Nick with the title, and a house in disrepair.

“What became very clear,” he told The Wall Street Journal, “was that I couldn’t stay in New York. I had to come home to be with my family. It was a real stepping-up moment.”

And step up he did. The Earl moved in with his wife in March 2012, and went to work. They repaired St. Giles house’s entrances and lobbies, installed a new kitchen, restored the reception room and more. The work has earned a great deal of acclaim. The Wall Street Journal writes:

“The work was completed at the start of this year. And like most of Britain’s great houses, as well as being a full-time family home, St. Giles now has to earn its keep. The state rooms, including the library and great dining room, host weddings, chamber-music concerts, and conferences. Open-air events take place on the grounds…The renovation of the house recently won the Historic Houses Association’s annual restoration award.” 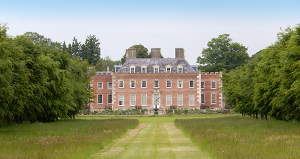 Royal Oak is proud to be hosting The Earl of Shaftesbury next month, and we highly encourage you to read The Wall Street Journal’s full report, complete with photographs of the Earl and his home, here.

Next year, the Earl will host Royal Oak members for a private lunch and a tour of his spectacular home, St. Giles House, next May, as part of the Royal Oak Garden Tour.

Join us for a bespoke, 5-day tour of the finest houses and gardens in Dorset. The trip is packed with private visits to properties and tours from the owners themselves. Space is extremely limited.

To book your tickets to any of the Earl’s lectures, visit our Lectures page:  Buy Tickets