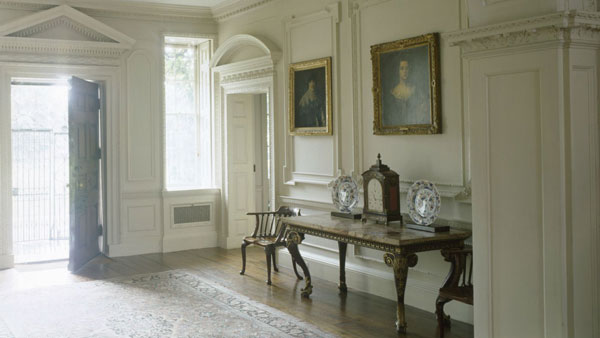 Royal Oak member, Stephen Hague has shared with us his favorite British ‘gentlemen houses.’ An expert on the topic, Dr. Hague teaches a wide range of courses in Modern European history, with a special interest in Britain and the British Empire in a global perspective. His research offers a social and cultural reading of under-studied ‘gentlemen’s houses’ and their associated families in eighteenth-century Britain and the British Atlantic world. By examining material culture, his work explores the relationship between the middling sort and landed gentry to investigate social mobility. 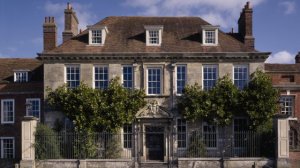 A quick stroll through England’s countryside and its cityscapes highlights the presence of numerous small eighteenth-century classical houses, which have become synonymous with elegance and genteel living.  Think the National Trust’s Mompesson House in Salisbury and you will get the picture.

Ironically, when it was first built in the mid-seventeenth century, the small classical box type was disparaged as lacking in ‘grandure and stateliness’ by architect Roger North.  By about 1725, however, it became a fashionable, flexible, and economical housing choice, especially for the merchants, professionals, and government officials who played such pivotal roles in Britain’s eighteenth century expansion. The small classical box became so common that society considered it entirely ‘fit for a gentleman’. 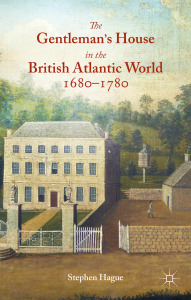 Until now, houses of this sort have been relatively neglected.  In an effort to explore the ubiquity and importance of this dwelling type, my recent book, The Gentleman’s House in the British Atlantic World, examines about two hundred such houses in Britain and America. These houses most often filled the role of a ‘house in the country’, rather than functioning as true country houses supported by large landed estates.  By looking at buildings, landscapes, spatial arrangement, furnishings and people together, we can learn a great deal about how eighteenth-century Britons staked out and defined their social position across the Atlantic world.

Although not always open to the public – many are private, or turned into schools, hospitals, hotels or other institutional functions – these houses nevertheless mark some of the finest polite eighteenth-century architecture on both sides of the Atlantic.  To give AngloFiles readers a flavor of The Gentleman’s House, I have chosen five of my favorite classical houses to illustrate some of the points made in the book. 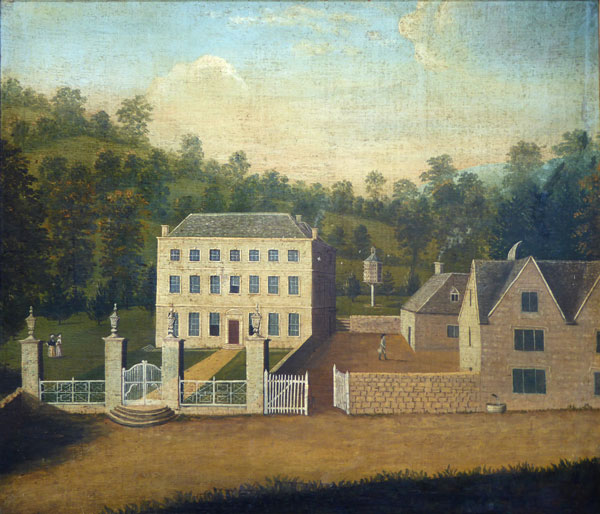 The striking painting that graces the cover of the book is of Pitchcombe House in Gloucestershire. This image stands out because of the interplay of buildings, landscape, and people, which reinforces one of the main points in the book:  that these houses most often closely juxtaposed work and politeness.  The two ladies on the left walking through a simple natural landscape compare with the servant trudging across the service yard on the right, a fitting visual reminder of the range of activities that took place in genteel houses. 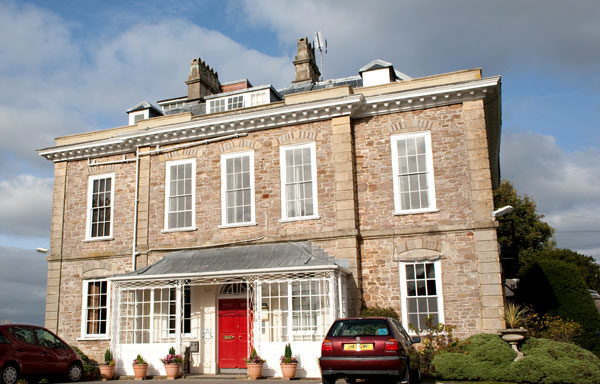 Little known on either side of the Atlantic, Bristol Customs official John Elbridge lived at Cote, a 1720s stone house that now provides retirement housing and care for older people.  What is particularly special about Cote is how its undistinguished architecture reflects the conservatism of one of Bristol’s leading citizens, who left an enormous estate of ₤80,000 in 1739.  Instead of building or buying a grand country house, however, Elbridge was content to live in this comparatively modest residence.  Thanks (one might say) to a dispute over Elbridge’s fortune, the copious court papers make this one of the most well-documented – but under-studied – gentlemen’s houses I encountered. 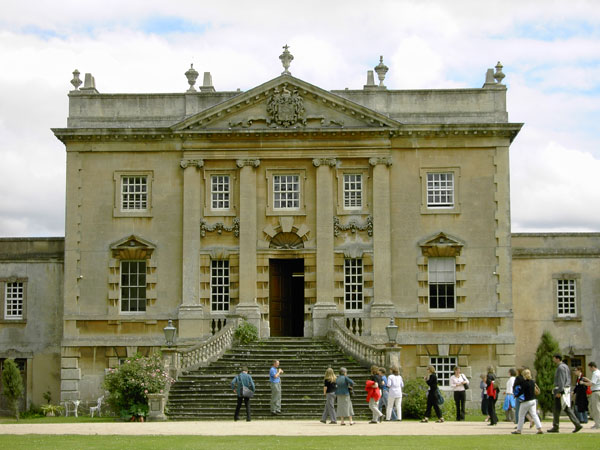 Architecturally much more distinguished is Frampton Court, one of the most elegant small houses in my study.  Built in the 1730s by Richard Clutterbuck, who tore down his father’s rather old-fashioned house and put up this striking mix of Palladian form and Baroque ornamentation, Frampton Court balances considerable extravagance with considerable economy.  The main block of the house is of Bath stone, although bricks from the earlier house were re-used, and the furnishings combined older objects with some flashy new pieces.  This combination of old and new, fashionable and staid, was a chief characteristic of these houses and their owners. 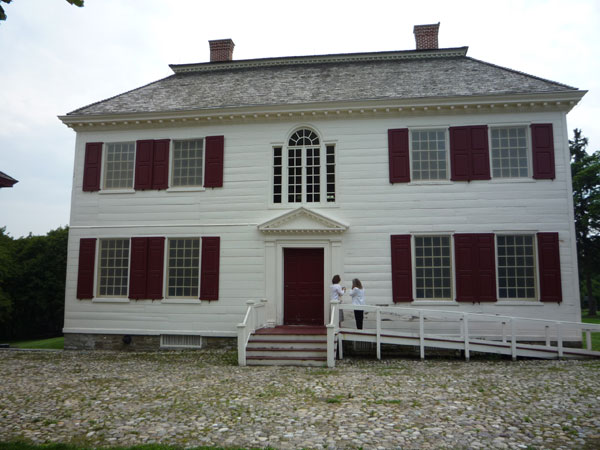 Since the book covers eighteenth-century houses in Britain and its North American colonies, I offer two houses in America with a very British flavor. Johnson Hall, located in the Mohawk Valley of upstate New York, served as the centerpiece of an enormous estate for Sir William Johnson, the Anglo-Irish Superintendent of Indian Affairs.  Constantly filled with numerous people, including large gatherings of Native Americans, the balance Johnson Hall struck between civility and perceived barbarity did not suit everyone’s taste.  As one visiting aristocrat noted, it was ‘a very comfortable house’, but ‘no consideration should tempt me to lead his life’. 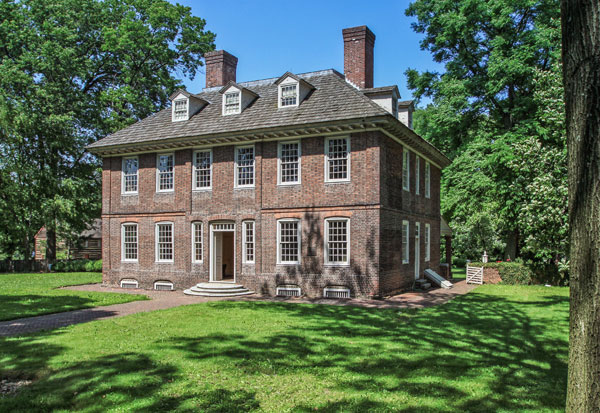 My favorite house, however, remains Stenton in Pennsylvania, the exquisitely preserved mansion of James Logan.  Like many of the builders and owners of these houses, Logan, who was Pennsylvania founder William Penn’s right-hand man, has largely been lost to posterity.  But in colonial America, he was a pivotal figure.  His house, now a museum in Philadelphia, is noteworthy for its state of preservation, superb collections, and extraordinary documentation. Indeed, those seeking an outstanding eighteenth-century British gentleman’s house need travel no further than Stenton to seek one out.

On your next journey to discover Britain’s top ‘gentlemen houses,’ pack your Royal Oak membership card!