Britain’s most secretive country house saved for the public

Many Royal Oak members will recall meeting journalist and historian, Tessa Boase, who traveled through the US revealing the stories she uncovered in her research about the upstairs, downstairs culture in Britain’s finest country estates. Tessa has agreed to share her stories here on Royal Oak’s online AngloFiles Magazine. If you’d like to learn more about Tessa’s research, you can purchase her book ‘The Housekeeper’s Tale’ from her website.

Unlike the much cherished Chatsworth or Blenheim, few in Britain have heard of Wentworth Woodhouse – and fewer still have actually seen it.

This is Britain’s largest country house, a Georgian gem built upon the riches of South Yorkshire’s coal seams – but ‘large’ doesn’t quite adequately describe it. Imagine Buckingham Palace – and then double it. This is a country house on an obscene scale.

In the mid-19th-century it employed one thousand staff, from carpenters to rat catchers, scullery maids to laundresses. There are 364 rooms and five miles of passageways. One Edwardian guest resorted to crumbling wafers along the route from his bedroom to the dining room, so he could find his way back after dinner. Thereafter, guests were presented with a crested silver casket containing different-coloured confetti.

This was in Wentworth’s heyday. But a series of ill-advised marriages, cruel twists of fate and the nationalization of Britain’s coal led to the house’s forlorn demise. After WWII open cast mining devastated the landscape, right up to Wentworth’s front door. The 10th Earl Fitzwilliam died in 1979, having married a woman too old to produce an heir. The house was closed down, its many secrets languishing behind blank and shuttered walls. Wentworth’s extraordinary size, and its location in one of the most depressed regions in Britain, prevented it being put to institutional use. The heating bill alone would run to £1000 a week. 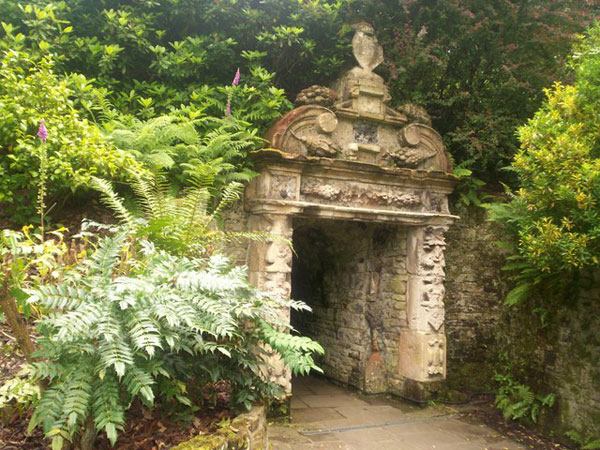 The Bear Pit. Image courtesy of Jonathan Clitheroe on Wikicommons

‘It had been built for show, for one purpose only’  – wrote Catherine Bailey in Black Diamonds, a pacy book on the house’s chequered 20th-century history – ‘to be one powerful man’s stately home.’

Wentworth Woodhouse was sold in 1988 to a flamboyant businessman who then went bankrupt. In 1999 it was bought again by an anonymous bidder at the knockdown price of £1.5 million – ‘cheaper per square yard than a council house in the nearby town of Rotherham,’ noted Bailey.

The new owner Clifford Newbold was a reclusive Londoner in his seventies, anxious to keep aloof from Wentworth village and prying eyes. But he needed revenue. And so in 2012, after years of stony silence, there was an announcement: ‘This sleeping giant is finally opening up to the wide world.’ Tickets were available for the first public tours. Country house fans scrambled to be first over the threshold. 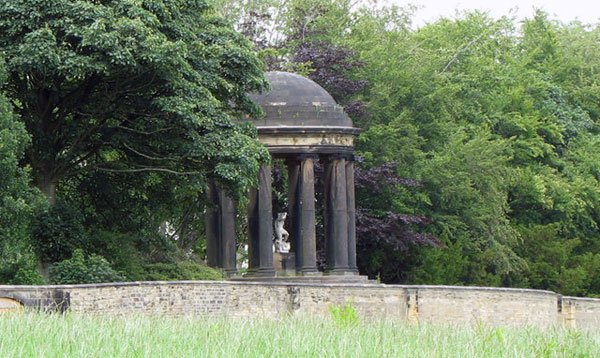 The public reaction was – and continues to be – overwhelmingly positive. ‘THE best tour we have ever been on!’ writes Philip, reviewing online. ‘Amazing morning on the Fitzwilliam tour today,’ says Karen. Eunice thinks she now prefers Wentworth Woodhouse to Chatsworth, while Giovanna says she ‘Got lost inside. Overwhelmingly huge.’

With an estimated £40 million of restoration work needed, Wentworth Woodhouse was offered to an ambitious Preservation Trust in February this year. This means lots more tours, events and public access – all supported by the National Trust for the first five years. ‘The house has been under the radar for a long time,’ says Helen Clark of the NT. ‘It’s fantastic news it’s been saved.’

When the sale is finalized this month and the preservation experts step in, this will be Britain’s hot heritage ticket. To take a tour of Wentworth house and its 82 acres of grounds is to experience at close quarters the rise and fall of Britain’s elite – from inheritance fights to rumors of lunacy; philandering earls to illicit love; military heroism to a class war that literally ripped apart the local landscape.

Just now, the house is still under the radar. But a planned BBC adaptation of Black Diamonds, possibly filmed in situ, is set to turn Wentworth Woodhouse into a Highclere Castle (the real ‘Downton Abbey’). My advice is to waste no time in travelling to South Yorkshire…before the rest of the world hears about it.