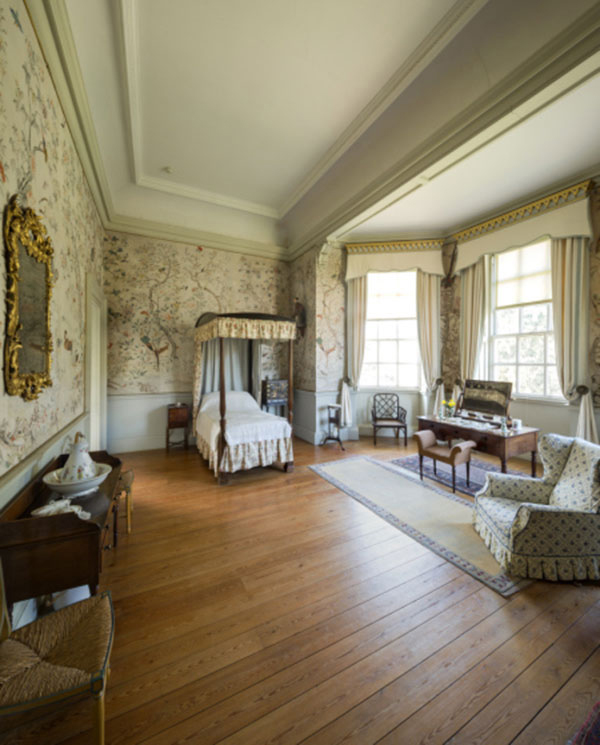 The Chinese Bedroom at Felbrigg Hall, Norfolk, is a creation of the early 1750s, as William Windham II was remodeling the house with the help of architect James Paine. It was then called the Bow Window Dressing Room. 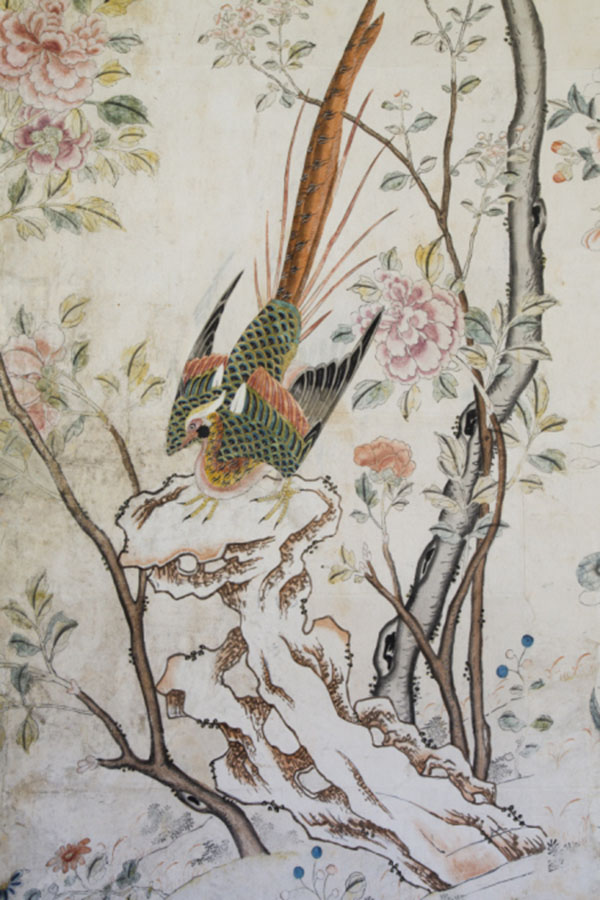 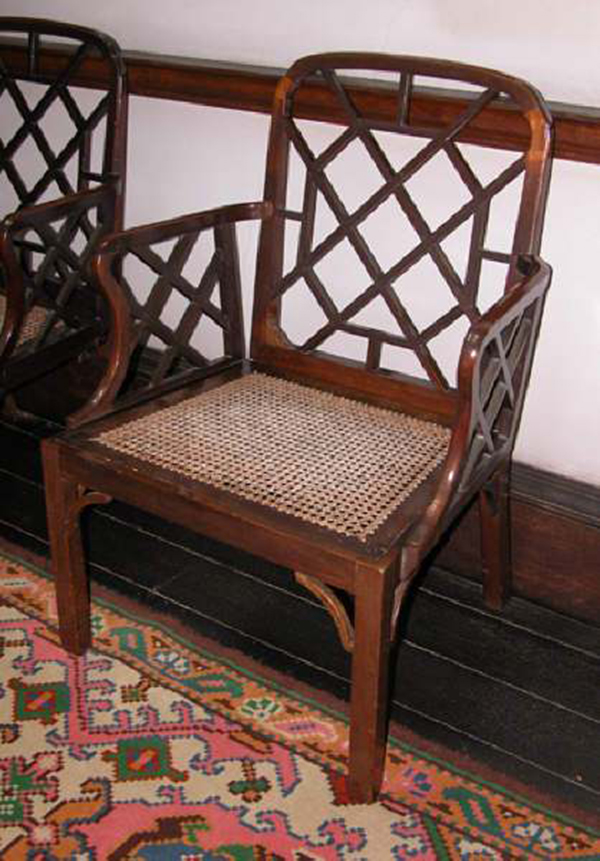 Windham grumbled about the cost of hiring a London specialist, ‘at 3s.6d per diem while at Felbrigg & 6d per mile traveling charges, which I think a cursed deal.’ But looking at the careful cutting and pasting of the wallpaper, condensing or stretching it to make it fit the room, it is clear that this required a high degree of skill and design sense.

A 1771 inventory mentions six mahogany Chinese-style English armchairs in this room, with fretwork backs and armrests, and these are still in the house today. The fire-screen in the room, listed as having been decorated with ‘India paper’ – a Chinese picture or fragment of wallpaper – is now gone, but a similar example survives at Osterley Park. 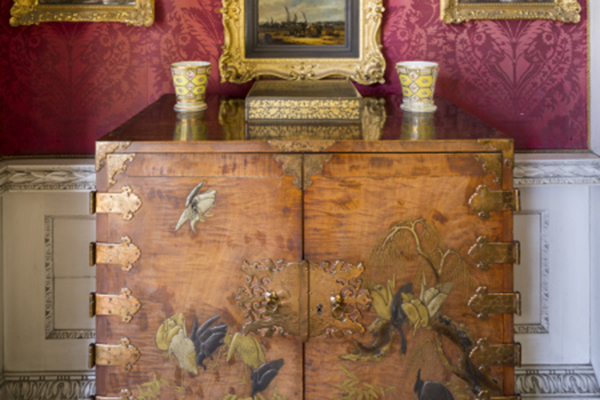 The ‘very fine India cabinet, brown and gilt’ also listed in the Bow Window Dressing Room is still in the house, albeit in a different room. It is in fact a Japanese lacquer cabinet, decorated with herons in relief against a background of transparent lacquer showing the grain of the wood. It dates from the late seventeenth century and may have come to Felbrigg in the time of Windham’s grandfather, William Windham I, who built the west front of the house in the 1680s.

In rebuilding Felbrigg William II showed an antiquarian sensibility, respecting the earlier parts of the building. The same attitude is evident inside, as he combined the newly fashionable Chinese wallpaper with his family’s older Asian heirlooms.