While countries like Italy and France forged their reputation on the pleasures of the vine, Britain is better known for its ales, ciders, and whiskies. Try these recipes to liven up the old standbys 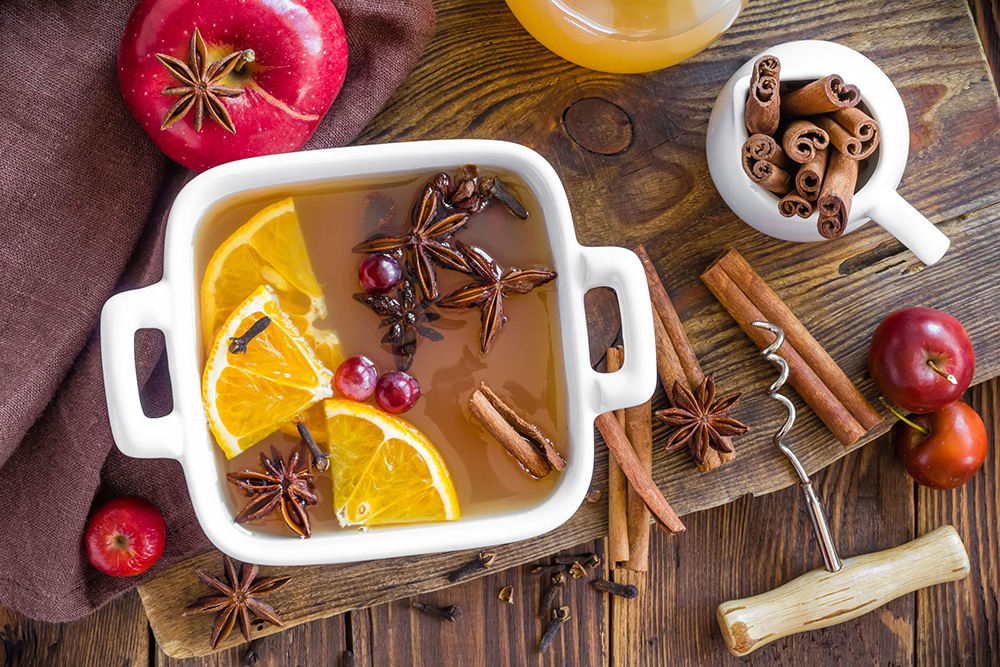 In the Middle Ages, everybody drank ale—from the moment they were weaned. Water wasn’t safe and most milk was made into butter or cheese, with the whey and any spare milk generally given to the old and the sick.

Broadly-speaking, any drink brewed from malted grain and water was considered ale. The best ale came from the south of England, and was made from malted barley. But elsewhere oats—and even beans—were added to the mash. The drink wasn’t as strong as today’s version, and it didn’t keep as well.

Beer—made from hops—kept better than traditional ale, but It needed more specialist equipment and, if possible, a brewhouse. Hops for beer were brought to Britain by merchants from Flanders and Holland, in the 1400s, but it was only in the 16th century that a hop-based ale—or beer—became popular. Just as today, beers were brewed to different tastes and strengths. The malt would be used several times when brewing: its first use produced the strong beer, used again it would be weaker, and the third or subsequent brew would be weak or “small” beer.

Beer would often be heated in winter. Who better than Mrs. Beeton to provide a recipe for Mulled Ale? She considers the amount below to be “sufficient for 4 person,” and the cost in the 1881 edition to be “one shilling.”

Heat the ale with the sugar and cloves. Don’t allow it to boil. At the same time, warm a jug by rinsing it out with boiling water. Pour the hot ale into the jug, adding the brandy or run and grated nutmeg to taste.

Hot Toddy is the name used in the English-speaking world for a mixed drink with a spirit base that is served hot (it doesn’t refer to a particular recipe). It conjures up thoughts of steaming mugs of something slightly sweet and definitely alcoholic, and a hazy picture of people in oilskins or heavy outdoor clothes sitting around a roaring fire. They have just been out in very inclement weather and their fingers are clasped around the mugs; their faces are still very cold, but inside they are glowing.

Scotland is thought to be the original home of the Hot Toddy, so in this recipe, whisky is used to create a deeply comforting drink. Other spirits, such as brandy or rum, can be used. Oh, another thing—Hot Toddy will not cure the flu or a bad cold, but it may help make the symptoms bearable.

Mix the honey and lemon juice together with a little of the hot water until blended. Add the measure of whisky, then fill the mug with hot water. Drink while the mixture is still very hot.

Lamb’s Wool is so-called because of the froth on the top of this warmed drink. This comforting drink was originally devised for warming cold Oxfordshire herdsman coming in from the fields. Oxfordshire has always been famous for its wool, so the name is particularly appropriate.

Place the ale and wine in a pan and heat gently until just below boiling. Stir in the spices and sugar. Heat the milk in another pan, then beat in the ale, a little at a time, so that it froths. Serve piping hot. 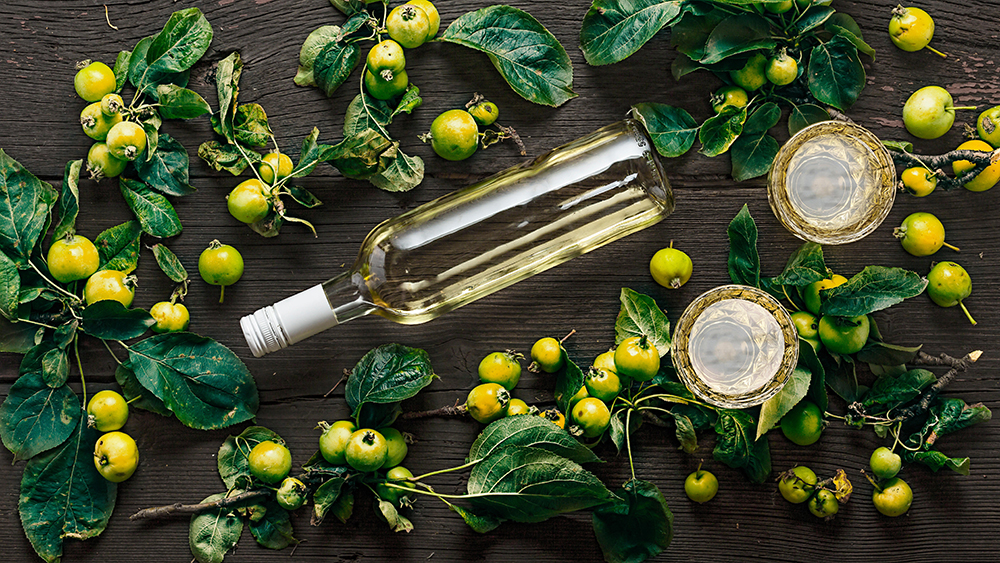 Cider was only drunk in regions where there were cider orchards, and was generally for special occasions. In 1587, speaking of cider and perry (the latter made from pears, rather than apples), William Harrison remarked that “Certes these two are very common in Sussex, Kent, Worcester and other steads where these sort of fruit to abound, howbeit, they are not their only drink at all times.”

This recipe for a cider punch come from a book of cider recipes produced for HP Bulmer, a cider company in Herefordshire, a county famous for its cider apples.

Wash and hull the strawberries, then place in a small bowl. Shave the zest from the orange carefully so that the strips are really thin. Put them in the bowl with the strawberries and add orange liqueur and squeezed orange juice. Cover the bowl and leave to stand overnight.

Next day, just before you are going to serve the punch, add the cider, sparkling water and ice cubes. A fresh mint leaf in each glass in the finishing touch.