From Albrecht Dürer to John Piper, new exhibition looks at how the skies have been depicted in art 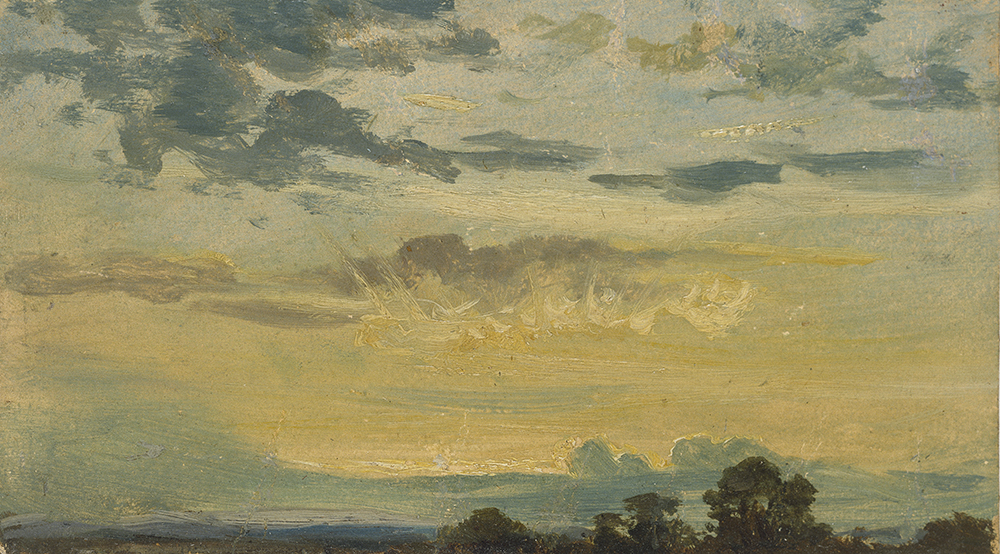 A new touring exhibition focusing on aerial rather than terrestrial landscapes is opening at the National Trust’s Petworth House in Sussex offering visitors the chance to view masterpieces spanning 500 years of European art.

Showcasing nearly forty objects from the Ashmolean Museum, University of Oxford, Skyscape is inspired by John Constable’s (1776 – 1837) famous statement of 23 October 1821 that ‘It will be difficult to name a class of landscape in which the sky is not the keynote, the standard of scale and the chief organ of sentiment’.

Skyscape begins with depictions of the sky as the dominion of the divine. Narratives of revelation, redemption, and judgement from Classical and Christian traditions are represented, including Albrecht Dürer’s (1471–1528) famous and minutely detailed engraving Nemesis and Rembrandt’s (1606–1669) most celebrated landscape etching, The Three Trees. Another highlight is a striking renaissance Limoges enamel of the Crucifixion with a backdrop of gilded cumulus clouds.

‘It will be difficult to name a class of landscape in which the sky is not the keynote, the standard of scale and the chief organ of sentiment’.

With the recognition of landscape as a discrete artistic genre during the seventeenth century, and the emergence of meteorology as a scientific discipline in the late eighteenth century, the sky became a subject in its own right.

The majestic watercolour Sepulchral Remains in the Campagna by J. R. Cozens, where the sky rather than the Roman countryside dominates the composition, reveals his influential genius for conveying shifting weather through delicately blended watercolor washes.

Yet the sky retained its capacity for heavenly symbolism and increasingly became a vehicle for emotional expression. Clouds could suggest transience or magnificence, storms might embody threater or drama, while sunrises and sunsets often evoked meditations upon death and renewal. 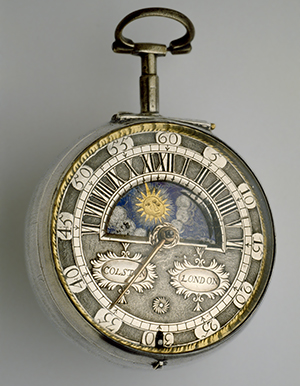 For the Victorian polymath John Ruskin (1819–1900), meteorological accuracy in art was a means of revealing spiritual truths. The exhibition includes two of his vividly coloured watercolours of the dawn. He described making such works as ‘bottling skies’ in the same way that his father, a prosperous sherry merchant, preserved vintages. A habitual early riser, Ruskin urged his students in The Elements of Drawing (1857) to make daily studies of the dawn, declaring ‘Love that rightly with all your heart, and soul, and eyes; and you are established in foundation laws of colour’.

The spiritual and emotive aspect of skies persisted in the work of British twentieth-century artists as diverse as George Clausen (1852–1944), Paul Nash (1889–1946) and John Piper (1903–1992). Commissioned by Queen Elizabeth in 1941 to make a series of topographical records of Windsor Castle, Piper’s stormy skies over the royal residence represented imminent threat of the War and the Luftwaffe. However, this sombre symbolism was ignored or deplored by King George VI who wryly remarked, ‘you seem to have very bad luck with your weather, Mr Piper’.

Rebecca Wallis, Curator for Petworth says: “We are delighted to be the first venue for Skyscape. This Ashmolean Museum exhibition resonates beautifully with the significant art collections here at Petworth, located within the International Dark Sky Reserve of the South Downs.

“It is a rare treat to see how a range of artists across the centuries have depicted skyscapes and the many emotions these can provoke.”

The exhibition has been organised by the Ashmolean Museum, University of Oxford.