Rare sightings and uncharacteristic behaviours have been noted by staff at the Trust, who say the absence of visitors appears to have emboldened wildlife, with birds and mammals spotted venturing out of their usual territories 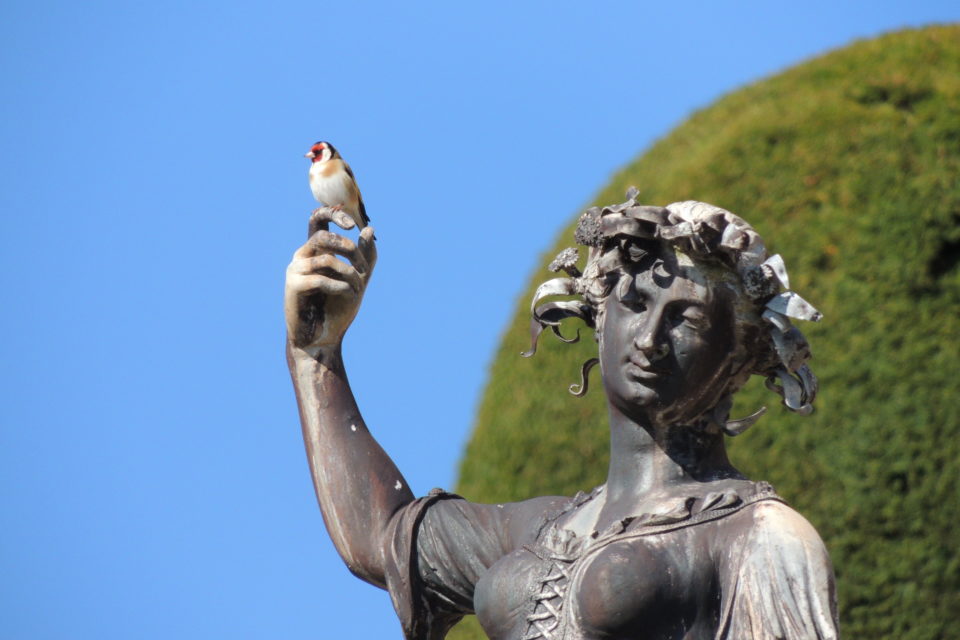 Reports from rangers and gardeners include peregrine falcons nesting in the ancient ruins of Corfe Castle in Dorset, English partridges wandering in an empty car park near Cambridge, and a cuckoo calling at Osterley in west London, having not been heard there for 20 years.

David Brown, National Trust ecologist at Corfe Castle, said: “This is the first time peregrines have nested here since the 1980s. With the site the quietest it has ever been, the great curtain walls are an ideal spot for these powerful birds, which look for isolated and inaccessible places to build a nest. Amongst all the uncertainty, it has been heartening to see nature colonising the landscape in our absence.” 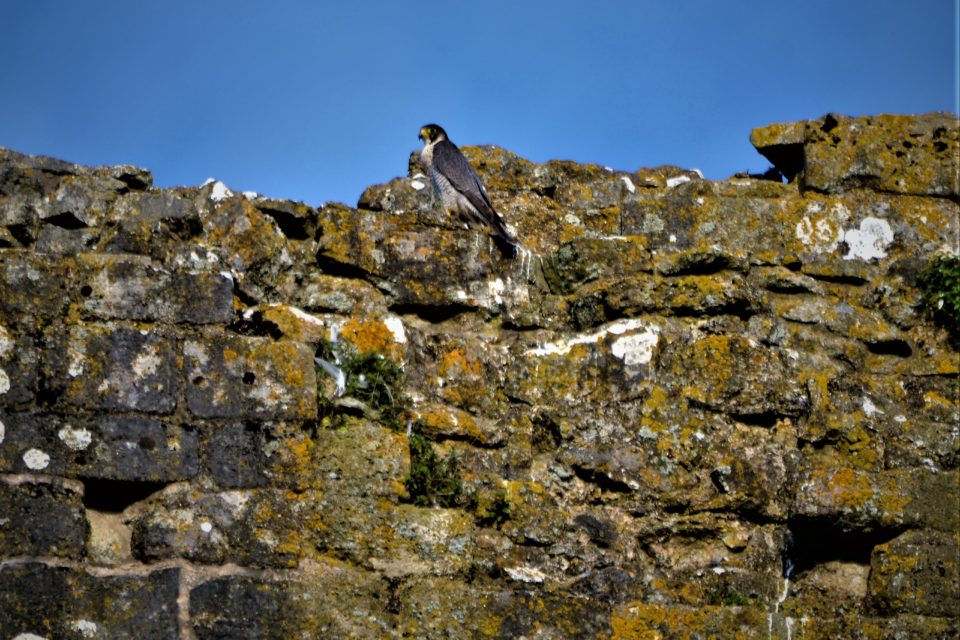 At Plas yn Rhiw, on the Llyn Peninsula, stoats, weasels and hares have come in from the woodland to explore the gardens, usually filled with visitors, while in the Peak District, rangers report being able to hear the otherworldly call of the curlew in areas that are normally much busier.

Meanwhile in Norfolk, a buzzard was spotted tucking into its lunch in the orangery at Felbrigg Hall, and at Ashridge Forest in Hertfordshire, the rare sound of a grasshopper warbler was recorded in a typically busy dog-walking area. 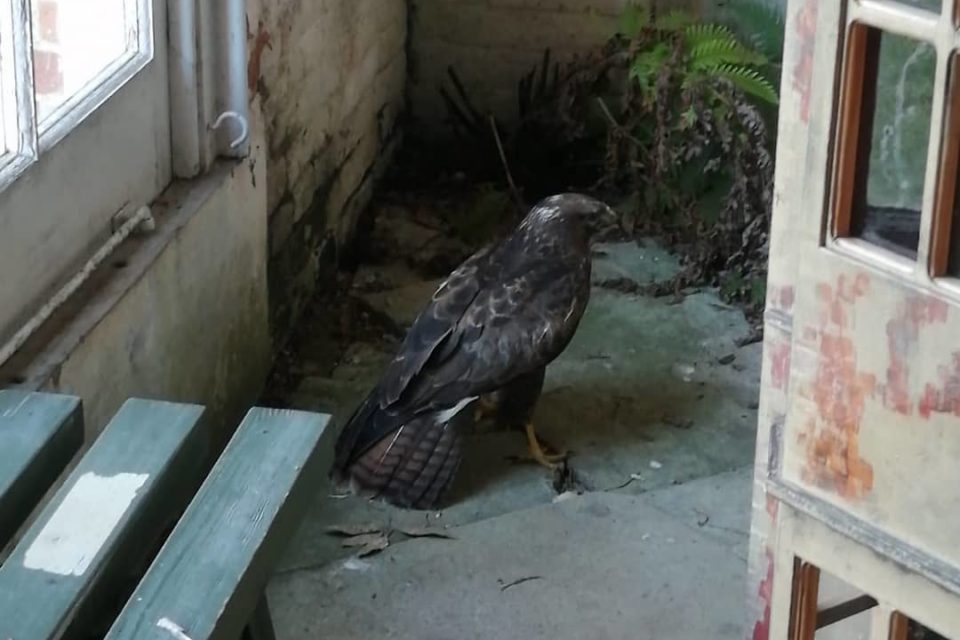 Buzzard in the Orangery at Felbrigg, Norfolk

Little owls have also been making their presence felt, with gardeners at Ham House in London noticing the birds venturing further into the garden from the adjacent river meadows. 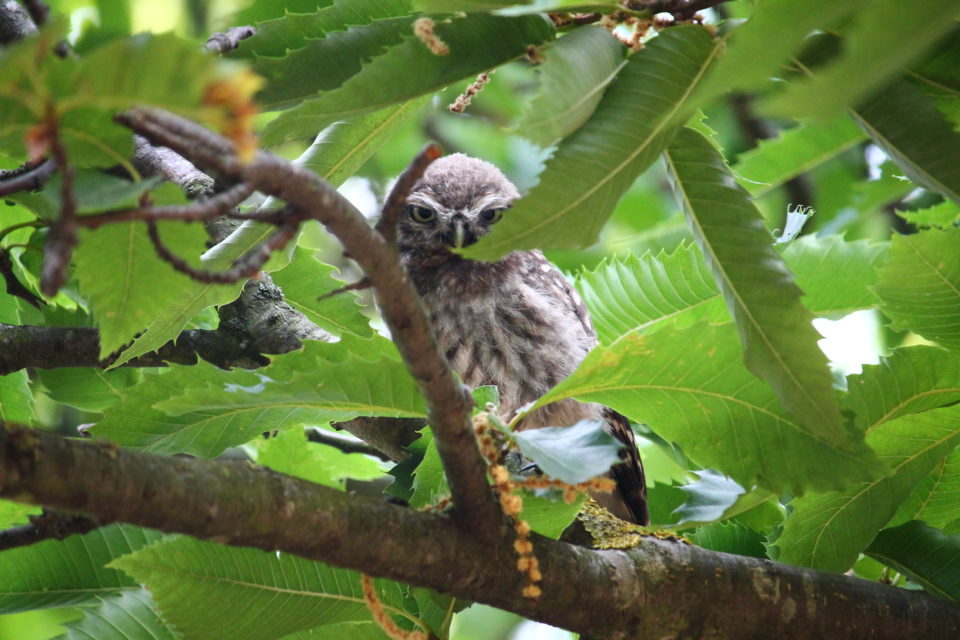 Plants too are taking advantage of the quiet, with delicate forest floor species like bluebells and wood anemones flourishing. 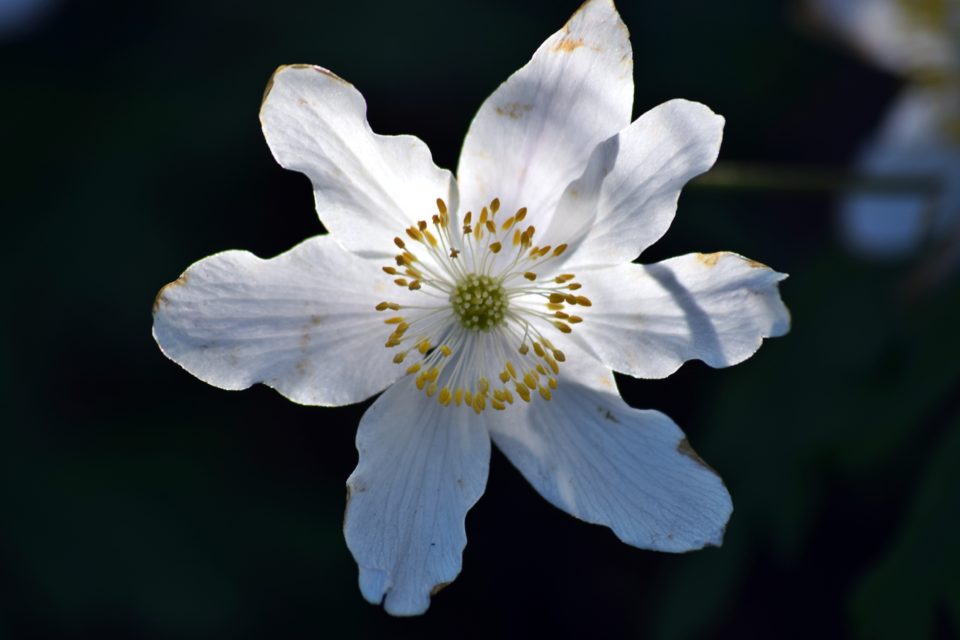 Many sightings have been captured on camera including a family of badger cubs playfully exploring the Mount Stewart estate in Northern Ireland by daylight, a rare albino badger in the woods at Cliveden, in Berkshire, and a pipistrelle bat making itself at home in a deserted Lake District car park. 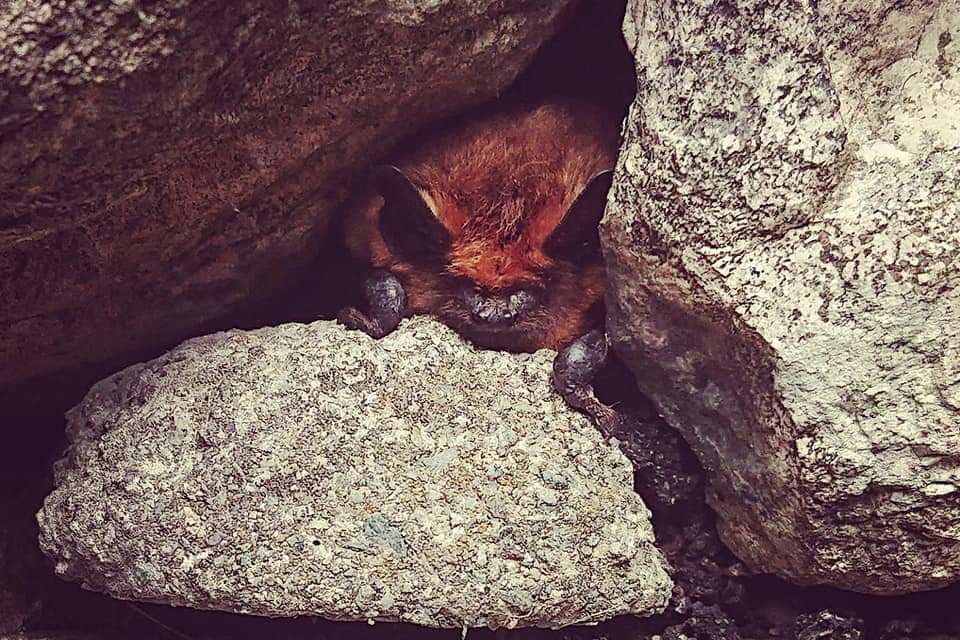 On Friday, two male orca were seen in Strangford Lough in Northern Ireland.The orca are believed to have belonged to a pod of just eight animals, that comprised the West Coast Community, the UK’s only resident pod of Killer Whales. They spend much of their time in the Inner and Outer Hebrides and the western seaboard of Scotland.

Otters too have been spotted enjoying the quiet at Nunnington Hall in Yorkshire and Mount Stewart in County Down, with those at the Northern Ireland site travelling from the lough to explore the lake in the grounds of the neo-classical house. 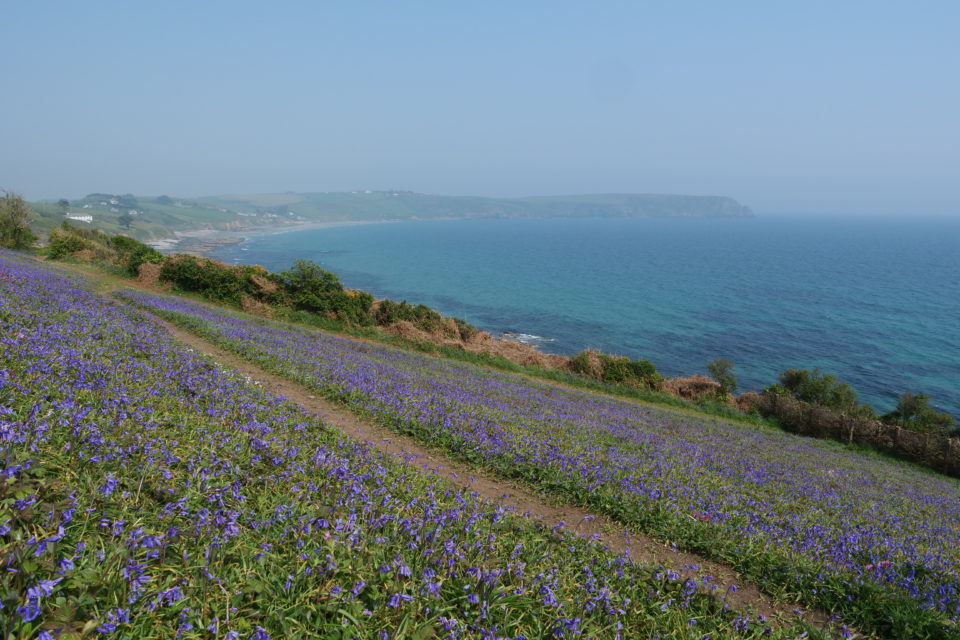 Ben McCarthy, Head of Nature Conservation at the National Trust, said: “It has only been eight weeks but wildlife seems to be enjoying the breathing space. With less traffic and fewer people, we’ve heard deafening levels of birdsong and seen famous monuments and formal gardens colonised by wildlife. Nature’s recovery is still a long way off, but the fact that people are noticing what’s around them is something to be celebrated. We hope this renewed sense of value for the outdoors will continue, with people making the most of their urban and rural green spaces and supporting their local conservation projects.”

Peacock on the terrace at Powis Castle and Garden, Powys, Wales.

While its properties are temporarily closed, the Trust is working on its reopening plans. From Wednesday May 13, the Trust started opening some car parks in England, in line with government advice, so people can access fresh air, open space and nature. Car parks which are staffed and have facilities, will take longer.

As it begins to welcome back visitors to its countryside and coastal sites, however, the conservation charity is asking people to be particularly careful not to disturb wildlife that may have moved into typically busy areas.

Not all species are enjoying the human lockdown, however.

Jackdaws, which enjoy feeding on scraps of food dropped by people, have not returned to Ham House since the lockdown. The birds were previously regular visitors to the 18th century estate and are valued by gardeners for their appetite for box moth caterpillars which have been ravaging the spectacular box hedging since 2017.

Peacocks at Powis Castle in Wales also appear to be missing the visitors. With no audience to show their ostentatious tail feathers to, the birds have taken to following gardeners on their daily rounds.

A peacock displaying his tail feathers at Powis Castle, Wales

The National Trust’s houses, gardens, shops and cafes are temporarily closed to help the nation restrict the spread of coronavirus.

With staff resources limited, and only essential work continuing, livestock has become an increasingly important tool for keeping the Trust’s meadows, lawns and parkland in order. 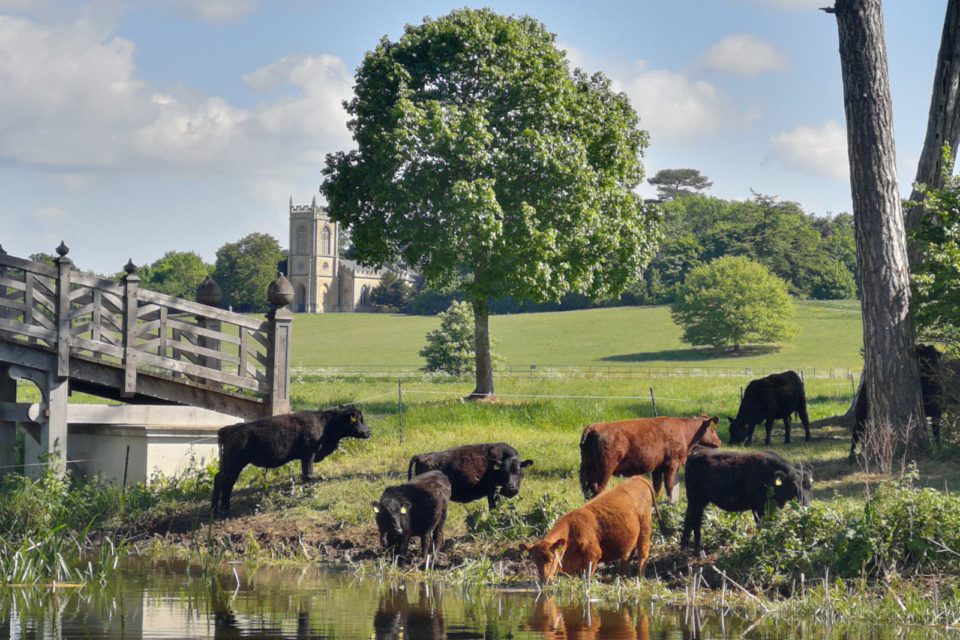 In Dorset, 27 Soay sheep have been introduced to the grounds of Corfe Castle to keep the scrub down. The new arrivals were chosen for their nimbleness on the slopes of the ruins and have the added benefit of eating and trampling bramble and ivy which could damage the ancient masonry if allowed to thrive. 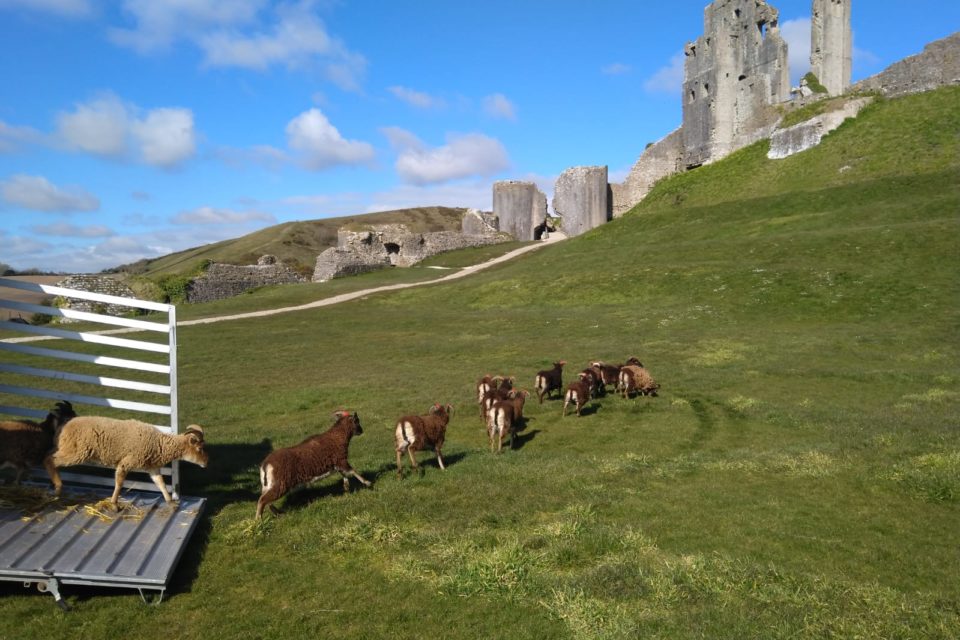 Similarly, at Osterley Park, in London, a herd of Charolais cattle owned by tenant famer Julian Sutton, have been moved from the fields to the front lawn to ‘mow’ the grass. It is the first time in 100 years the cattle have grazed the area in front of Robert Adam’s 18th-century palace. 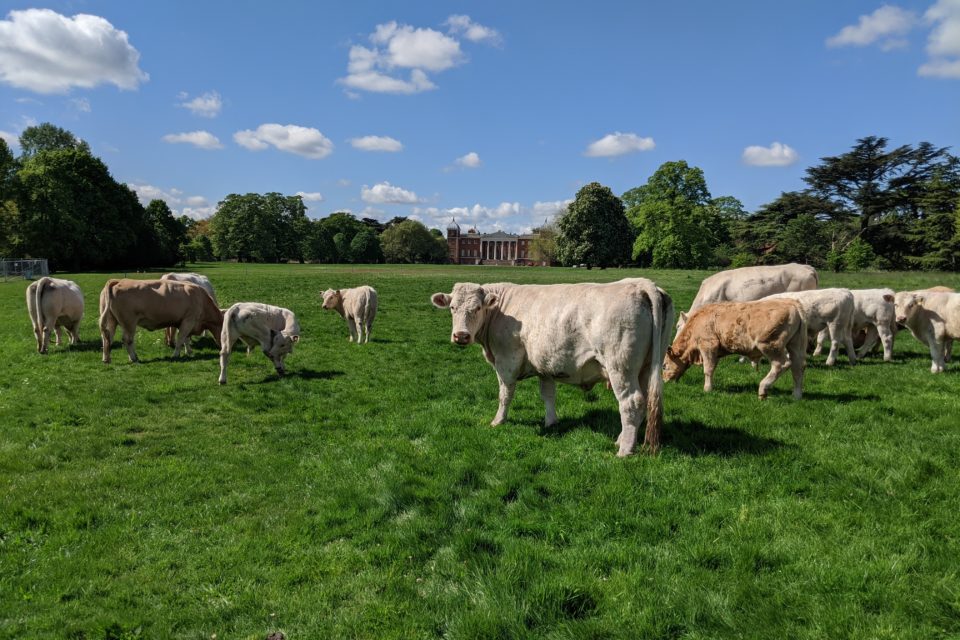