It is with heavy hearts that we bid farewell to Jessie Walker, a remarkable woman who became part of our Royal Oak family thirty years ago and remained active as a volunteer in our office until we closed due to the pandemic. She passed away quietly on April 13 at the age of 97. 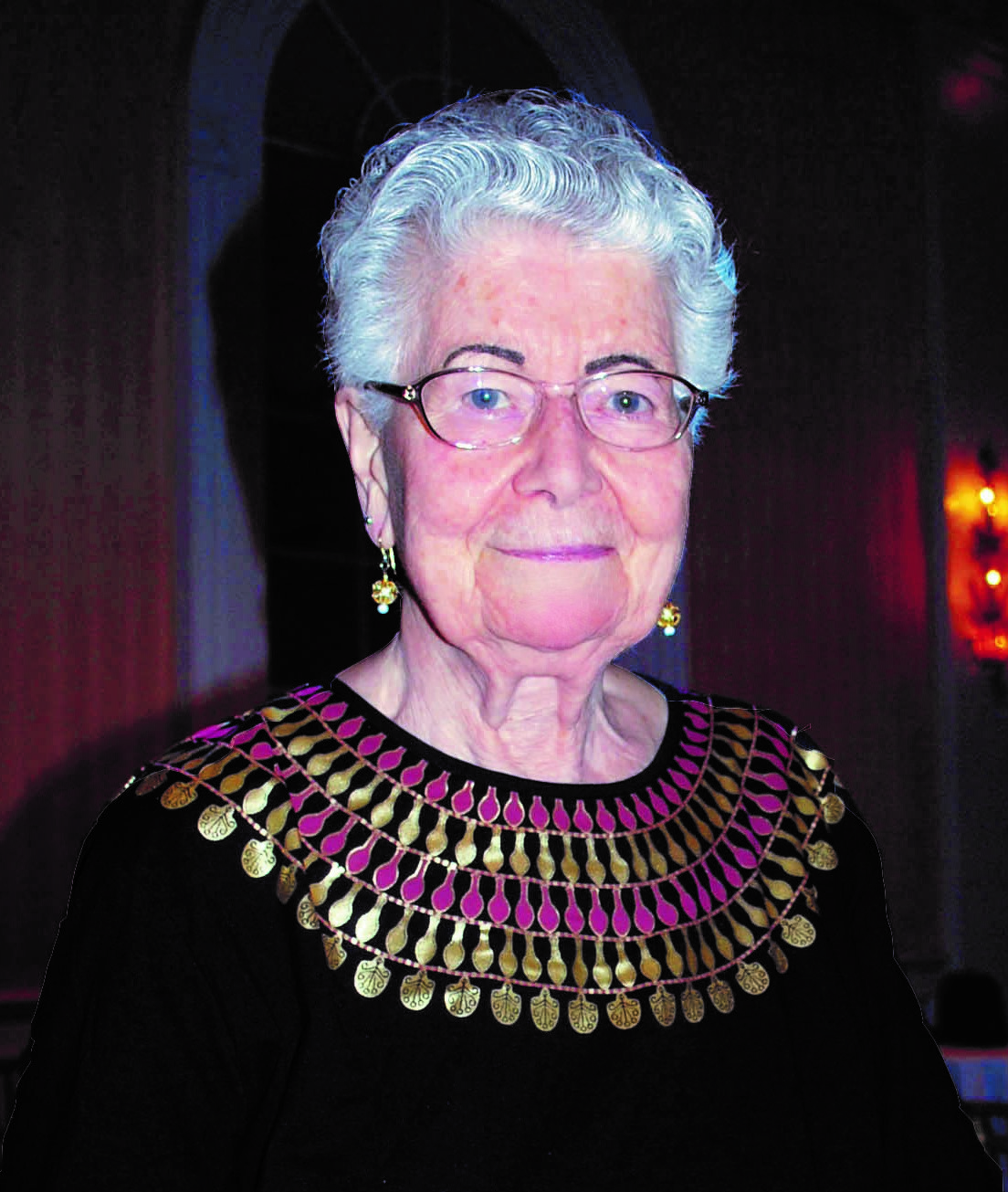 Jessie’s contributions to Royal Oak included her support through the Legacy Circle, her daily volunteering in our office and her legendary catering!

In the words of Jennie McCahey, our Program Director who worked closely with Jessie for so many years: “With her joie de vivre, active social calendar, kind nature, and true Scottish stubbornness, I really felt like she would live forever.”

So did we all. We thank you, Jessie, for your generosity of spirit, devotion to Royal Oak, and enduring friendship. We are grateful to have known you all these years and will surely miss you.

Later this year, Royal Oak will host a special gathering of friends and colleagues to raise a glass in celebration of Jessie and her amazing life. For now, we wish you God speed dear friend.

The article below appeared in the Spring 2016 Royal Oak Newsletter

The Countess of Canapés: Jessie Walker & the Royal Oak Community

Jessie Walker may have been born in Scotland, but her home is with her friends and New York family at Royal Oak’s Drue Heinz lecture series here in the United States.

“When I cater a Royal Oak lecture, and I see so many people enjoying my canapés, see so many people discussing English culture, I feel at home,” Jessie Walker says. “I feel like I’m part of this community.” It’s no wonder we have dubbed her the Countess of Canapés.

Indeed, Jessie is at the heart of the Royal Oak community and a cherished member of our organization. What started as a volunteer opportunity 24 years ago has evolved into a lifelong passion for Jessie. She discovered the Foundation in 1992 through our Drue Heinz lecture series, and immediately connected with our mission and the people it attracts. By 1993, she was catering a few lectures, and within months she was coming into our office every day livening up the staff with her Scottish flair. Lucky for us, she has not stopped lending a hand since.

She says volunteering “keeps me out of mischief,” a broad smile spreading across her face. “But really, it’s the people. The people are great and there’s always something going on. It keeps me on my toes.”

Through her work at Royal Oak, Jessie has made some of her dearest friends. “I spent Christmas this year with a couple I met through Royal Oak. We bonded over the years and have become close friends. Royal Oak members are such interesting people.”

Jessie, of course, is one of those interesting people. A native of Ayrshire, Scotland, she emigrated to the United States in 1957 and lived briefly in Westchester with relatives before finding a position in New York City with IBM. She held various roles at IBM branch offices throughout New York, eventually becoming special librarian. After she retired, Jessie began volunteering at Royal Oak, where she remains an active part of our office and lecture communities.

Outside of Royal Oak, Jessie is interested in the arts, especially music: opera, orchestra and ballet are her favorites. She is on the board of Opera Index, a volunteer organization that gives grants to young singers.

Jessie’s support of Royal Oak is not limited to her generous volunteer work (or the legendary egg salad she serves after lectures). Indeed, she is also a member of The Royal Oak Legacy Circle, one of the very first people to join. By pledging a gift to Royal Oak, Jessie deepened her lifelong commitment to our mission and gave us yet another reason to be grateful for all she does.

To Jessie, the decision to give was an easy one. “I want Royal Oak to continue to bring people together. It has welcomed me into this wonderful community, introduced me to so many people and I’m happy to know I played a part in our mission.”