When Paddy Leigh Fermor wrote this in a letter to The Duchess of Devonshire (“Debo”), Lismore Castle in County Waterford, Ireland, had been in the Cavendish family for centuries, since it was built by King John in 1185 and purchased from Sir Walter Raleigh in 1602. Since that time Lismore has been besieged, lain derelict, rebuilt and redecorated. The 6th Duke of Devonshire was responsible for the castle’s renovations from 1812-1822 that resulted in its present Gothic Revival appearance. During the mid-19th century, Sir Joseph Paxton (the designer of The Crystal Palace) made additions to the battlemented turrets and façade, while John Gregory Crace, the leading maker of Gothic Revival furniture, and his partner designer A.W.N. Pugin were commissioned to transform the ruined chapel into a medieval-style banqueting hall. The hall has huge perpendicular stained-glass window, choir-stalls and Gothic stenciling on the walls and roof timbers. Pugin also designed chimney-pieces and furnishings and the castle contains some of the finest examples of domestic Pugin furniture still in private hands. The most recent renovations done by William Cavendish, Earl of Burlington, and his wife Laura bring the castle into the 21st century. In 2005 Lord Burlington converted the derelict West Wing into a state-of-the-art contemporary gallery and arts center. Since then Lismore Castle Arts has organized over 50 exhibitions along with an annual program of lectures, residencies and workshops. Lord Burlington will give Royal Oak members an illustrated personal tour of Lismore castle, where Adele Astaire, wife of the younger son of the 9th Duke of Devonshire—and also sister and former dancing partner of Fred Astaire— lived until her husband’s death in 1941. Lord Burlington will guide us through the Castle’s fluctuating 800 year history; show the remarkable Pugin interiors; trace the Cavendish family’s American connections; and explain how the castle has evolved into a much loved family home, as well as a center for international contemporary art and education.

This lecture is generously supported by Chris and Laurie Nielsen, and Mr. and Mrs. Dwight M. Cleveland.

Thank you to our co-sponsors: The Irish Georgian Society, Inc. and American Friends of Attingham. William Cavendish, Earl of Burlington, is Deputy Chairman of the Devonshire Group and heir to the dukedom of Devonshire. Formerly a photographer, Lord Burlington now works full time for his family businesses in the UK and Ireland, for which he chairs the family’s sustainability and social responsibility steering group, among other things. Lord Burlington has a passion for education and is Chairman of the Devonshire Educational Trust, which oversees approximately 20,000 educational visits per year and in 2016 he co-founded the now annual Towers and Tales children’s literary festival at Lismore Castle. In March 2018 Lord Burlington became the Chancellor of the University of Derby. He is a committed believer in continued professional development and has recently been studying entrepreneurship and strategy at Harvard Business School, as well as Museum Leadership at the Getty Institute in Los Angeles. He is married to Laura Cavendish, who spoke to Royal Oak audiences last fall on the history of fashion at Chatsworth. They have three children under the age of ten and divide their time between the UK and County Waterford, Ireland. Click here to visit Lismore Castle’s Instagram account: @lismore_castle. 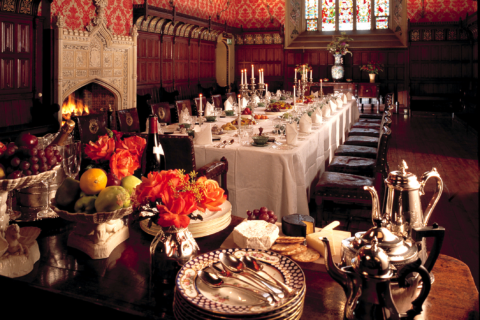 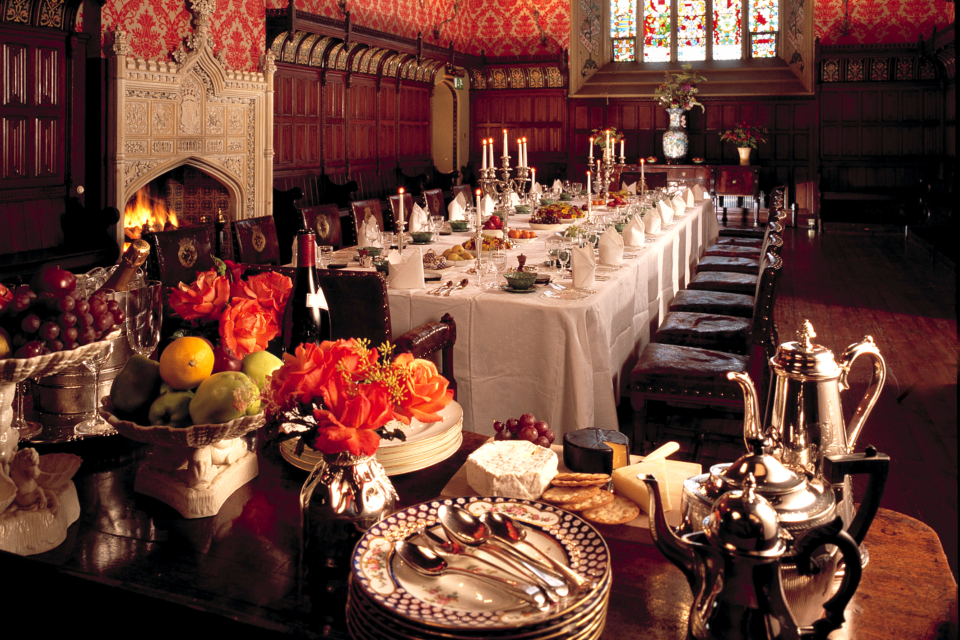