A reminder of those that made millions mining in the mountains, the railroads, or trade, The Molly Brown House Museum stands as an enduring symbol of Denver’s changing society at the turn of the 20th century. Built for a couple who made their fortune in silver mining, architect William Lang combined Queen Anne and Richardsonian Romanesque styles for the house and included all the modern conveniences—electricity, indoor plumbing, heat, and telephone.

The house sold in 1894 to James Joseph “J.J.” and Margaret Brown. Margaret “Molly” Brown (nee Tobin) had been born in Missouri and moved to Colorado with her two brothers when she was 15 years old. Within a few years, she married James J. Brown (1854-1922), who would eventually strike it rich in the Colorado gold mines. Despite

Molly’s lavishly decorated house and magnificent parties, where she welcomed visiting royalty and international figures, the so-called “Sacred Thirty-Six” of Denver’s doyennes completely bypassed her. Known for speaking her mind, and her philanthropic endeavors, the Browns became friends with the likes of the Rockefeller’s and the Astor’s. Molly began to travel to the cultural capitals of the world, such as Paris, London and New York, to study art, music, design, etc. Her voyages led her to be on the RMS Titanic on the fateful night of April 15, 1912.

During the disaster, Molly showed her courage and leadership, taking charge of the famous “lifeboat No. 6,” keeping up the spirits of the survivors with her humor, and tough personality. In an interview after her rescue, she shrugged off her efforts by saying “I’m unsinkable”—leading to her famous nickname. Historic Denver, Inc. was founded to save the historic house from the wrecking ball and today the house is open as a museum.

Join Royal Oak as we explore one of Denver’s magnificent Victorian mansions, now restored to its original splendor, and learn about its most famous occupant, the “Unsinkable Molly Brown.” 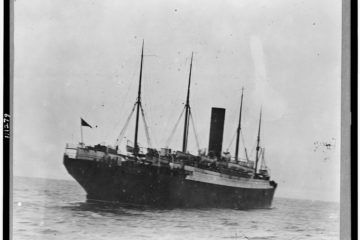 Between Thursday, September 30 to Saturday, October 2

The Zoom video link will be sent to you on Thursday, September 30 at 11:00 a.m. (eastern).
The rental of the tour will be hosted on the Zoom website and only available for streaming until Saturday, October 2 at 11:59 p.m. (eastern).  The video will not be available after that date and time. It cannot be downloaded.
Share this...