Emily Dickinson (1830-1886) is considered to be one of America’s leading 19th-century poets, despite only publishing a few pieces during her lifetime. It was not until after her death in 1886 that she became famous when her sister Lavinia found the bulk of Emily’s poetry (over 1,800 poems) in a locked chest in Emily’s bedroom at her home, the Homestead.

The Emily Dickinson Museum in Amherst Massachusetts is comprised of two historic houses that were merged in 2003. The first is the Homestead, Emily’s birthplace and home; while next door the Evergreens was home to her brother Austin and his family. Dickinson occupied the Homestead for much of her life, occasionally attending local schools.

While at home Dickinson is recorded as attending local events and being social. But by the mid-1850s, after the death of several friends and her mother becoming bedridden, Dickinson began to confine herself to her house. She became a recluse and took to interacting with visitors through closed doors. Dickinson’s friendships depended entirely on her vast correspondence. The poet’s complete works were not published until 1955.

Join Royal Oak as we take a virtual tour of the Emily Dickinson House Museum, which has recently reopened after completing its most significant restoration project to date. We will explore the author’s beloved home and learn about the life and writings of this exceptional and reclusive poet. 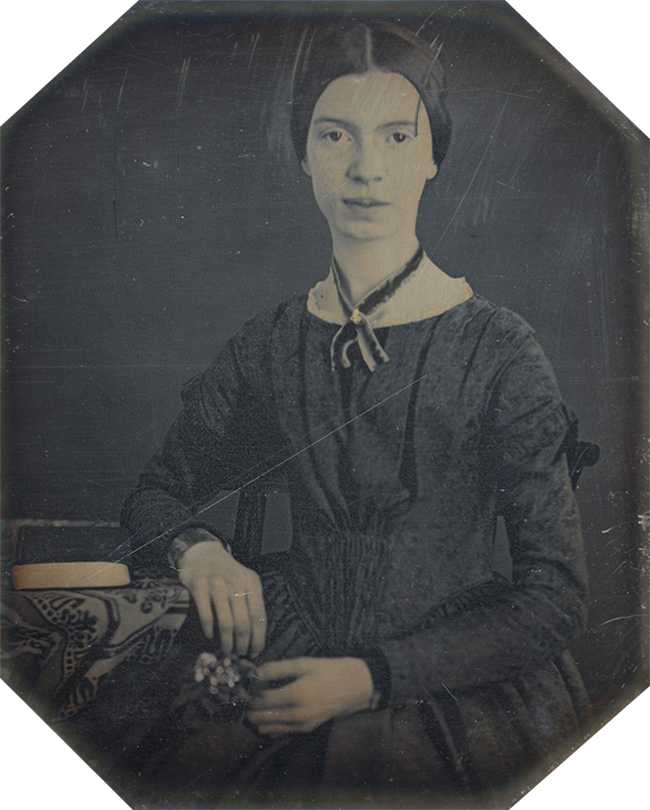 The Zoom video link will be sent to you on Wednesday November 2nd at 12:00 p.m. noon (eastern).
Please check your spam or junk folder if you do not receive the link in your inbox. If it is not there by 1:30 p.m. (eastern), contact us right away at zoom@royal-oak.org.
The rental video will be hosted on the Zoom website and only available for streaming until Monday, November 10th at 11:59 p.m. (eastern).  The video will not be available after that date and time. It cannot be downloaded.
*If you are a Royal Oak member, you must be signed into the website to register as a member. Click the sign in button at the top right of the shopping cart. Add the standard ticket to the cart and the discount will apply at check out.
Share this...