From J.K. Rowling who described September as “crisp and golden as an apple,” to the 17th-century English poet, Andrew Marvell who exclaimed: “What a wondrous life is this I lead! Ripe apples drop about my head,” many think of this season as a season for apples. Try these recipes to mark the occasion. 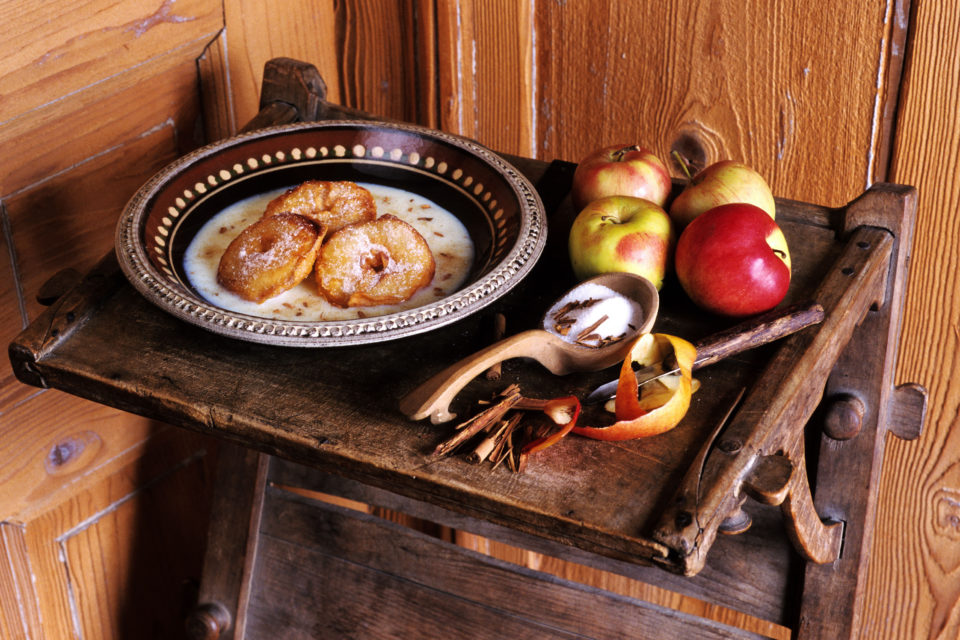 Apples and cinnamon take the cold out of autumn.

Apple Fritters in Ale Batter
“Frutours” or “fitours” were a great favorite on medieval menus. They usually appeared as part of the last course and were dusted with sugar. Sweet root vegetables such as parsnips, as well as almonds and edible flower, were also battered and fried. This recipes was researched by Sara Paston-Williams for the National Trust.
Serves 4

Make the fritter batter first so that it has time to rest for at least 30 minutes before using. 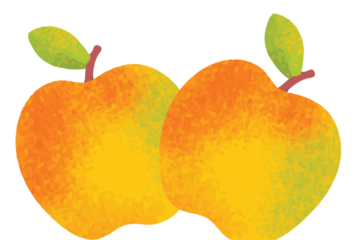 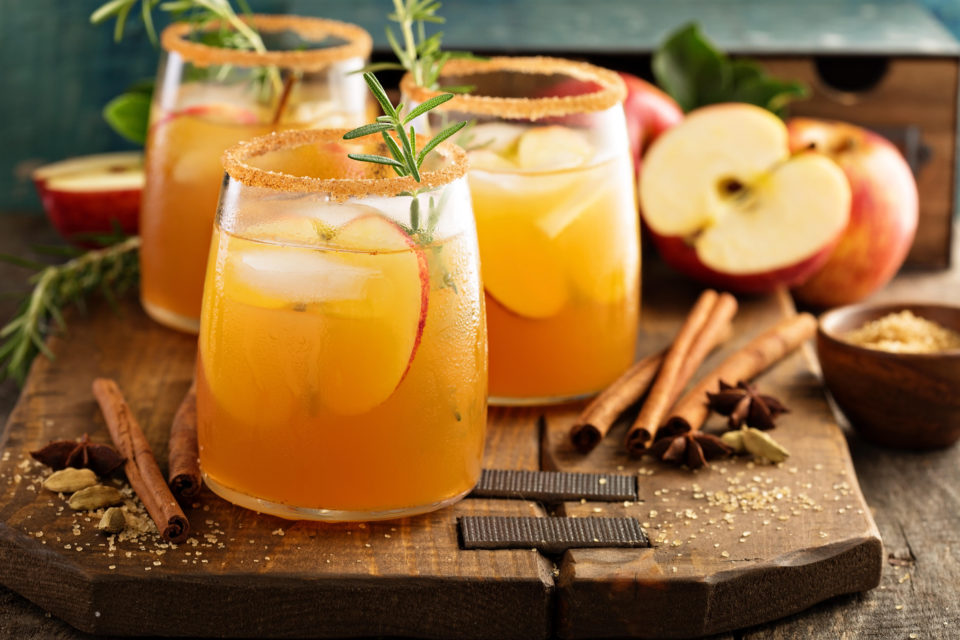 For extra sparkle, serve your cider with slices apples, ground cinnamon and sprigs of rosemary.

Homemade Cider
Many National Trust properties have apples growing both in walled gardens and in orchards. At this time of year, the apples are ripening and will soon be ready for harvesting. During this season, some of the properties make their own cider with the bounty. Try your hand at making cider using these instructions from the National Trust.